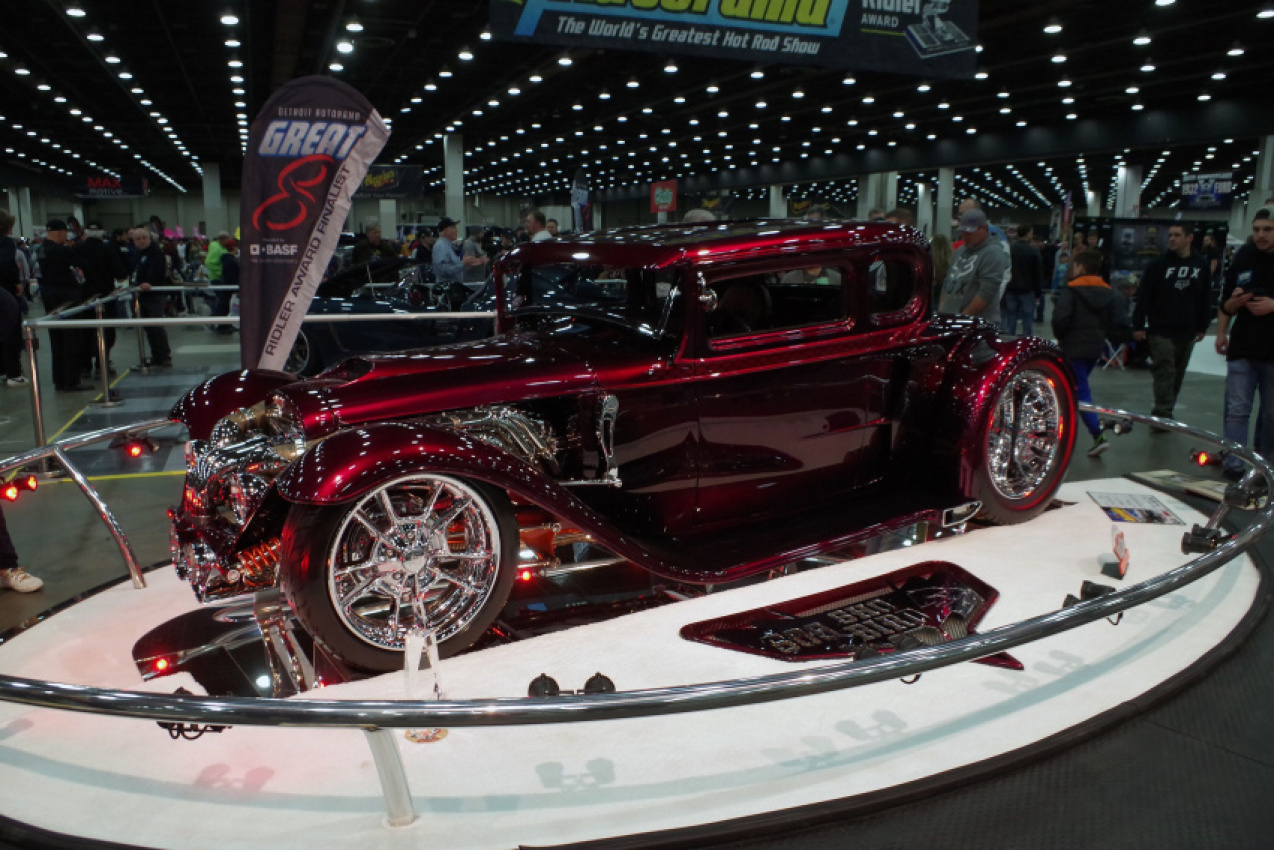 The Detroit Autorama is Michigan’s escape from the brutal cold and salt-covered roads that push on through March. This indoor car show has hosted some of the world’s finest custom cars since it kicked off in 1953.

Legendary car builders and historically significant cars have flooded the show floor for nearly 70 years but had to take some time off. Well, it’s back for 2022 in full force and added another impeccable car to its list of champions.

The highest honor at the Detroit Autorama is the Don Ridler Memorial Award. While many cars are up for the award, the finalists fall under the banner of the Great 8. This year’s Great 8 contenders featured a wide variety of cars, from pre-war hot rods to 1970s Chrysler products.

This engine is force-fed by a pair of 72-mm turbochargers. Just about every piece and panel on this pre-war Chevy has seen some massaging or custom work.

Though, not all the cars at Detroit’s Huntington Place, formerly known as Cobo Center, were vying for top honors. Many cars were either chasing smaller class trophies or just on exhibition for the public. One example is the recently auctioned Hirohata Mercury, a custom car that sold for nearly $2 million at the Mecum sale in Kissimmee, Florida, earlier this year.

The traditional hot rod hotbed in the basement was also as packed as ever. The mix of traditional custom cars, wild creations, and historically focused hot rods filled the less-competitive space and showed interest in old iron is as high as ever.

It might be hard to imagine heading to Detroit in the waning days of winter, but it’s always worth the trip.