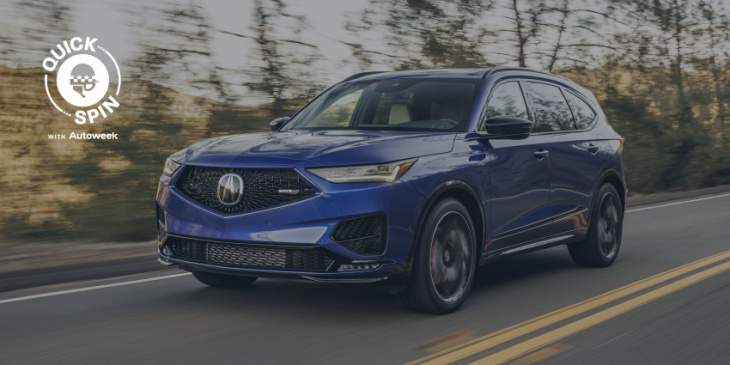 Acura’s MDX might not be the most exciting crossover. Even its more stylish RDX stablemate jumps off the page more than the three-row MDX. But the addition of the Type S package and its turbocharged 3.0-liter V6 turns this people mover into a more interesting machine. This engine replaces the standard, naturally aspirated 3.5-liter V6 and makes 355 hp and 354 lb-ft of torque. That’s a 65-hp and an 87-lb-ft bump over the standard MDX. Acura makes the Type S available with the legendary SH-AWD system that takes advantage of all that extra power. Acura also expands the luxury appointments for the MDX Type S, which includes premium leather and massaging seats.

On this episode of Quick Spin, host Wesley Wren hops behind the wheel of the 2022 Acura MDX Type S and puts it through its paces. Wren takes you on a guided walk around that highlights the MDX Type S’s features before taking you along on a live-recorded drive review. Adding to the show, Patrick Carone, head of special projects for Hearst Autos, joins the MDX discussion as the pair talk about its price, competition, market position, and what makes this Acura special.