The 10 Most Beautiful Cars According to Leading Automotive Designers

These stunning cars were deemed the most beautiful by more than 20 leading automotive designers. 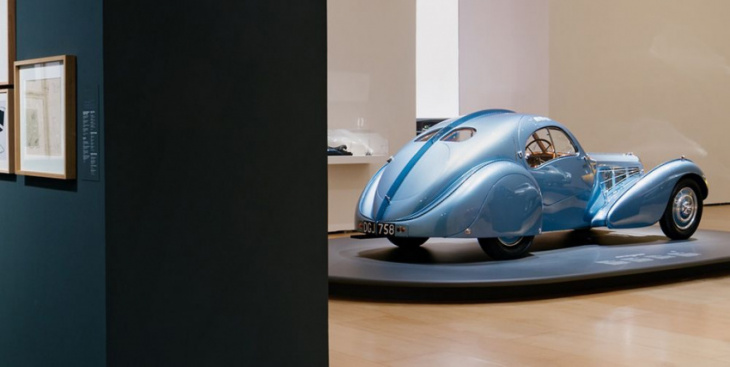 We recently asked a collection of 22 current and former design leaders in the automotive industry to share the 10 production cars they deem the most beautiful. While we expected differences between these leaders’ lists, we were frankly stunned by the fact we received more than 100 nominations. Of those, 69 received just one vote, while another 20 earned two. That left 15 with three or more votes and 10 with four or more. These vehicles are listed below, as are the names of the 22 design pros who lent their expertise and opinion to our search for the 10 most beautiful cars ever produced. 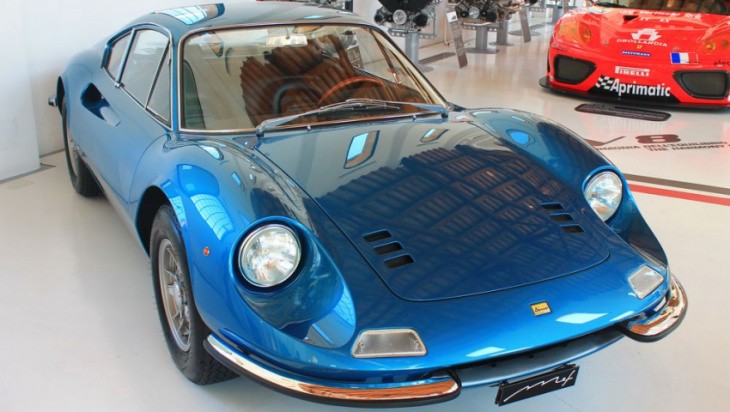 The Dino moniker honored Enzo Ferrari’s late son, Alfredo “Dino” Ferrari, who was credited with designing the V-6 engine used in the vehicles bearing the Dino badge (its script is based on Alfredo’s signature). Designed by Pininfarina, the 206 GT—a designation that referenced the 178-hp 2.0-liter V-6 powering it—was the first roadgoing Dino. A total of 152 206 GTs was built between 1967 and 1969 before the Dino 246 GT, with its 192-hp 2.4-liter V-6, succeeded it. After 1971, the 246 GTS offered a targa top.

“With round, sculptural surfacing, mid-engine proportions, and distinct front-end design, this one always stands out.” —Irina Zavatski, vice president of Chrysler Design 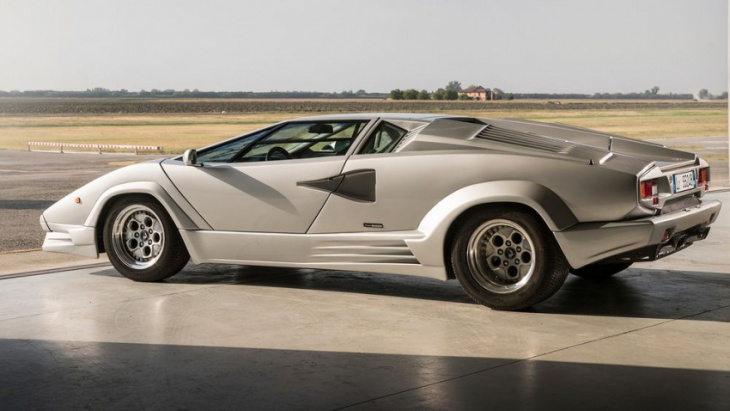 Hard to believe Lamborghini produced the wedgy mid-engine Countach for more than a decade and a half. Penned by Bertone’s Marcello Gandini, who had previously styled the gorgeous Miura, the Countach first appeared in prototype form at the 1971 Geneva Motor Show. The supercar soon entered production powered by a 370-hp 3.9-liter V-12 after the prototype’s design was fine-tuned to reduce aerodynamic drag, improve high-speed stability and engine cooling, and meet safety standards. It was further refined through succeeding model years, leading to the 449-hp 25th Anniversary Edition. 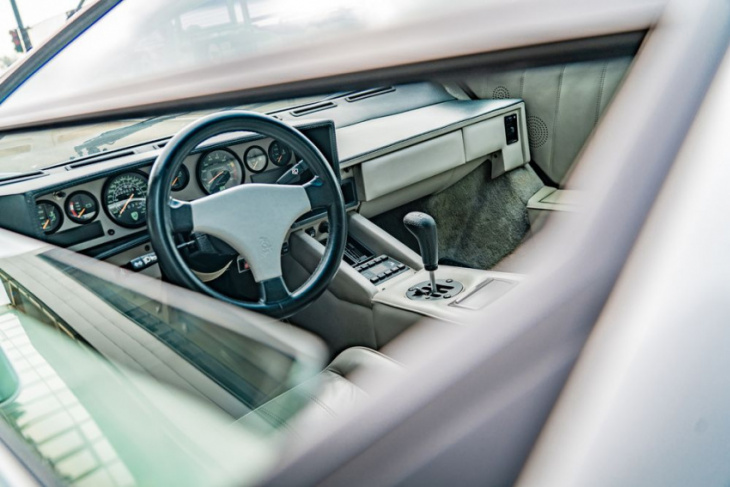 “Its overall design and proportions were so unexpected and outstanding that it made other supercars of the era look like classic cars.” —Anthony Lo, chief design officer at Ford Motor Company

“A true show car that made it to production.” —Henrik Fisker, founder, chairman, and chief executive officer of Fisker Inc. 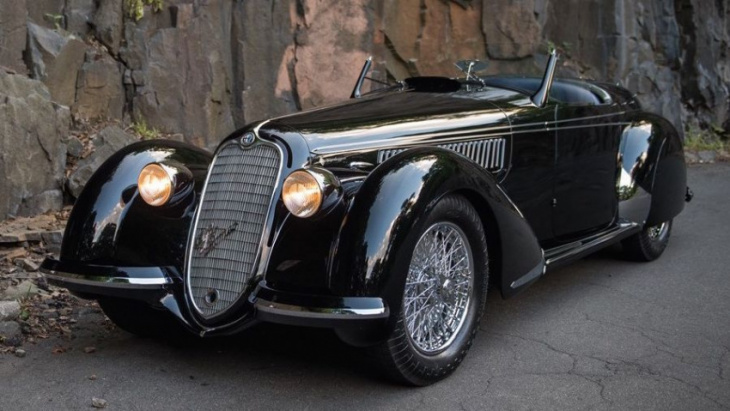 Alfa Romeo’s 8C 2900 was designed for racing, particularly the Mille Miglia. Based on the 8C 35 Grand Prix racing chassis, this mid-1930s Alfa used a 2.9-liter version of the company’s straight-eight with two Roots-type superchargers fed by two Weber carburetors that afforded it an output of more than 200 horsepower. Its fully independent suspension used Dubonnet-type trailing arms, coil springs, and hydraulic dampers in front and swing axles with transverse leaf springs in back. Available with one of two wheelbases—the 110.2-inch Corto (short) and 118.1-inch Lungo (long)—the 8C 2900B began production in 1937 with its engine detuned to less than 200 horses and some concessions to comfort and reliability. 32 production 2900Bs were built in the late 1930s and one more was built from leftover parts in 1941. Most wore beautiful bodies by Carrozzeria Touring, though a few sported lines penned by Pininfarina. 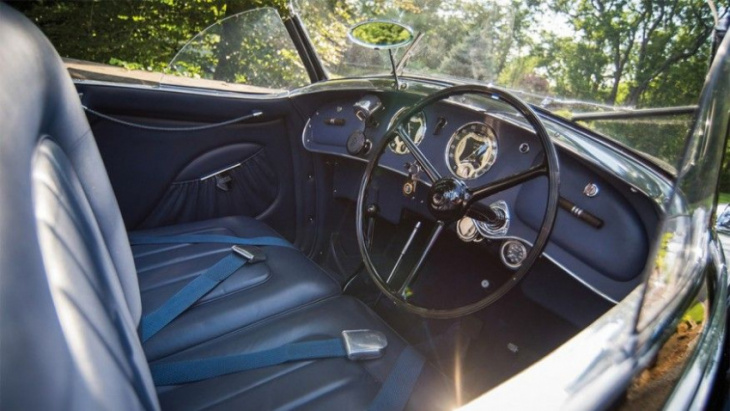 “This Alfa makes all others cringe when it rolls onto the lawn of any concours.” —Ralph Gilles, head of design at Stellantis 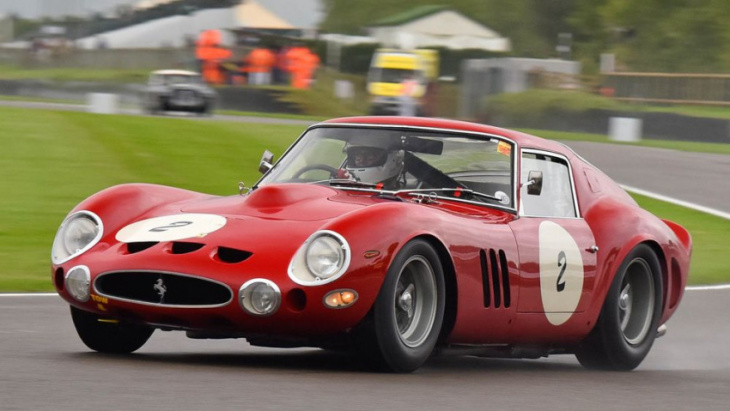 Ferrari built three dozen 250 GTOs from 1962 to 1964, primarily for homologation (official acceptance) into FIA Group 3 Grand Touring Car competition. As enthusiasts know, 250 denotes the cubic-centimeter displacement of each of the racer’s 12 cylinders, and “GTO” stands for Gran Turismo Omologato (Italian for “Grand Touring Homologated”). Of the 36 built, the first 33 wore 1962–1963 Series I bodies. The three 1964 models sported Series II (250 LM-like) skins. Four Series I cars were updated in 1964 with Series II bodies. 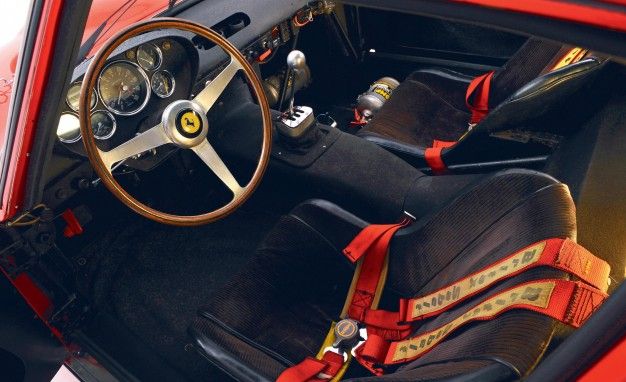 “The definition of a sexy, front-engine sports car.” —Jeff Hammoud, head of design at Rivian

“One of the most beautiful cars of all time.” —Ralph Gilles, head of design at Stellantis 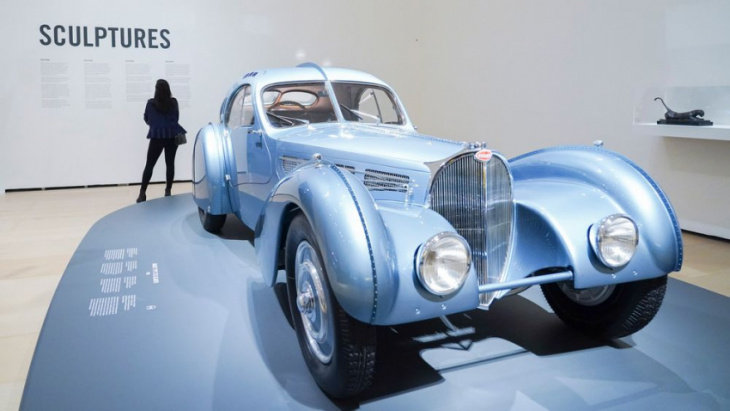 A total of 710 Bugatti Type 57 touring cars were produced from 1934 through 1940, each powered by the 135-hp 3.3-liter twin-cam straight-eight from the automaker’s Type 59 Grand Prix cars. These machines wore a smaller version of the Royale’s square-bottom horseshoe grille, and the sides of their engine covers sported thermostatically controlled cooling shutters. The two basic variants were the original Type 57 and the lowered Type 57 S/SC—”S” for Surbaissé (lowered) and “C” for Compresseur (supercharger). Just 43 S cars and two supercharged SCs were originally built, but some S owners returned their cars to Molsheim for installation of superchargers, which boosted the engine’s output from approximately 175 horsepower to around 200 horsepower. Bugatti built a total of four Atlantics: three for customers and one kept by Jean Bugatti, son of the automaker’s founder, Ettore. While the three customer cars are accounted for, the whereabouts of Jean’s Atlantic remains a mystery. 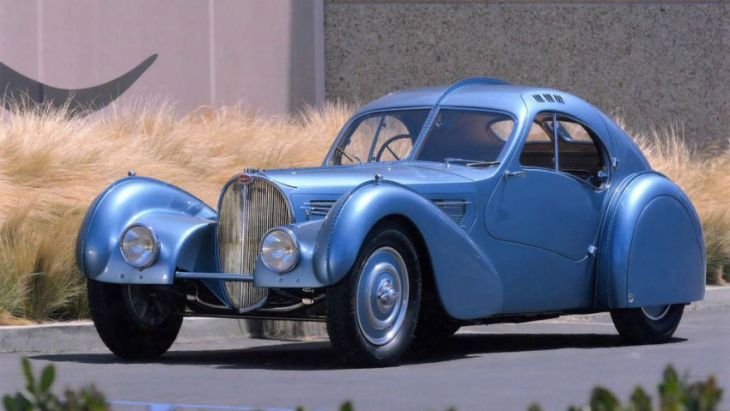 Peninsula Classics Best of the Best 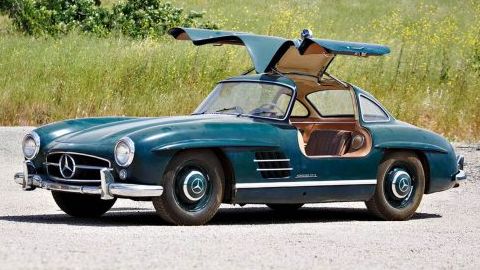 Based on Mercedes-Benz’s 1952 W194 racer, the 300SL was produced as a gullwing-door coupe from 1954 to 1957, then as a roadster from 1957 to 1963. Powered by a 240-hp 3.0-liter inline-six with mechanical direct fuel injection, the 300SL was the fastest production car of its time. U.S. importer Max Hoffman convinced Mercedes management to build this amazing car and unveiled it in New York City (instead of in Europe) in 1954 to get it into U.S. buyers’ minds and hands sooner. The SL stood for “super-light” (superleicht in German), referring to its race-bred tube-frame construction. M-B built 1400 300SL coupes before switching to roadster production in 1957. 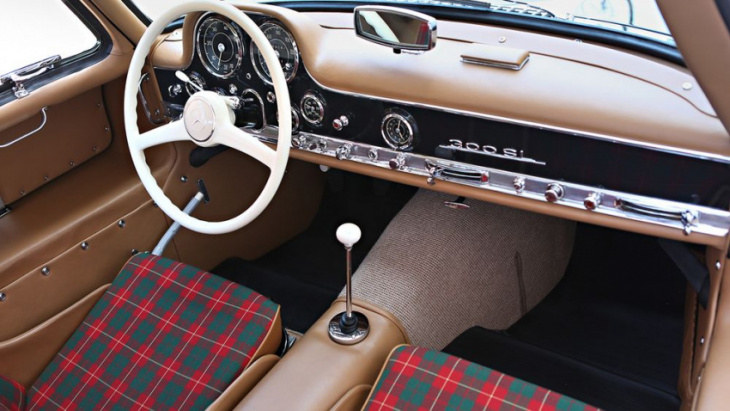 “Almost the perfect balance of elements, including the turret-top cabin. Sleek without being curvy, powerful without being brutal.” —Ian Cartabiano, vice president of advanced design at Toyota 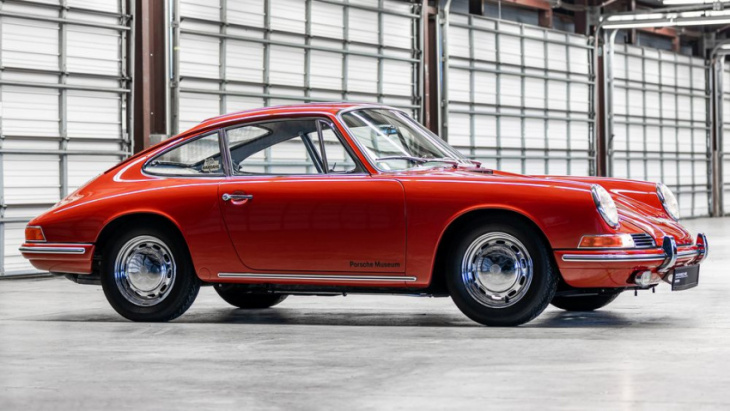 When the 911 debuted in 1964, it was a major improvement over Porsche’s lovable but homely 356 coupe and convertible. But few back then would have called it beautiful. Yet our expert panel contends it has earned that descriptor through 58 years and counting of brilliant evolution of the same basic look. We’ve often marveled at how challenging it must be for the 911’s lead designer at any given time to make its next iteration new and fresh—yet essentially the same—with every generation. But Porsche designers continue to overcome that challenge. 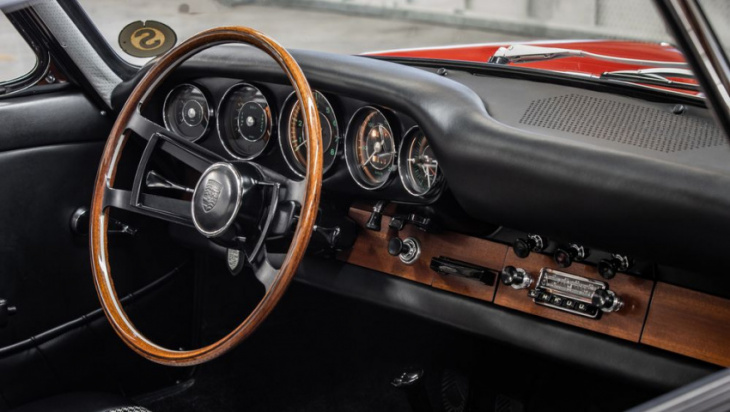 “Redesigning an icon is no easy feat.” —Karim Habib, head of design at Kia

“Its designers have continually honed this theme and made it into one of the most iconic designs of all time.” —Ralph Gilles, head of design at Stellantis 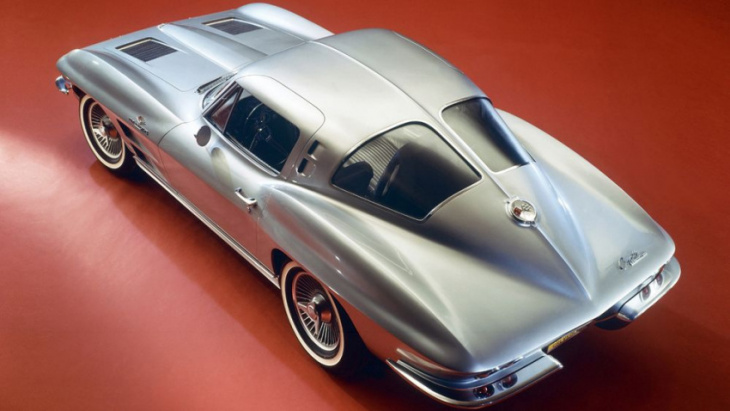 The second-generation Corvette stunned the public when it appeared—seemingly from outer space—in 1963. One of our panelists who worked on the car’s conception shared that “three or four of us were there when [soon-to-be GM styling VP William L. Mitchell] walked in.” Peter Brock was then one of four young designers in a remote basement research studio.

“He pulled out a bunch of pictures from [the Turin Auto Show], and they all had a crisp line around the belt separating upper from lower and aerodynamic shapes over the wheels. And the one that really got to him, even though it was two years old by then, was the Alfa Romeo Disco Volante. Alfa had done roadster and coupe versions, and Mitchell wanted to do the first Corvette coupe.”

Brock’s theme won the resulting competition and led to Mitchell’s gorgeous Corvette Stingray race car of the late 1950s, which was ultimately refined into the ’63 Corvette by Larry Shinoda and Tony Lapin in Mitchell’s super-secret Studio X. 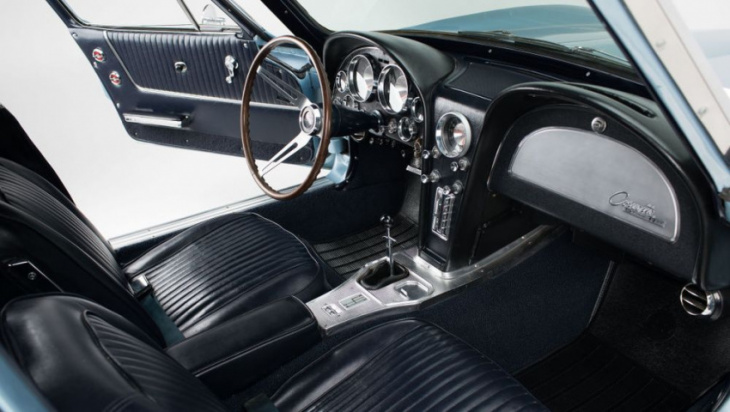 “It carries an incredible sense of motion with its Mako Shark–inspired body, hidden headlamps, and iconic split window.” —Ralph Gilles, head of design at Stellantis 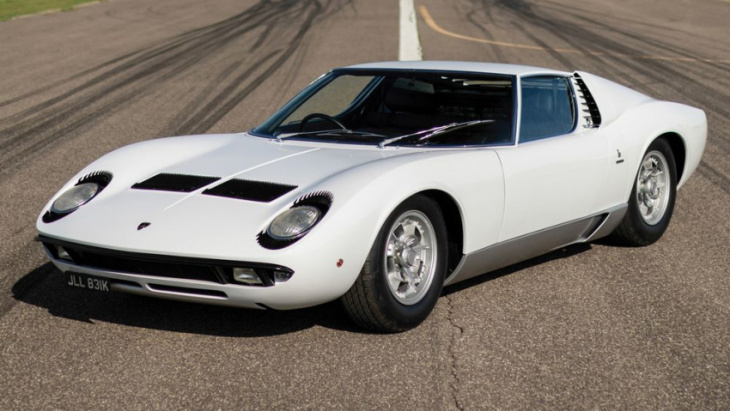 “The P400 Miura stunned the world as the most innovative and spectacular supercar ever seen.” —Peter Brock, former designer, General Motors and Shelby America

“I am still in awe of its hood and shoulder line that blends into the upper door and frames the scoops adjacent to the side windows.” —Ralph Gilles, head of design at Stellantis

“Gorgeous proportion, as if the body was shrink-wrapped around the mechanicals.” —Anthony Lo, chief design officer at Ford Motor Company

“It always stops me in my tracks.” —Irina Zavatski, Vice President of Chrysler Design 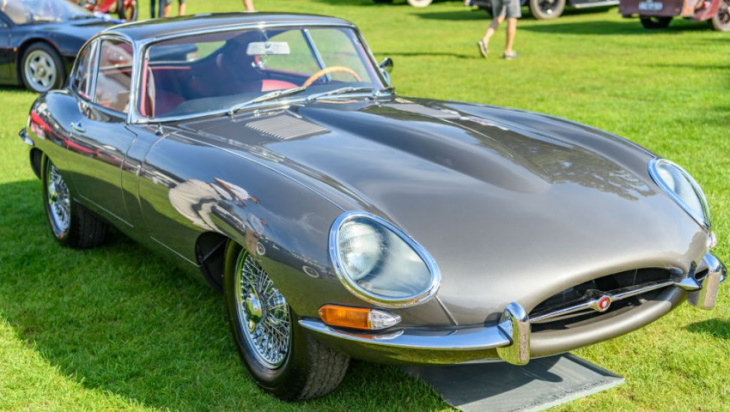 Enzo Ferrari is rumored to have called the Jaguar E-type “the most beautiful car ever made.” Our panel of designers shared il Commendatore’s feeling, as the 1961–1967 E-type coupe takes the top spot in this 10-car list. 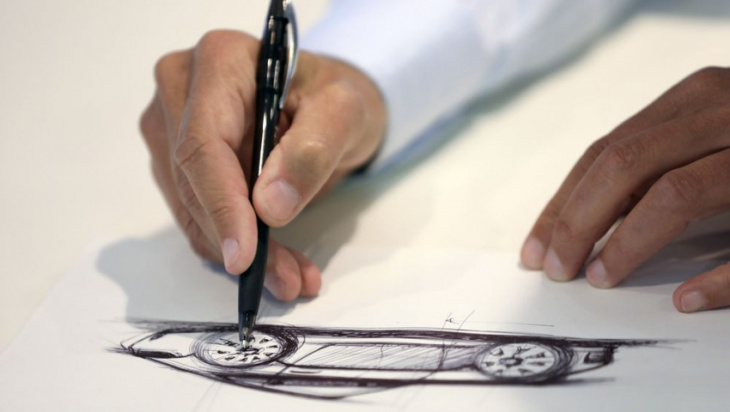 Keyword: The 10 Most Beautiful Cars According to Leading Automotive Designers