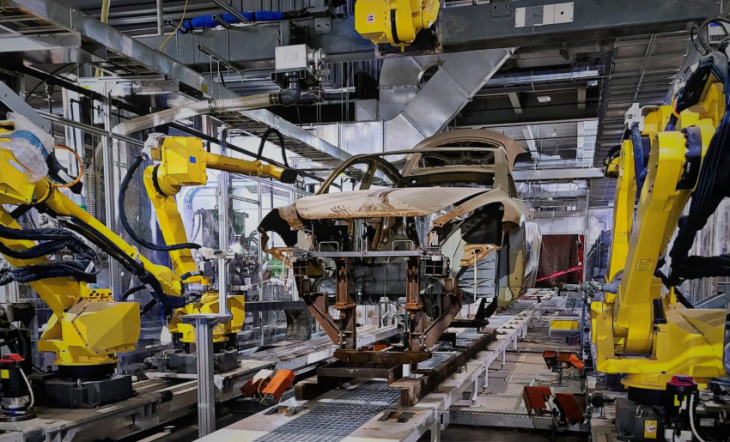 During Tesla head of investor relations Martin Viecha’s talk at the recently-held invite-only Goldman Sachs tech conference in San Francisco, the executive shared several important tidbits of information that are pertinent to the EV maker’s plans for the future. These include, among other things, a “third revolution” of sorts in automotive manufacturing.

Viecha noted that in the past 120 years or so of the automotive industry, there have only been two revolutions in vehicle manufacturing. One of these happened in the early 1900s when Ford launched the Model T, and the other happened in the 1970s, when Toyota, through hard work and optimization, figured out a way to optimize vehicle production costs.

But electric vehicles are a completely different animal, so the opportunity for yet another vehicle manufacturing revolution is there. “EV architecture is so different from the internal combustion engine. It allows for a third revolution in automotive manufacturing,” Viecha said.

The Tesla executive stressed why it’s important for automakers to optimize their manufacturing costs, noting that the per-vehicle cost of production would be the most important metric to monitor in the EV sector in the coming years. This, according to Viecha, would be the deciding factor that would determine how many cars companies can make — and how big carmakers can become.

Tesla has made a lot of headway in this sense. According to Viecha, it cost Tesla $84,000 to produce each car in 2017. In recent quarters, this number has been reduced to $36,000 per vehicle. What’s important to note here is that almost none of these savings were actually from cheaper battery costs — they were simply the result of Tesla’s continuous efforts to improve its vehicle design to make manufacturing as simple as possible. The introduction of factories that are specifically designed for EV production also helped a lot.

Both of Viecha’s points could be seen in Tesla’s strategy in recent years. With the Model Y, Tesla started its use of megacasts, which drastically reduced the number of components used in producing a vehicle. Tesla’s use of megacasts has seen immense praise, and other carmakers such as Volvo have hinted that they also intend to follow a similar strategy in the near future.

Tesla’s Fremont Factory is a perfect example of Viecha’s second point. The plant, which Tesla acquired in 2010, is a facility that was not designed in any way for EVs. Tesla’s newer factories like Gigafactory Shanghai, Giga Berlin, and Gigafactory Texas, on the other hand, are specifically built to optimize the production of all-electric vehicles. The output of Giga Shanghai, which has recently surpassed the Fremont factory, is proof that Tesla’s dedicated EV factory idea is sound.

What’s interesting is that Tesla is a company that is known to push innovation even as its vehicles are already leading the industry. This was something that was hinted at by the Tesla executive, who noted that as the company’s new factories produce more cars, the manufacturing costs per vehicle could drop even lower than $36,000 — and that’s before the lion’s share of battery savings from the company’s 4680 program kick in.