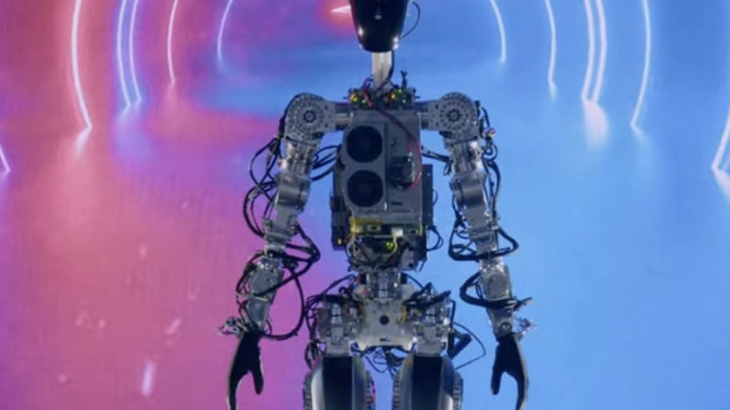 The bot, which is currently only a “rough prototype,” according to Tesla, waved and slowly danced for the crowd on stage during the event.

“The robot can actually do a lot more than we showed you. We just didn’t want it to fall on its face,” Tesla CEO Elon Musk told the crowd.

A video was then shown of the Optimus prototype lifting a box, watering a plant, and doing some light lifting in a factory setting. 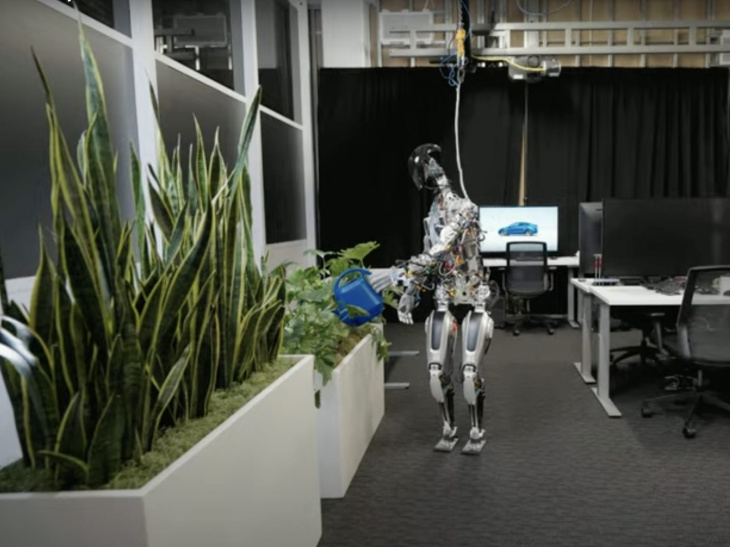 The concept of Tesla’s AI humanoid bot was first introduced at Tesla’s AI event in 2021, though in its initial debut, the “bot” was revealed to be a human costume. At the time, Musk said the robot would be designed to do “boring, repetitious and dangerous” work.

The prototype Musk presented at this year’s AI day was built with “semi-off-the-shelf” materials, but he presented the crowd with what he said was a fully Tesla-designed version.

This second bot was carried by a team of engineers because “it wasn’t quite ready to walk, but it will walk in a few weeks,” Musk said.

Keyword: Tesla's humanoid robot Optimus waved and danced on stage at the company's AI event. Elon Musk said the bot could do more, but he 'didn't want it to fall on its face'