If the intel is accurate, the spectacular production increase would allow Tesla to boost Model Y deliveries even further in Europe. 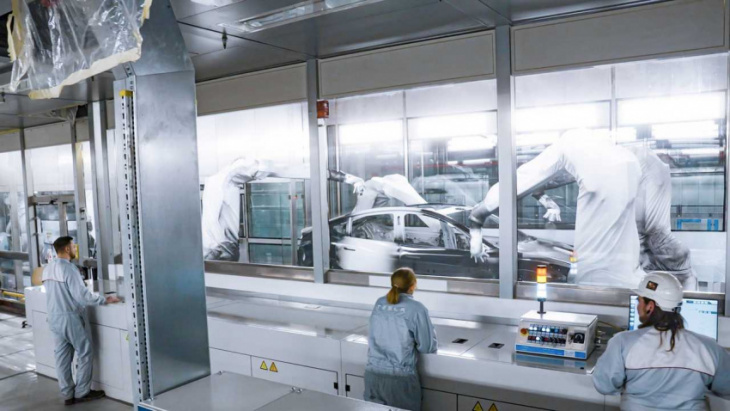 Some six months after the opening of Tesla’s first electric vehicle assembly plant in Europe, the US EV maker has organized an information day event at the Grünheide, Germany facility on September 11.

Attended by more than 500 people, the open-door event allowed participants to ask questions about the factory’s logistics concept, water supply, protection of the environment and water bodies, planned battery cell production, planned expansion of the area and more.

Tesla employees provided information on all these topics at 14 stands and visitors were also offered test drives and even mini Teslas for their children.

The company says the ramp-up of production at Giga Berlin-Brandenburg is progressing “very well,” although it did not reveal how many cars the plant is currently making each week. In June, Tesla said the plant was building 1,000 vehicles a week, which is about a tenth of the full capacity of 500,000 vehicles a year.

According to information obtained by DPA (Deutsche Presse-Agentur), the company targets a weekly production of 5,000 vehicles by the first quarter of 2023. If accurate, that would account for a spectacular production increase and would allow Tesla to boost deliveries even further in Europe where the Model Y was the best-selling electric vehicle model in the first half of 2022.

During the open-door event, Tesla said that reducing fresh water consumption at the factory remains a key objective. According to the company, around 2.2 cubic meters of fresh water are used per car, and the figure already includes the planned in-house battery production in Grünheide.

Another update offered during the information day event regards the opening of a train shuttle to the plant, which is scheduled for spring 2023. As for the site’s new battery factory, it is unclear when it will open.

He was arrested for aggravated assault with a deadly weapon; the Tesla owner was filmed brake checking the truck beforehand.

Electric Vehicles could be eligible for the Renewable Fuel Standard Credit, which would add yet another incentive to an EV purchase. The EPA is reportedly considering adding EVs to the list of eligible vehicles, and the idea could be confirmed in an upcoming proposal dealing with biofuel blending mandates. ...

Tesla used artificial intelligence on its supercomputer to create images of made-up Cybertrucks.

Tesla was granted a 500,000 square foot expansion to the original plans, giving it a green light for the promised park.


View more: How EV adoption is soaring in unlikely circumstances, and what could make it better