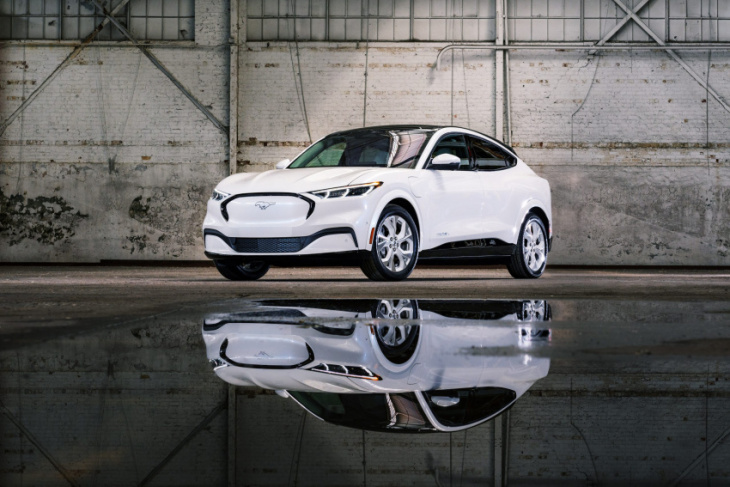 The road to full electric mobility is paved with innovation, a lot of demand, and tons of hard work. This is something that Ford seems to be learning with the Mustang Mach-E, as the company just produced the 150,000th unit of the all-electric crossover. That’s not a bad number at all, especially considering the doubts that surrounded the vehicle and its controversial Mustang badge.

Yet since its release, the Mustang Mach-E has received overwhelming support from the EV community. In a press release, Ford noted that nearly all the growth in the Mach-E’s sales to date has been from customers replacing their combustion-powered cars with an EV. This bodes well for Ford’s push into the electric vehicle sector.

Congratulations to our team on building the 150,000th #MustangMachE! Excited to hit these milestones as we scale our global #EV production. And as demand continues to grow, we'll be making Mach-E available in 37 countries next year. ⚡️🌎#BuiltFordProud pic.twitter.com/3ZzRzUr766

The Ford CEO, who has also expressed his support for Musk and his ventures in the past, responded kindly to the Tesla CEO’s message. Farley did admit, however, that much work still needs to be done. “Thanks, Elon Musk. Lots of work ahead,” Farley responded, adding a lightning bolt emoji to his post.

Thanks, @elonmusk. Lots of work ahead ⚡️

The interaction of the two CEOs was received well in social media, as it hints that ultimately, carmakers are fighting on the same side when it comes to the shift to electric transportation. As such, even if the Mustang Mach-E is a competitor of Tesla’s best-selling car today, the Model Y crossover, the two vehicles actually complement each other. This is because every Mach-E and Model Y bought is equivalent to one less ICE-powered vehicle polluting the air.

As for Ford, its CEO’s words are accurate. As noted by Deborah Manzano, Ford’s director of manufacturing, work is currently underway to ensure that the automaker can make even more of the Mach-E for its customers. “The plant is buzzing. There’s a new battery line, new chassis line, additional assembly line, we’re literally maxing out the space to make more Mustang Mach-E vehicles. We most recently added a new paint shop, too. Nothing is standing still for long!” Manzano said.