Tesla is finally in a position where it has access to all the batteries it needs for EVs and energy storage projects. 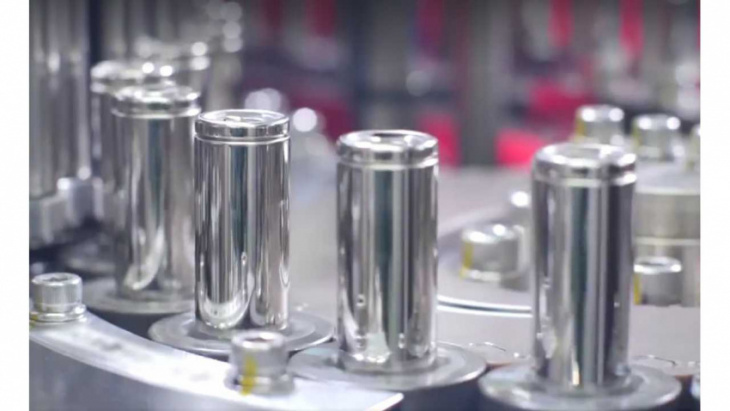 As you may be aware, Tesla’s Head of Investor Relations Martin Viecha just spoke at a private Goldman Sachs event in San Francisco. He shared many interesting morsels during the talk. He also made it seem as though Tesla may actually have its first battery surplus.

The Tesla executive painted a picture of what to expect from the company over the next five years. He talked about the company’s plans for a robotaxi service, the potential for a cheaper model, improvements to production costs and the automaker’s current battery supply situation.

Business Insider provided many details from the conference in the form of multiple articles. One key detail from Viecha’s speech was related to the importance of Tesla’s current and future battery supply, though he also noted that technology and manufacturing costs are top considerations.

According to Viecha, Tesla uses about 90 percent of its battery cells for its lineup of EVs and the other 10 percent for energy storage products, such as Powerwalls and Megapacks. He noted that the EV segment can only grow as quickly as the battery supply allows, and Tesla is finally in a position where it’s not worrying about whether or not it has the batteries it needs. Viecha shared via Teslarati:

“For the first time I can remember, we can access all the supply we need for both businesses.”

Tesla has worked to secure the maximum battery supply capacity via a number of different deals and partnerships. Moreover, the automaker is producing its own batteries in multiple locations, and it’s already considering getting into the lithium refining business to ensure that its battery surplus can remain strong in the future.

With all of that said, Viecha pointed to the growing number of battery supplier contracts helping the most. He also explained that the battery manufacturers are ramping up capacity very quickly in order to keep up with Tesla’s needs based on the growing demand for EVs across the globe.

Elon Musk announced that Tesla is starting Tesla Semi production and Pepsi is going to get the first electric trucks starting December 1st. Tesla Semi, an all-electric class 8 truck, was unveiled back in 2017. At the time, it was supposed to come as soon as 2019. The vehicle ...

A Twitter glitch has Elon Musk and many users liking their own tweets, retweets, and replies. Many of Elon Musk’s followers, including myself, noticed something odd on Twitter. Elon Musk, it seemed, was going on a nonstop tweet-liking spree of all of his tweets. As someone who uses Twitter often, I ...


View more: A Twitter glitch has Elon Musk & many users liking their own tweets

Twitter is refusing to accept Elon Musk’s renewed bid of $44 billion for the social media company, according to a report from The Associated Press citing Elon Musk’s attorneys. This news comes after reports of Elon Musk’s asking the Delaware court to halt the upcoming trial. He renewed his offer ...

Uber announced today that they will expand their autonomous vehicle fleet via a partnership with Motional, a Hyundai subsidiary. Uber and Motional have agreed to a ten-year deal that the companies claim will make the largest autonomous ride-hailing fleet in the world. The partnership will have Motional supply Hyundai ...