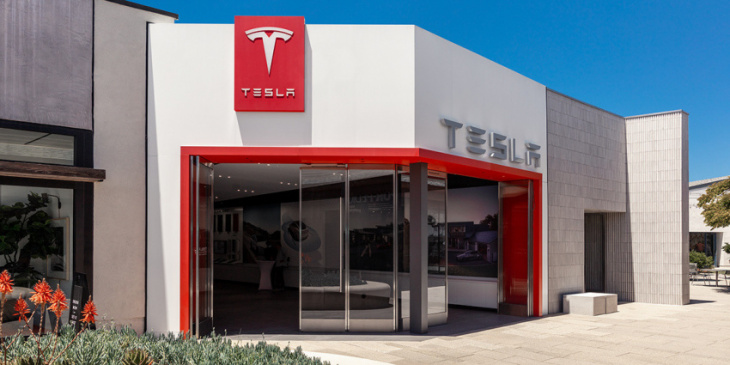 Tesla stock (NASDAQ: TSLA) popped over six percent on Wednesday after several positive signals elevated the electric automaker’s stock price. After Tesla stock has taken a monumental beating over the past few months, is this the end of the slide?

Tesla shares were trading at around $180 per share at the time of publishing on the East Coast. Shareholders have been battered on Wall Street due to challenging market conditions and Elon Musk’s Twitter acquisition. Over the past six months, Tesla shares are down 19.64 percent.

On Wednesday, several positive developments triggered a slight increase in Tesla’s share price. Tesla could look at another market for its next automotive production facility. After rumors indicated Canada would likely be the place Tesla built its next Gigafctory, Musk reportedly indicated South Korea is a market the company could entertain as a new manufacturing location.

Additionally, Citigroup analyst Itay Michaeli upgraded his outlook on Tesla shares to a “Neutral” rating, despite holding a bearish forecast for several years.

“To be sure, macro/competitive concerns are likely to remain an overhang with capacity rising, but as we’ve previously written, in a hard landing scenario, Tesla’s long-term competitive position likely also improves and potentially further enhanced by (President Joe Biden’s Inflation Reduction Act),” Michaeli wrote in a note to investors.

Whether Tesla stock’s slide is over remains to be seen. Investors have had enough and have banded together in the thousands to influence Tesla to perform a stock buyback. Tesla bull and institutional investor Gary Black has said it is the right time for the company to perform a buyback as its price-to-earnings ratio is the lowest its been since COVID.

Other analysts, like Wedbush’s Dan Ives, said his firm remains bullish on Tesla, but overhang from the Twitter deal still remains.

There is the potential that Musk may need to sell more stock to secure financing for the Twitter deal, which leaves uncertainty for some investors. Additionally, Ives’ concerns regarding Tesla’s brand deterioration still remain, and the CEO’s evident focus on Twitter leaves Tesla in a difficult spot moving forward.

Ives maintained a $250 price target and an “Outperform” rating on Tesla stock.

We remain steadfastly bullish on the Tesla EV growth thesis over the next few years, but as discussed over the last few weeks recognize that until this Twitter dark cloud passes it will remain an overhang on TSLA. We maintain our OUTPERFORM rating and $250 price target.

Keyword: Tesla (TSLA) stock pops, but is this the end of the slide?