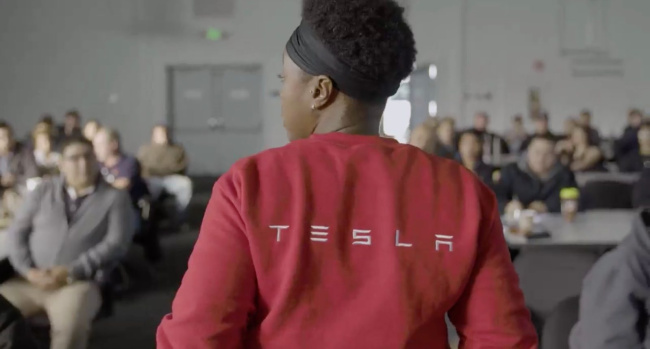 Tesla (TSLA) has hired Chris Winton, former chief people officer at FedEx, in the automaker’s new role of “Champion of the People,” better known as the head of human resources.

Workman had brought some stability to the department that saw three different leaders over two years.

Tesla didn’t appear to have a replacement for her since she left in January, but it now has found a replacement: Chris Winton.

Winton is coming off an impressive 35-year career at FedEx where he rose through the ranks to become chief people officer in March of this year. The longtime HR executive has confirmed on his LinkedIn page that he is now “Champion of the People” at Tesla.

Tesla is known to use unusual titles for its C-suite executives – with Elon Musk, CEO, becoming “Technoking” of Tesla, and CFO Zack Kirkhorn becoming “Master of Coin” last year.

Winton will be moving from Memphis, where FedEx is based, to Tesla’s headquarters in Austin, Texas.

He confirmed to the Memphis Business Journal that his title of “Champion of the People” at Tesla is the “top HR role” at the company:

I am forever grateful to FedEx and its leadership for the amazing opportunities I was given during my career there. This role gives me a new opportunity to work with another world-class company in the top HR role.

The new Tesla executive is expected to be in charge of human resources for the more than 100,000 employees at the automaker and recruiting – a massive endeavor at Tesla as the company is growing rapidly and has several major manufacturing projects that require hiring over 10,000 people at one location.

Winton is also joining the company during a strange time for the automaker as CEO Elon Musk, who he reports to, is busy leading a major reorganization at Twitter, which he recently acquired.

Keyword: Tesla (TSLA) has a new ‘Champion of People,’ aka head of HR