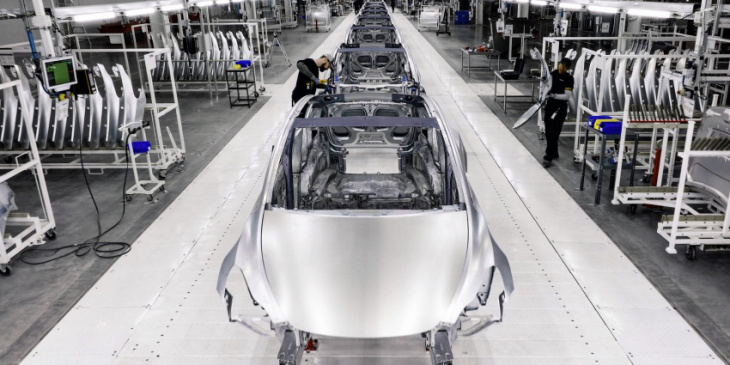 Tesla (NASDAQ: TSLA) is planning to utilize Q4 2022 as a proverbial momentum builder for 2023 as the automaker plans to capture an annual production scale close to that of BMW.

Tesla’s production scale will reach over 1 million units for the first time in company history this year. However, the automaker is turning its plans to 2023, hoping to reach the scale of Volkswagen brand BMW, which sold roughly 2.5 million cars in 2021.

Internal documents seen by Reuters showed Tesla’s Q4 is gearing up to ramp production at its two newest Gigafactories. Tesla has doubled its number of vehicle production plants globally this year with the introduction of Gigafactory Berlin and Gigafactory Texas. These plants will both dramatically increase Tesla’s annual production volume considerably when they are both fully ramped, which is what Tesla is focusing on for next year.

The documents also reportedly stated that Model 3 and Model Y production would be even higher in Q4, as they are Tesla’s two best-selling vehicles. Tesla plans to build 495,000 of these vehicles in Q4, according to the report.

With Q3 production and delivery figures set to be released tomorrow, Tesla will be setting itself up for some severe speculation regarding its projections for Q4, and thus the cumulative counts for the 2022 calendar year. With projections sitting at over 350,000 and some creeping closer to 370,000, Tesla will be sitting at over 900,000 vehicles delivered through the first three quarters of the year.

With Q4 typically being Tesla’s most productive quarter in both production and deliveries, Tesla could be trending closer to 500,000 vehicles in Q4, just as it plans to in the documents. This would put the 2022 total near 1.3 million vehicles, aligning with Wedbush bull Dan Ives’ projections.

Ives also puts Tesla at around 2 million vehicle deliveries in 2023.

Tesla has also made upgrades at its other two vehicle production facilities. In Fremont, California, Tesla’s first production plant, which is the only factory currently producing all four vehicles, the automaker is working to expand manufacturing capacity. Filings seen by Teslarati have described plans for new manufacturing buildings, while Model S and Model X lines are being moved and modified to maximize production space.