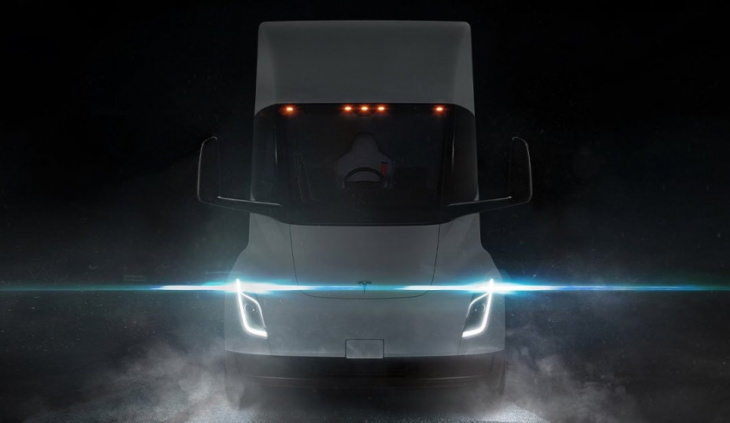 The Tesla Semi delivery event on December 1 is closing in. And while tickets to the event are limited, Tesla has recently sent out a second batch of invites for retail investors. This should provide another chance for Tesla enthusiasts who wish to attend the Class 8 all-electric truck’s first deliveries at Gigafactory Nevada.

The Tesla Semi has been a long time coming. Initially unveiled in late 2017, it took Tesla nearly five years to bring the vehicle to production. Considering the potential of the vehicle, however, even such a delay may not matter much in the long run since the Semi would be competing in the long-haul transportation sector, which is still saturated with traditional diesel trucks.

Second batch of retail investor invites for the Tesla Semi event just went out. Check your inboxes and spam folders!

The new batch of invites to the Tesla Semi’s delivery event was announced on Twitter by Martin Viecha, the electric vehicle maker’s Head of Investor Relations (IR). The executive advised Tesla retail shareholders to make sure they check their inboxes and spam folders for the invites. “Second batch of retail investor invites for the Tesla Semi event just went out. Check your inboxes and spam folders!” Viecha wrote.

As noted by the company earlier this month, attendees to the Tesla Semi delivery event would be determined through a random drawing. To qualify for the drawing, retail TSLA shareholders should ensure that they have a verified shareholder status on Tesla’s IR website. Considering Viecha’s recent comments, however, it would appear that Tesla still has some space for the Semi’s event to accommodate more people.

Many folks probably believe that their share count is too low to be selected for Tesla events through our Retail Shareholder Platform. In fact, for the Semi event, someone with — Martin Viecha (@MartinViecha) November 18, 2022

Viecha has been encouraging Tesla retail shareholders to enter the drawing for the Semi’s delivery event. In a recent tweet, the IR Head noted that a Tesla shareholder with less than 500 shares ended up receiving two tickets. “Many folks probably believe that their share count is too low to be selected for Tesla events through our Retail Shareholder Platform. In fact, for the Semi event, someone with <500 shares got 2 tickets,” Viecha wrote.

There’s quite a lot of excitement heading into the Tesla Semi’s first deliveries. This is partly due to the truck itself, which has been five years in the making, as well as the potential surprises that Tesla may include in the event itself. When Tesla unveiled the Semi in late 2017, the electric vehicle maker surprised the EV community by unveiling the Roadster 2.0 as well. With this in mind, some Tesla enthusiasts are hoping that the company could also provide an update on the all-electric supercar at the December 1 event.