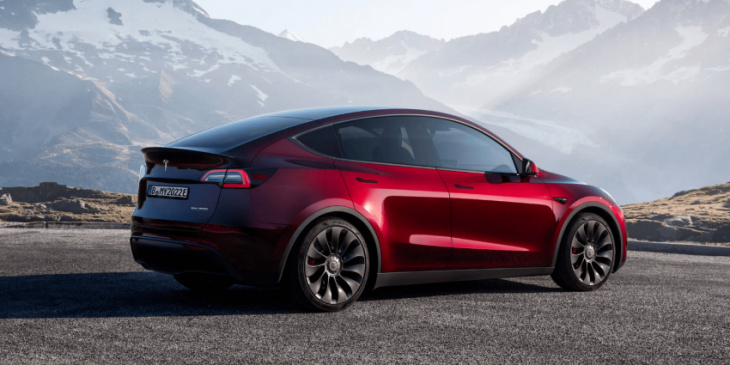 Tesla has expanded the offer of their Model Y to Taiwan, but due to import and export restrictions, the vehicles are being imported all the way from Germany, instead of the Giga Shanghai just around the corner.

Tesla officially announced on its Twitter account for the Asian market that all-electric crossover Model Y deliveries had started in Taiwan earlier this week. While it would have made sense for Tesla to take the shortest route and import Model Y vehicles from their gigafactory in Shanghai, the cars are actually coming from Tesla’s Gigafactory Berlin in Germany.

The reason behind the move are some complicated trade restrictions between Taiwan and China. While China has a ban on imports of certain fresh fruits and fish from Taiwan, the island responded by severely limiting imports from China on everything from live cattle to products containing milk and various vehicle types. The restrictions include low-chassis buses, as well as vehicles which could transport more than 10 people, according to the Taiwan Bureau of Foreign Trade.

How one would fit 10 people into a Model Y is a different question, however, the ban apparently still stands. So far, Tesla has delivered somewhere around 7,000 vehicles in Taiwan, although no data is available for November or December. Recently, Gogoro, a Taiwanese company also delayed plans to expand into the Chinese mainland due to ongoing geopolitical and economic uncertainty. In August, a visit by US politician Nancy Pelosi to Taiwan caused a delay in CATL’s plans to build a battery plant in the USA.

Keyword: Tesla running in circles to deliver the Model Y