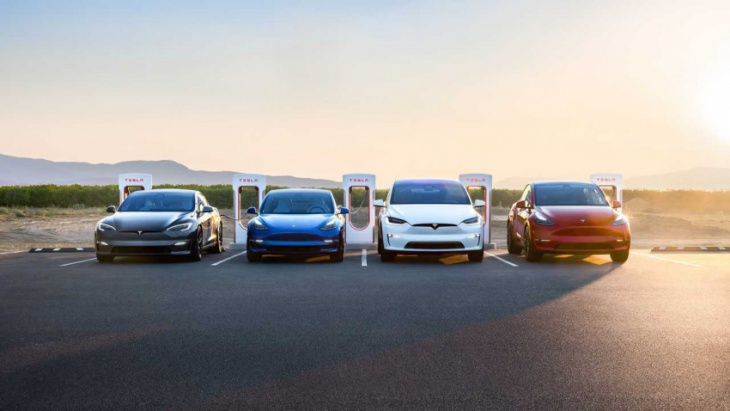 Tesla has officially raised its prices for Supercharging in California. This isn’t the first time the US electric automaker has raised prices, and it certainly won’t be the last. However, since EVs are significantly more efficient than gas-powered cars, you’ll still be saving money, even after the price hikes.

Currently, electricity is less expensive than gas, but electricity prices can and will rise as well. Owning an electric car will save you the most money if you charge at home. Public DC Fast Charging varies significantly across the country, as do prices for electricity and prices to charge at the various stations.

According to Electrek, it wasn’t uncommon in the recent past to pay less than $5 to $10 for a full charge at a Tesla Supercharger. Now, following multiple price increases over the last several months, many Tesla Supercharger stations in California are charging $0.50 per kWh at peak times, though there are some that are $0.40 per kWh.

Based on information from an official Tesla email that was shared on Reddit, the company began changing Supercharger rates in California this week, on Wednesday, September 28. Part of the official email reads via Electrek:

“Starting Wednesday, September 28, charging rates and off-peak hours will change at select Superchargers. Avoid the rush and save on charging costs when you begin your charging session during off-peak hours. Tap the Supercharger map pins on your in-vehicle touch screen to view rates.”

Essentially, Tesla is trying to take advantage of off-peak electricity rates and push people to charge their EVs during a time when the grid isn’t potentially overwhelmed. If you charge your EV at home, you may be on a plan that helps you by offering cheaper prices during off-peak times.

For example, we charge overnight (which is the case with many people), and it costs about one-third of what it would cost if we charged during the day thanks to “peak” rates.

Charging while you sleep is one of the best parts of EV ownership. However, not all people are able to charge at home. If you’re a Tesla owner in California who you can’t charge at home, you may have to visit a Supercharger station in the middle of the night, to save money.

The article goes on to say that some Tesla owners in California are seeing about a 30 to 40 percent discount when they charge during non-peak hours.