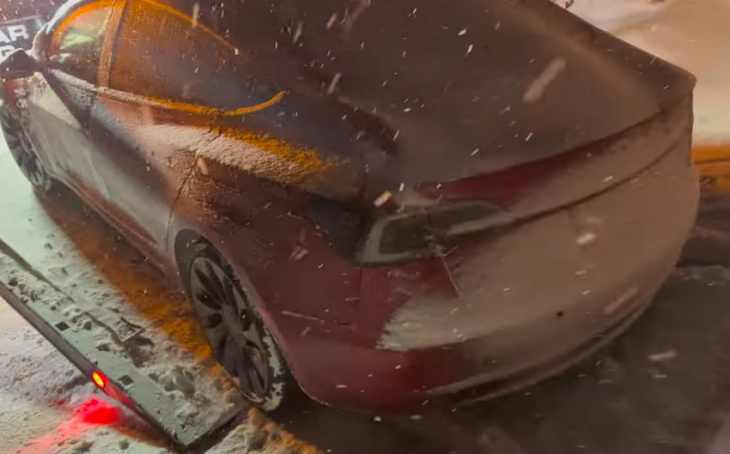 An American YouTuber has released a new video underscoring how little grip summer tyres provide in wintry conditions, and how even the most advanced all-wheel-drive and traction control systems can be thoroughly flummoxed if wheels aren’t shod in rubber that’s appropriate for the weather.

The video shows Emery Lindeman attempting to drive his Tesla Model 3 Performance from Salt Lake City, Utah, across the Sierra Nevada mountains back to California and being caught out in a snowstorm that he said he hadn’t expected so early in November.

In the video, Lindeman is seen struggling to maintain grip as the snow begins to fall, despite the dual-motor Tesla’s all-wheel-drive system — the snow deepens as he rises higher into the mountains.

At points Lindeman was reduced to speeds of less than 10mph, thought for safety reasons he eventually conceded defeat and stopped to call for a tow truck — at the eye-watering cost of around $1,000.

Lindeman’s actions were exemplary given the conditions — he slowed right down and formulated a back-up plan, pulling over when conditions really became hazardous. However, he acknowledged that it was a mistake on his part not to have anticipated the snow en route and said that he expected he would have fared much better in the minor snowfall had his car been fitted with winter or all-season tyres.

How winter tyres would have made the difference

Winter and all-season tyres are specifically engineered to cope with more extreme conditions than summer tyres, which are chiefly biased towards low rolling resistance (and therefore improved fuel economy), reduced noise, higher speeds and the dispersal of lower volumes of surface water.

Winter and all-season tyres are typically made from softer compounds that are more effective at lower temperatures (winter tyres really come into their own below seven degrees Celsius) with the tread pattern cut in such a way as to disperse water and slush to the outside of the tyre. 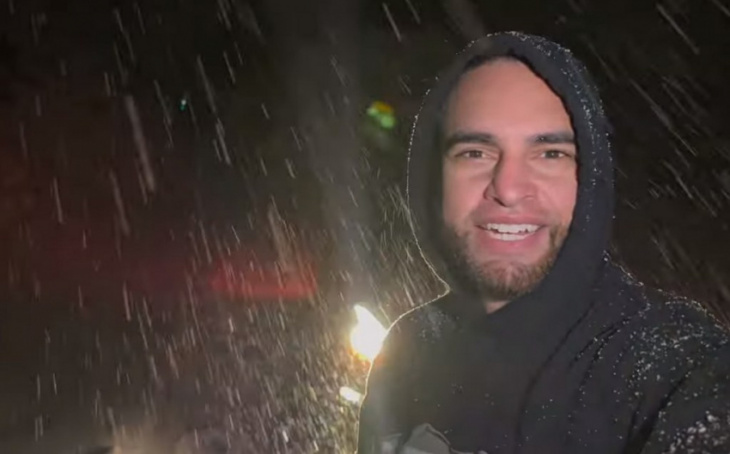 Tiny grooves across the width of the tyre — known as sipes — open up under the weight of the car greatly increasing grip on snow and ice; this tends to generate more in the way of road noise and vibration than a summer tyre would, which is one of the reasons that winter tyres are generally unsuitable for year-round use and why all-season tyres feature less siping than ones exclusively built for cold weather.

Earlier this month, Driving.co.uk took to a skid pan to test the differences between summer and all-weather tyres and found that whereas in the past all-season tyres offered “worst of both worlds” performance, the technology has improved to such a point where they could now provide a viable year-round option for UK motorists.

While the grip levels weren’t as high as those of dedicated winter tyres, the all-season tyres did offer a significant increase in low-grip performance versus summer tyres, which, in theory, could allow drivers to handle cold weather and light snowfall without the need to keep a set of winter tyres in the shed.

For those who live in parts of the UK where snowfall is a regular and sustained occurrence in winter months, however, he did say that it still made sense to keep winter tyres on standby. 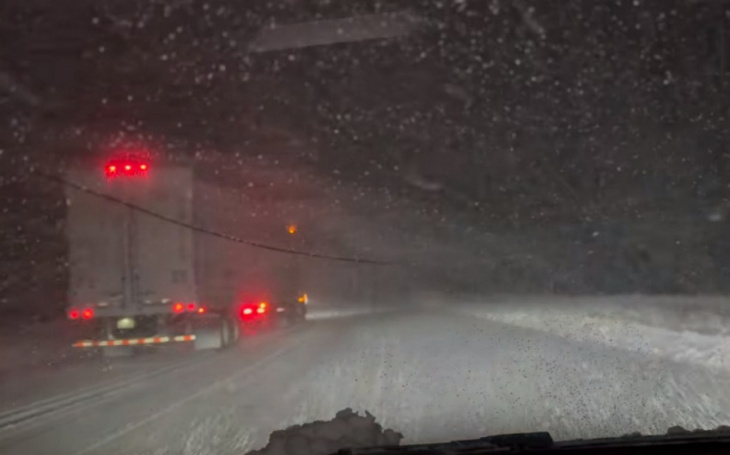 While vehicles with all-wheel drive can provide a useful degree of extra traction in the winter, in particularly poor and slippery conditions, they can be rendered next-to-useless without the appropriate tyres.

In light of the fact that the majority of British drivers maintain summer tyres all year round, Lindeman’s behaviour is a salutary lesson in what to do if caught out in unexpectedly bad weather on a set of unsuitable tyres.

Knowing that he was heading into some potentially poor weather, Lindeman topped up his Tesla’s battery at a charging station to ensure that even if he did become stranded, he had light and heat available.

Upon realising that he could no longer safely control the car at higher speeds, Lindeman slowed down to a point where he could, but, understanding that such speeds were well below typical driving speeds for the road, turned on his hazard warning lights to make his car extra visible in the dark and snowy conditions. 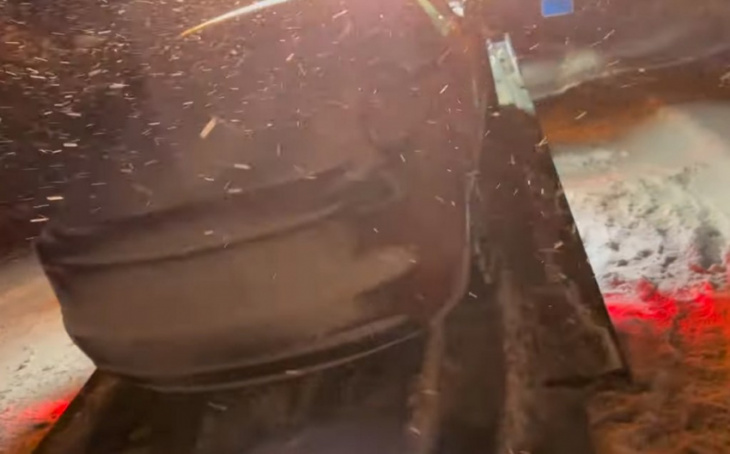 When he was no longer able to safely control the car even at those lower speeds, he pulled into the hard shoulder with his lights and hazard lights on and waited for a tow truck rather than risk a crash by proceeding further.

Tips for driving in snow

Driving.co.uk has an in-depth article covering everything you need to know about driving in tough winter conditions, and here are a few quick things to bear in mind.

Your braking distances and ability to control the car are all going to be negatively affected in slippery conditions, so slow down to a point where the car isn’t getting away from you and you can stop in good time.

Leave at least a ten-second gap between you and any cars in front to account for longer braking distances.

Harsh, sudden steering, braking or throttle inputs can upset a car’s composure and cause it to skid, so be as smooth and gentle with your movements as possible.

Don’t be afraid to brake

With modern anti-lock braking (ABS) and electronic stability control (ESC), if you find yourself driving on black ice or starting to skid don’t be afraid to stand on the brakes as the computer on a modern car will do its best to control the braking at each wheel and stop the car from spinning, while bringing the car to a halt as quickly as possible. It could stop a bad situation from getting much worse. If you drive a classic car, however, pumping the brakes (know as cadence braking) is better than standing on the pedal, as it allows the wheels to rotate a little at a time to provide some control (this is basically what ABS does).

Turn on your headlights

The Highway Code says you must use headlights when visibility is “seriously reduced, generally when you cannot see for more than 100 metres (328 feet)”.