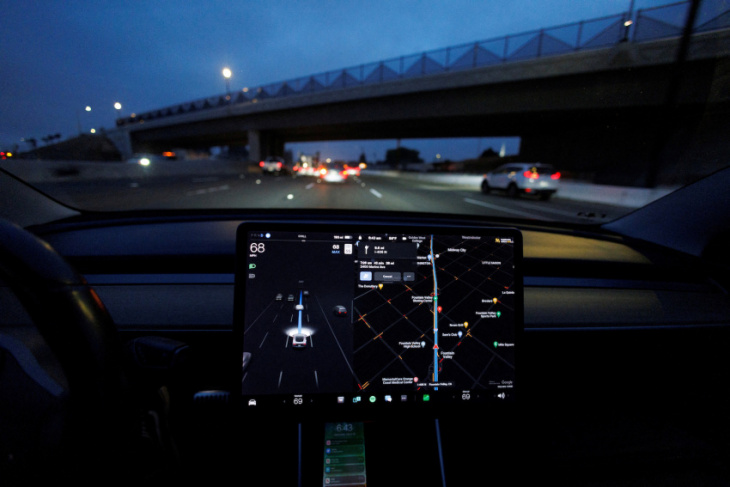 A Tesla Model 3 drives on Autopilot along Highway 405 in Westminster, a suburb of Los Angeles. (Photo: Reuters)

Tesla Inc is making its controversial driver-assistance system available to customers previously deemed not safe enough behind the wheel to test it out on its electric cars.

CEO Elon Musk said on Twitter that the system Tesla calls Full Self-Driving (FSD) Beta is now available to anyone in North America who has bought the option and requests it from their car screen.

Until now, some paying customers have been blocked from accessing the feature known as FSD because they didn’t score high enough on an assessment Tesla uses to set insurance rates.

FSD has been a lightning rod for criticism because the product has not lived up to Musk’s statements. He first announced his plan to sell it in October 2016, a few months after he told a technology conference that he considered autonomous driving to be “basically a solved problem”.

In 2019, he said that within roughly a year, Tesla’s technology would advance to the point that no human would need to be behind the wheel.

Those predictions have not panned out: FSD still requires a fully attentive driver to keep their hands on the wheel and be ready to take over at any moment. This disconnect has opened Tesla up to intensifying legal and regulatory risk.

The US Justice Department and the Securities and Exchange Commission have been investigating Tesla’s self-driving claims, a person familiar with the matter said last month.

In California, a customer is seeking class-action status for his lawsuit filed in September claiming that Tesla has deceptively marketed its driver-assistance systems.

The California Department of Motor Vehicles accused the company in August of misleading consumers about its FSD and Autopilot systems.

It’s unclear whether making FSD available to more customers will have any bearing on Tesla generating or recognising more revenue just after Musk acknowledged demand for its vehicles has been “a little harder” to come by.

The company has said that it recognised as revenue only an unspecified portion of the amounts that customers pay for FSD, with the remainder going to a deferred revenue balance.

“FSD purchases haven’t been fully recognised in Tesla’s P&L because consumers had bought a promise rather than a fully working product,” Patrick Hummel, a UBS analyst, said in a research note on Nov 14.

When asked in March when Europeans would get to test FSD, Musk told fans at the plant Tesla was opening near Berlin that the company was holding off because regulators in the region were less permissive.

“In the US, things are legal by default,” he said. “In Europe, they’re illegal by default. So we have to get approval beforehand, whereas in the US, you can kind of do it on your own cognizance, more or less.”

The National Highway Transportation Safety Board, which lacks the power to compel carmakers to follow its recommendations, has been critical of Tesla’s deployment of Autopilot and FSD.

“We essentially have the Wild West on our roads right now,” NTSB chair Jennifer Homendy told Bloomberg earlier this year. “It is a disaster waiting to happen.”

Keyword: Tesla opens floodgates for automated driving Anyone in North America who buys the feature, previously off-limits to high-risk drivers, can use it, says Musk