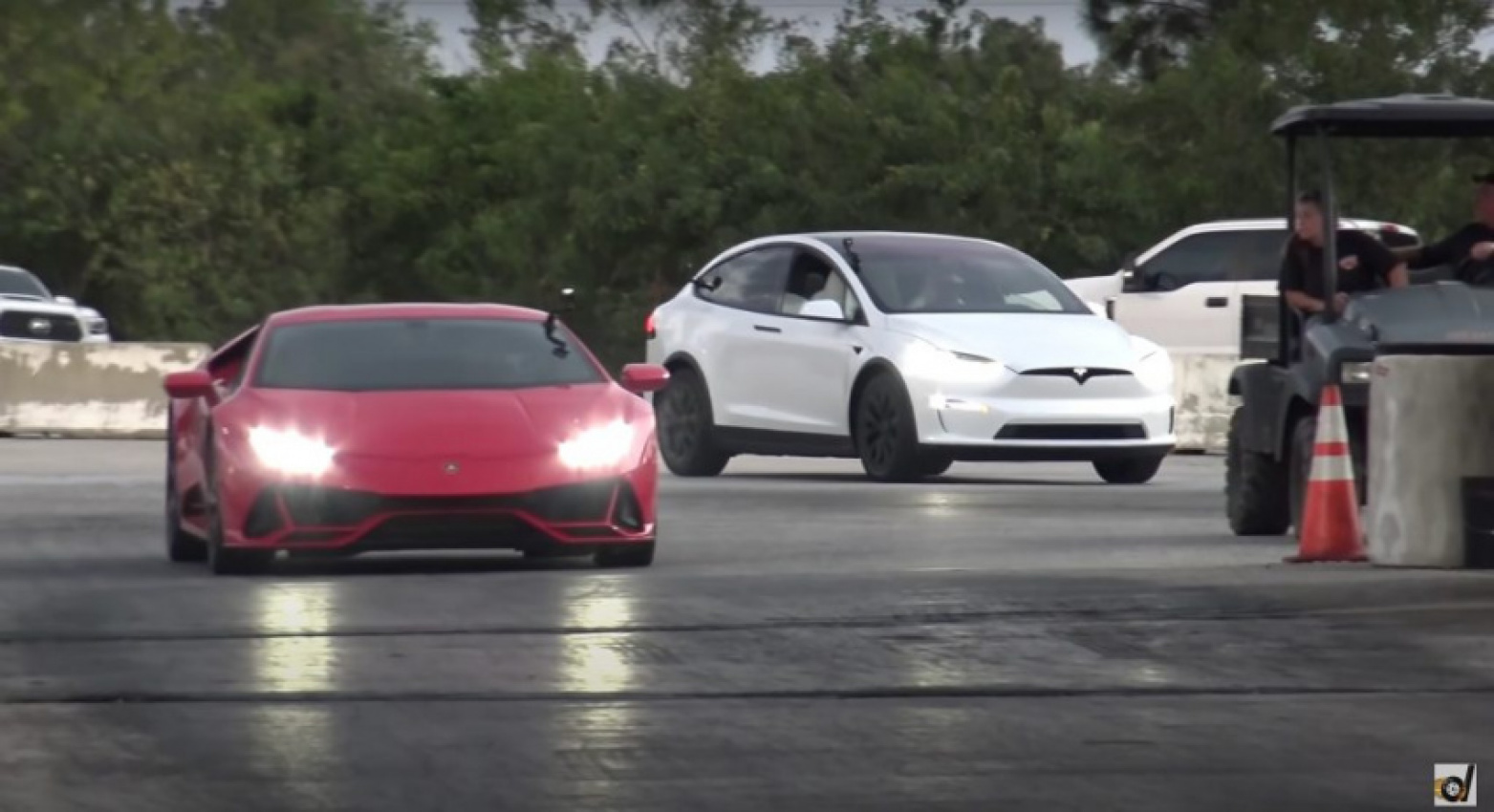 A Tesla Model X Plaid recently went head-to-head against a Lamborghini Huracan EVO in a quarter-mile race. While the all-electric flagship SUV intentionally missed its launch against the supercar, the drag race results between the two high-performance vehicles were just as expected.

Veteran drag racer Brooks Weisblat from YouTube’s DragTimes channel has been showcasing the Model X Plaid in a recent set of videos. Initially, the vehicle was taken through the quarter-mile to see if it would set new records for a production SUV. It did, with the Model X Plaid setting a record with a 2.3-second 0-60 mph time and a 9.7-second quarter-mile pass.

This time around, the Model X Plaid was not just competing with itself, since there’s a supercar on the next lane. Its opponent is no joke, either, as the Lamborghini Huracan EVO is nothing to scoff at. Even in its stock form, the $304k Huracan EVO features 630 horsepower from its 5.2-liter V10 engine. The Huracan EVO does not have as much horsepower as the Model X Plaid, but it is far lighter, weighing over 2,000 pounds less than the Tesla.

In comparison, the Tesla Model X Plaid features 1,020 horsepower from its three electric motors. Being an SUV equipped with a 100 kWh battery pack, the Model X Plaid is a heavy vehicle at 5,390 pounds, but that’s pretty reasonable considering that it seats six adults comfortably. It should also be noted that by the time the Model X Plaid raced the Huracan EVO, its battery was down to 78%.

Watch the Tesla Model X Plaid battle the Lamborghini Huracan EVO in the video below.

The Teslarati team would appreciate hearing from you. If you have any tips, reach out to me at [email protected] or via Twitter @Writer_01001101.