Tesla Model S and Model X Plaid vehicles have arrived in Germany as the company preparing for first deliveries.

Yesterday, we reported Tesla Model S and Model X cars had arrived at the Port of Zeebrugge in Belgium and loaded onto car haulers for customer deliveries. The haulers were spotted in Antwerp, Belgium, full of Model S Plaid and Long Range vehicles.

Now, more Model S, and for the first time, Model X units, have been spotted on haulers in Germany in several locations. 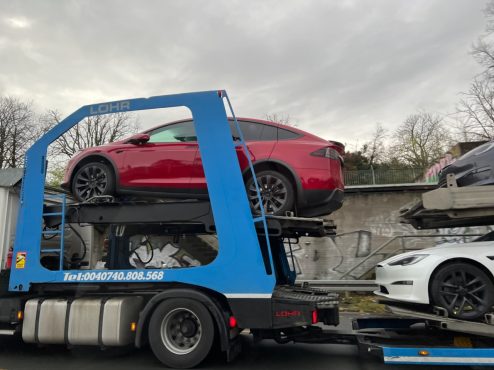 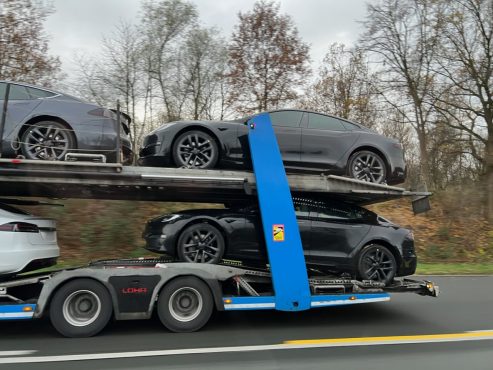 More Model S vehicles were being transported to customers near Berlin, as another hauler full of Tesla’s flagship sedan was spotted on Highway A2. 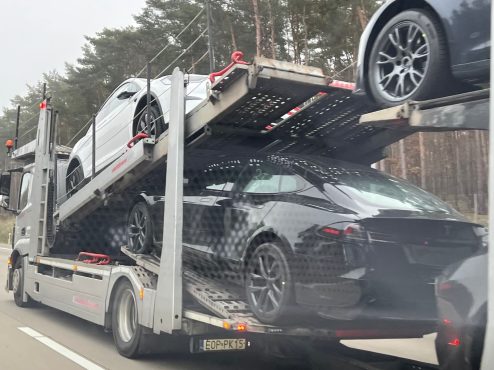 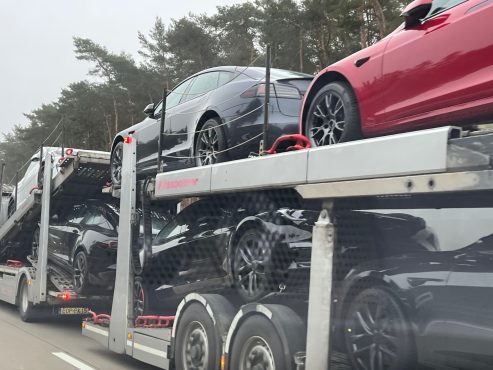 The Model S and Model X have not been released in Europe since Tesla refreshed their designs in late 2020 and early 2021. Initial deliveries were expected to begin in December, and Tesla received Certificates of Conformity several months ago, meaning the automaker was clear to start deliveries.

Numerous ships left ports in the United States last week in transit for Zeebrugge, and plenty more are on the way. Several cargo ships are set to leave the Port of Baltimore, Maryland, in the coming days with additional Model S and Model X units as more deliveries are set to be completed before the end of the year. Tesla is rushing to complete deliveries in an attempt to push 2022 delivery figures higher.