Tesla Megapack Battery Caught Fire in California — Is There a Casualty? 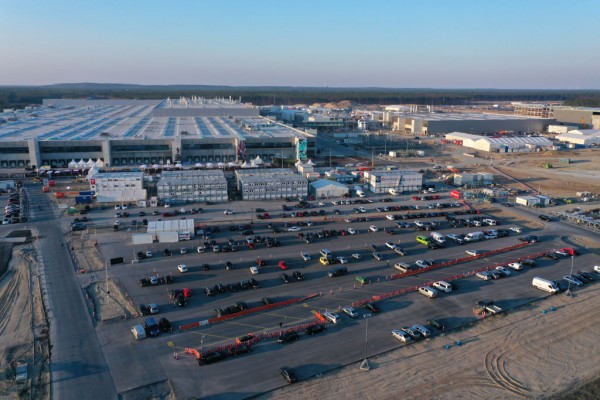 At PG&E’s Elkhorn Battery Storage facility near Moss Landing, which is roughly 25 miles south of Santa Cruz in Monterey County, a Tesla Megapack battery caught fire early Tuesday. Fortunately, no injuries were recorded at the incident, according to The Verge.

According to Jeff Smith, the operations communications manager at PG&E, the fire started at 1:30 a.m. local time.

CNBC reported that firefighters managed to stop flames from spreading to nearby batteries and structures within the wider system by using hydrants and water supplies that were already present at the plant.

Firefighters turned off the water at around 11:00 a.m. local time, but some remained on the scene overnight to make sure the system would not re-ignite.

In the statement, PG&E claimed that when the problem was identified, its safety systems worked as intended.

There are 256 Megapacks housed in the facility, which has a 730 megawatt-hour energy storage capacity. By storing clean energy for use when the sun isn’t shining, TechCrunch noted that such facilities support the essential transition to renewable energy sources.

PG&E and Vistra are two separate energy storage projects located at Moss Landing in Monterey. A Vistra representative told CNBC on Tuesday that the incident had no effect on their facility.

In addition to an interactive map that shows which regions are affected and road closures that lasted longer than 12 hours, the Monterey County Sheriff’s Office, North County Fire Protection District, and Pacific Gas & Electric had issued a shelter-in-place advisory for the close-by areas.

Due to emissions after the incident, some homeowners living close to the Elkhorn Battery substation at Moss Landing were urged to remain indoors and keep their windows and ventilation systems closed. Late on Tuesday, that advice was still in effect.

According to Caltrans, the incident forced the closure of a portion of Highway 1 while fire firefighters sent out units to put out the flames. The California Highway Patrol said that the closure had been extended because of air quality issues.

The Monterey County Public Information account tweeted that although the fire was considered entirely controlled, smoke could persist in the area for a few days.

North County Fire Department and The Monterey County Sheriff’s Office have lifted the Shelter-In-Place Advisory and all Road Closures for the #MossLandingIncident. While the fire is considered fully controlled, smoke may still occur in the area for several days. pic.twitter.com/nU5NOf1dih

This Is Not the First Time a Tesla Megapack Caught Fire

It was noted that the Tesla Megapack caught fire in Australia’s Geelong last year while being tested at the Victorian Big Battery storage facility.

While the lithium batteries at storage facilities near Moss Landing have already caught fire in recent years, albeit this cannot be directly attributed to Tesla.

Keyword: Tesla Megapack Battery Caught Fire in California — Is There a Casualty?