Some Tesla reservation holders may miss out on 2022 government incentives, so Tesla has reportedly offered to pay the difference. 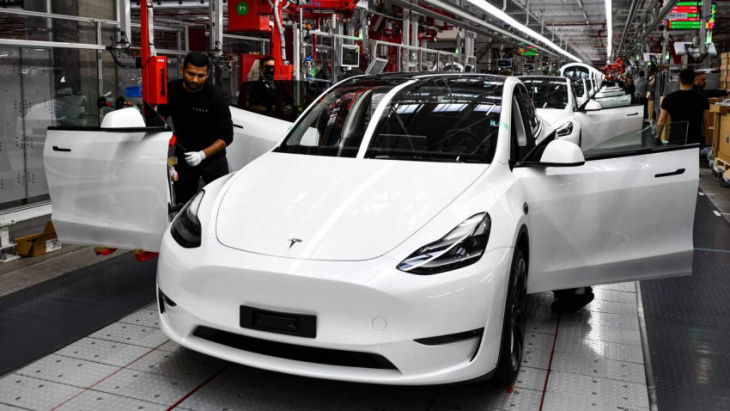 German Tesla Model Y and Model 3 reservation holders may be in for an unexpected treat. Those who can’t or won’t take delivery of their new EV before the end of 2022 may miss out on the government incentives they’d been counting on when they placed their order. Now, according to Teslarati via various sources, Tesla is reportedly sending out messages to tell people it will cover the difference related to the incentives.

Tesla is ramping up production at one of its newest factories near Berlin, Germany. The company continues to reiterate that demand is high and it’s cranking out Model Y crossovers, but that it simply can’t get them delivered quickly enough. Moreover, based on comments from CEO Elon Musk, it seems Tesla may no longer even prioritize getting cars out in a ridiculous hurry at the end of the quarter if they’re already in transit and will be delivered shortly thereafter.

There are various incentives for electric cars in areas across the globe, and it seems they are everchanging. The problem with the changes can mean that someone ordering a car may become eligible for a different incentive by the time they take delivery. The incentive could be better, but there’s also a chance the boost they were counting on could disappear entirely. Fortunately, it looks like Tesla will cover the difference in the 2022 and 2023 incentives for any orders placed in Germany through December 31, 2022.

As you can see from the tweet below, it seems Tesla reservation holders in Germany have been sharing screenshots of the brand’s messaging. The publisher of the tweet below made an attempt to provide a translation of the message.

Another tweet points to a related message that was reportedly sent to a Model 3 reservation holder in Germany.

It appears as though this message clarifies that Tesla will actually pay the full manufacturer’s share of the environmental bonus. That said, there has been some back and forth, and it’s not abundantly clear. However, it does seem clear that Tesla is planning to pay the difference between 2022 and 2023 incentives, which would help alleviate reservation holders’ concerns about potentially having to pay more than they budgeted for.


View more: ABF lands in Arizona for its first LFP Gigafactory in the U.S.