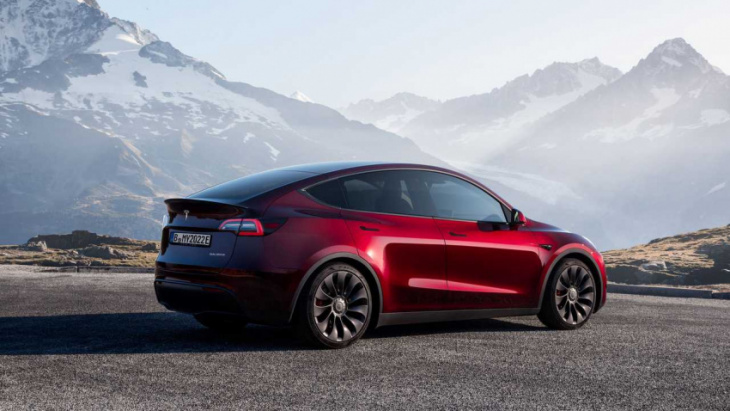 At some point in the future, and likely sooner rather than later, Tesla will either have to pull on some more of its many demand levers, or bring more affordable electric cars to market. This is, if Tesla’s goal is to remain the dominating force in the US EV market. Tesla still leads the segment in market share by a wide margin, but automakers are catching up.

Not long ago, Tesla and CEO Elon Musk mentioned the potential for a cheaper and more compact model coming to market soon. However, the idea was short-lived, and it became clear that the focus now is on the company’s robot, Full Self-Driving capability, and getting the Cybertruck to market, among many other goals.

That said, more recently, Tesla did present information about a future platform that will be much cheaper to produce than the Model 3 sedan and Model Y SUV. Tesla’s EVs built on this future platform will be more affordable, which should help the US EV maker regain some ground that it’s currently losing with regard to US market share in the segment.

Based on a recent study by S&P Global Mobility, which was shared by Teslarati, Tesla has a 65 percent share of the EV market on our shores. While that’s an impressive number no matter how you look at it, just two years ago, it was 79 percent.

Looking at the chart below reveals that the main reason people are likely to choose rivals’ EVs over Tesla’s models is the price. In fact, S&P Global Mobility went so far as to share in its report that Tesla’s loss of US market share can be primarily attributed to the arrival of competing EVs that cost less than $50,000. Tesla currently competes in the “luxury” EV space and doesn’t offer “cheap” electric cars. 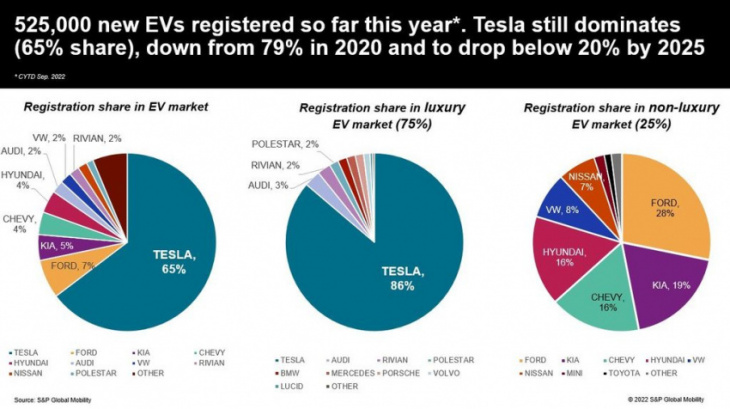 Teslarati goes on to add that from January to September of 2022, well over 50 percent of the entire EV market was held by Tesla’s Model 3 and Model Y, the brand’s least expensive options. About 525,000 EVs were registered in the States over the course of the first three quarters, and some 340,000 of those vehicles were produced by Tesla.

Tesla’s four models are all among the top five electric vehicles sold in the US over the first three quarters of 2022. Interestingly, the rest of the EVs on the list are some of the cheapest options available. So, essentially, EV shoppers who aren’t splurging for a Tesla are choosing an affordable option, such as the Chevy Bolt, Nissan Leaf, Volkswagen ID.4, or one of Kia or Hyundai’s well-priced Tesla rivals.

Tesla will almost certainly retain an impressive EV market share for some time to come. However, as more affordable options come to market that are also compelling in so many ways, the US “luxury” EV maker may have to strongly consider producing EVs for the masses.