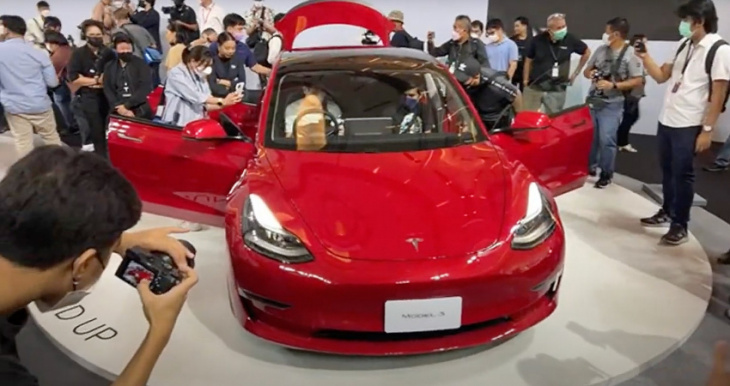 Tesla has officially launched the Model 3 and Model Y in Thailand with a special launch event in Bangkok.

Tesla has been planning to enter Thailand for some time. In May, filings showed the automaker had already registered for a business license and was putting together a team of executives. However, this is no concrete indication, as Tesla did the same in India several years ago, but plans never panned out.

Thailand is a different story. Following Tesla’s business filings in May, the automaker started hiring for specific jobs in Tesla operations for the Thai market. Tesla was evidently planning to launch operations soon. The hype was only solidified as Thailand was added to Tesla’s firmware, hinting toward a potentially imminent entrance into the market.

Now, it’s official. Tesla launched the Model 3 and Model Y this morning with an event in a luxury shopping mall in Bangkok.

Tesla will look to compete with the likes of several local and domestic automotive companies. Toyota launched its bZ4X in Thailand earlier this year, and Chinese rival BYD is also keen to set up operations by 2024.