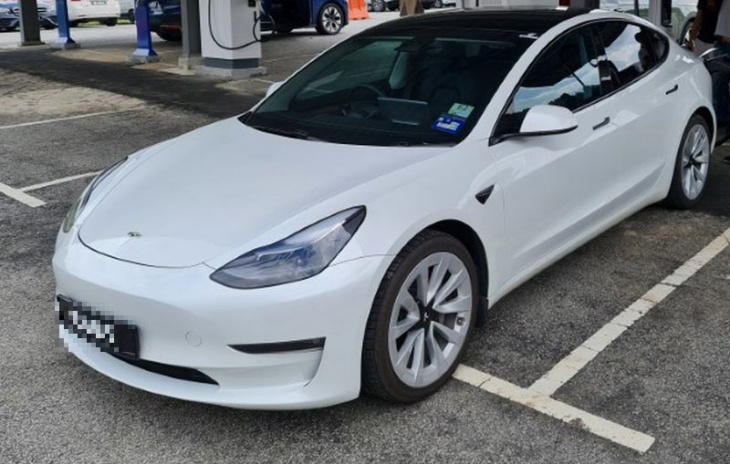 The US automaker will start delivering its Model 3 and Model Y cars in the first quarter of next year, Yvonne Chan, Tesla’s country director for Thailand, told reporters at a launch event here.

Tesla will also open its first service centre in Thailand in the first quarter of 2023 and its first super-charger facility will be functional by February. At least 10 more super charging sites will be opened here next year, Chan said.

Tesla’s foray into Thailand — its second in the region after Singapore — comes as competition is heating up with Chinese players such as Great Wall Motor, BYD and Hozon already battling for a share of the fast-growing EV market.

The Model 3 is priced from 1.76 million baht (RM214,000) and Model Y from 1.96 million baht (RM246,000), according to Chan. Dozens of prospective buyers flocked to Bangkok’s Siam Paragon shopping mall today to inquire about prices and view the cars on display.

“Buying a Tesla car means buying its ecosystem,” said Nonnalin Thugsoonthorn, a Bangkok-based investment strategist, who is looking to replace her combustion engine car with the Tesla Model 3.

“I’m very happy with the price and the quality.”

Tesla will compete with cars such as Great Wall Motor’s Ora Good Cat that’s priced from 763,000 baht (RM96,000) and benefits from a slew of tax incentives offered by Thai government to promote electric vehicles.

Chan didn’t say if Tesla plans to set up a plant in Thailand, the region’s largest auto manufacturing hub. BYD, which started selling its first electric SUVs in Thailand last month, has chosen the country for its first overseas EV car plant.

It is scheduled to begin manufacturing in 2024, mostly for exports to South-East Asia and Europe.

But the Thai government has said it wants 30% of its total car output to be electric by 2030, and earlier this year allocated about 43 billion baht through 2025 to promote the use of EVs.

Tesla registered its Thai unit in April with a capital of 253 million baht (RM32mil), according to the nation’s commerce ministry. It has also advertised more than a dozen jobs for its operations.