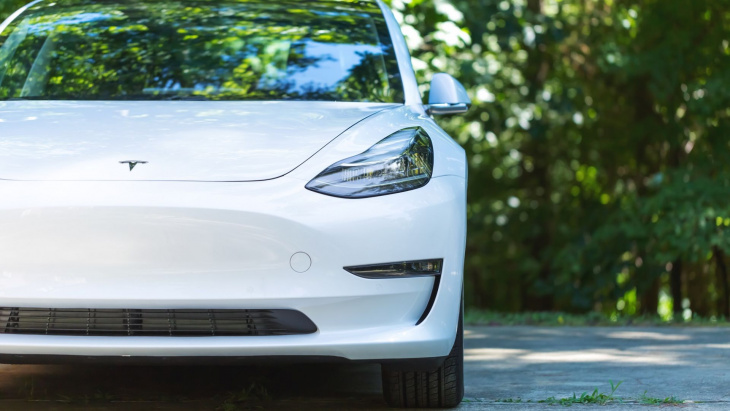 Electric cars aren’t cheap, and that’s especially true for Tesla. The cheapest of which will set you back close to $47,000 right now. But the cost is getting a little more palatable, with Tesla offering a $3,750 discount on the Model 3 and Model Y. The catch is that you have to take delivery of the car this month to qualify.

We know about this discount thanks to an update on Tesla’s inventory page, and some chatter over on Reddit. Multiple users have confirmed they’ve been told about this discount via email and contacting Tesla about existing orders. According to one post, there are no restrictions based on income or vehicle MSRP, just that you need to take delivery of a Model 3 or Model Y before the end of the year.

Sounds pretty good, right? That end of year deadline won’t be a coincidence, though, since January 1 is the day new electric car tax credit rules are expected to come into force. Those rules remove the existing sales cap, and means some Tesla models will join the list of electric cars still eligible for the EV tax credit for the first time since the end of 2019.

However, incoming price caps mean that cars with an MSRP over a certain amount won’t be eligible — $55,000 for electric cars and $85,000 for electric trucks and SUVs. For Tesla that means three cars will be eligible: the standard Model 3, the Long Range Model; Y and the Performance Model Y.

Herein lies the catch of Tesla’s new discount. There are people out there who have held off on ordering a Tesla in order to claim that discount. I previously argued that now is the worst time to buy a Tesla for that very reason.

It’s impossible to say how many of these people exist, but it seems there are enough of them that Tesla feels some sort of sales incentive is necessary. The elephant in the room is that the $3,750 is half the value of the full $7,500 tax credit.

Should you take the Tesla discount or wait for the tax credit?

So the question is, is this worth taking advantage of? It could be, depending on your personal circumstances. If you are getting a Tesla Model 3 or Model Y delivered this month regardless, then the discount is a no brainer. But if you aren’t already doing that, and you were planning on taking advantage of the tax credit, then things get a little tricky.

One of the big points is that Tesla seems to suggest that all Model 3 and Model Y cars are eligible for this discount. That’s important because the Long Range and Performance Model 3s are not eligible for the revamped tax credit, because they cost too much. That means taking a discount is the most sensible option; just double check the eligibility with a Tesla rep before you make any commitments.

Likewise, come January, the EV tax credit will come with an income cap. So earning too much means you won’t be allowed the credit, no matter what car you buy. That cap is $150K for single filers, $225K for heads of households and $300K for joint filings. So if you earn too much, you may as well take the discount now.

It’s also worth pointing out that the tax credit is worth up to $7,500. Tax credits reduce the income tax you owe to the state and federal governments, and the EV tax credit can only be used once. So if you don’t owe more than $7,500 in income tax, you won’t benefit from the full amount. But if you’re likely to owe more than $3,750, it might still be worthwhile waiting until January to claim your Tesla.

Just remember that you don’t get the benefit of that tax credit until you file your taxes. The discount is applied immediately, at the point of sale. So you’ll need to decide whether you’re happy to wait and potentially get more out of the tax credit, or if you’d rather get a cash discount right away. Again, that’s a personal decision that all depends on your financial circumstances.

One final point is that there’s likely to be a rush of orders for the Model 3 and Model Y come January, as people attempt to get themselves a slightly discounted Tesla. That means Tesla wait times are likely to increase in the new year, whereas you could easily receive one of the eligible cars pretty soon.

At the moment Tesla estimates a December delivery for the standard Model 3 and performance Model 3 and Model Y. The Long Range Model Y is expected between now and March, while orders for the Long Range model 3 are closed until next year. There may also be inventory near you, if you’re willing to take a pre-built car.

Tesla doesn’t offer discounts very often, especially given its car prices have been slowly increasing over the past couple of years. So this is a pretty exceptional deal that’s on offer right now, no doubt done to try and help Tesla boost its end of year sales ahead of the changes to the tax credit. And there’s no reason why you shouldn’t take advantage of that, if it works for you.

Keyword: Tesla just lowered prices for Model 3 and Model Y — but only if you buy this month