Tesla is planning a lithium refinery plant in the US 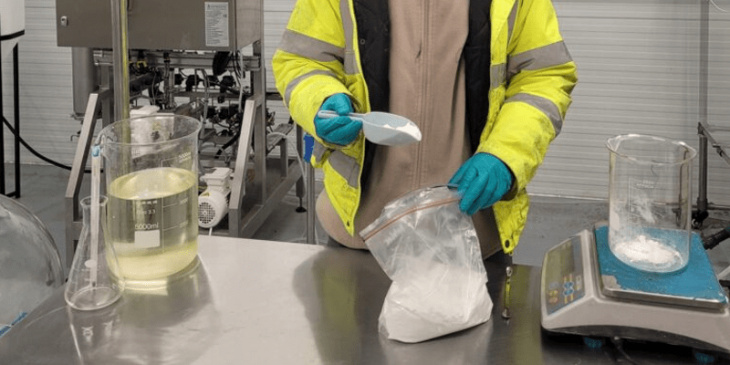 Tesla is considering building a lithium refinery in Texas as it continues trying to localise and secure the supply of critical components and materials. If the application just filed is successful, construction could begin this year. Yet, that depends.

Tesla touted the potential battery-grade lithium hydroxide refining facility as the first of its kind in North America. It will process “raw ore material into a usable state for battery production”, the company said in an application filed with the Texas Comptroller’s Office.

If approved, construction could begin in Q4 of this year with commercial production targeted by the end of 2024.

Then, Tesla will ship the final product from the refinery by trucks and rail to various Tesla battery manufacturing sites.

However, the possible refinery in Texas will probably not be built directly next to Giga Texas in Austin. The planned location is Robstown near Corpus Christi on the Gulf coast because Tesla expects to the receive lithium ore by ship before processing it into battery-grade lithium hydroxide. The site could also refine other materials in future. In addition, Tesla mentions “innovative processes” requiring fewer hazardous substances on the one hand and producing more usable by-products on the other, compared to “conventional processes”.

According to the application, Tesla is ready to invest 365 million dollars (€359 m) this year if the decision is made in favour of Robstown.

However, the decision to invest in Texas will also depend on whether the state will offer tax relief, Tesla said in the news published by Reuters.

As alternatives, Tesla is also considering Louisiana. To increase the pressure, the company said that, in principle, any site with access to the Gulf Coast would be suitable.

Tesla set localisation of supply on the map for some time

Tesla has entertained plans of going deeper into lithium mining for some time. The carmaker on the Battery Day event in 2020 said they were buying lithium claims on 10,000 acres in Nevada – yet this never materialised.

Instead, CEO Elon Musk appears to be looking to encourage others to take up the shovel. During the last earnings call, the Tesla boss said it was a license to print money.

“So it is basically like minting money right now. There’s like software margins in lithium processing right now. So I would like to encourage, once again, entrepreneurs to enter the lithium refining business. You can’t lose. It’s a license to print money.”

Tesla buys lithium for its batteries directly from mines. In spring 2022, the company reportedly signed two significant contracts with Australian mining operators; specifically, the lithium-spodumene concentrate comes from Core and Liontown Resources. In addition, Tesla purchases lithium hydroxide from Ganfeng. As reported, a contract with Piedmont Lithium in the US is still on hold.

Meanwhile, leadership is changing at the Tesla Gigafactory in Nevada. According to CNBC, the previous head of the factory, Chris Lister, left the company in the summer. His successor is Hrushikesh Sagar, who, in addition to the Gigafactory in Nevada, will also head Tesla’s car plant in Fremont, California.

Keyword: Tesla is planning a lithium refinery plant in the US