Tesla continues to build out its massive Supercharger network and is now constructing four giant Supercharger locations, two of which are entirely new, according to DriveTeslaCanada. 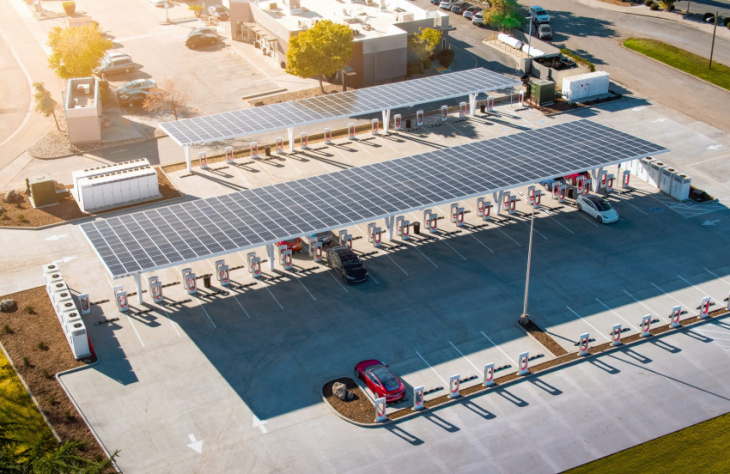 Tesla’s ability to retrofit these supercharger locations with CCS connectors opens a vast set of possibilities for the company. As the U.S. federal government and numerous state governments are looking to spend billions on charging infrastructure, Tesla is now in a position to take advantage of those funds and expand its already extensive Supercharger network.

This news comes shortly after Tesla’s “Tesla Charging” Twitter account posted a notice that they would be hosting a poll to allow users to vote on where new charging locations would be in the future. It looks like Tesla will use a combination of user polls and their research to continue expanding their charging. Hopefully, this balancing act will allow charging to be placed in rural/less known areas while also engaging with the Tesla community.

Tesla Charging has not yet published its poll of upcoming locations.