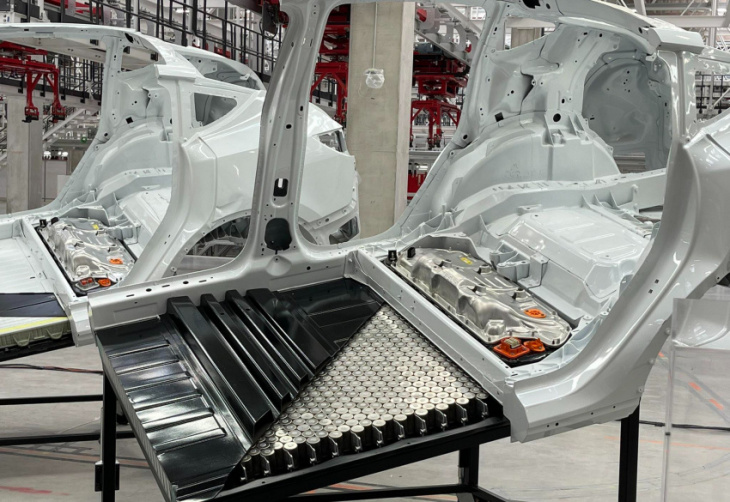 Tesla Gigafactory Berlin is still in its early stages, but the Germany-based electric vehicle factory is aiming for some ambitious targets of its own. Among these is the facility’s battery production, which is reportedly expected to begin sometime in the first quarter of 2023.

Tesla’s next generation of vehicles is expected to be powered by the company’s next-generation 4680 cells. The company currently equips some Texas-made Model Y with 4680 batteries, but in the future, Tesla’s vehicle lineup is expected to adopt the new battery form factor. Gigafactory Berlin appears to be one site that is actively planning on equipping its vehicles with the new, larger batteries.

As noted in a B.Z. report, Tesla presented its 4680 battery technology in Grunheide this past Sunday. Tesla explained that instead of using thousands of small lithium-ion cells for its vehicles, the company intends to roll out cars that are equipped with significatly fewer but larger 4680 cells. The 4680 batteries are faster and cheaper to manufacture, and they are more environmentally friendly.

Tesla’s session appears to have attracted quite a lot of attention. On Sunday, about 1,000 visitors took the time to learn about the electric vehicle maker’s new battery technologies. Questions about training and jobs at Gigafactory Berlin were reportedly addressed as well.

#Gigaberlin🇩🇪 rumours Acc to B.Z. information, battery production is to start “in the first quarter of 2023“ Further: Atm, the plant produces a good 1,500 a weekMotor production is to begin in Grünheide as early as this yearhttps://t.co/S09fgRJbYz pic.twitter.com/iv4aj78XFA

Citing information that it acquired, German news outlet B.Z. noted that the interior work for Gigafactory Berlin’s battery factory is already underway. Barring any unforeseen delays, 4680 battery production could begin “in the first quarter of 2023.” The target is reportedly to produce enough batteries to support 500,000 Teslas per year, the estimated optimum output of Giga Berlin’s current state.

Gigafactory Berlin still has quite a long way to go before it is fully ramped. The facility is estimated to produce only about 1,500 Model Y per week for now, but eventually, this output is expected to increase to about 10,000 cars per week. Mastering the production of 4680 cells is an uphill journey as well, as the larger cells utilize a dry-coat electrode process, which is quite different from conventional battery-making techniques.