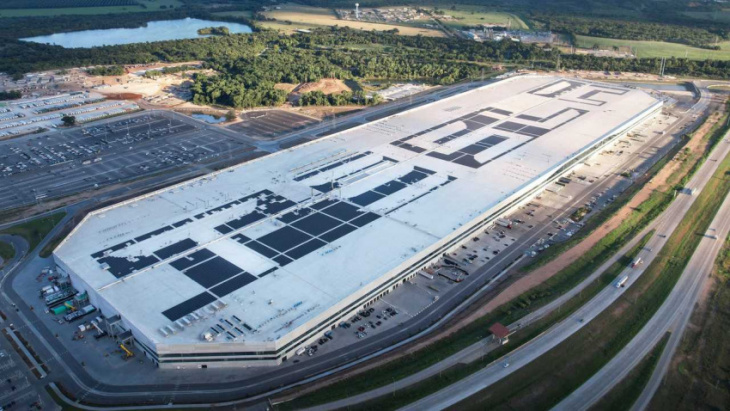 According to a recent article published by The Guardian, some construction workers at Tesla’s newest EV factory, coined Giga Texas, have come forward to report potential labor violations. The article goes on to claim that whistleblowers have pointed to unsafe conditions, accidents, and potential wage theft, and that an official complaint and request for a case will be filed.

Tesla has been working on its factory near Austin, Texas, for some time now, and while the factory is open for business, it’s not complete. The work seems to never end at such a site, and Tesla is still clearly working on the roof area, the solar panels, and many other areas. Expansion efforts are also already underway, and the automaker hopes to shift focus to a public park at some point soon, which was promised by CEO Elon Musk.

The Guardian reported that some of the contractors and subcontractors hired by Tesla to carry out the construction at Giga Texas are planning to sue the US EV maker. They’ll first file official complaints with the US federal Department of Labor for what they claim are labor violations. Workers reportedly cited unsafe work conditions, fake accreditations, and even wage theft.

More specifically, The Guardian draws attention to an individual employee who says his manager at Tesla provided him with OSHA certificates even though he didn’t participate in the required training. The same worker made note of dangerous conditions at Giga Texas, including being forced to work on a roof at night with no lights and working in areas with smoke and no access to a mask.

The Guardian goes on to report that this single employee, referred to as Victor, said he had to work in flooded areas with electrical wires, and he told his wife he would die at the Tesla factory. He added that one of his friends needed the money so badly he came back to work after an injury.

The publication also claims that some workers worked over the Thanksgiving holiday in 2021, after being asked to stick around and help. The workers reportedly alleged that they never got paid the promised double-time wages for the work.

“Tesla was not – didn’t seem – interested in using their power to ensure that everyone was able to go home at the end of the day without injuries, with all the money that they’re owed in their pockets.”

As is the case with any such reports of a whistleblower or a single employee bringing up claims like this, we’ll have to wait and see if it actually goes to court. If it does, it will be for a judge to decide. At this point, all we have is the story from The Guardian of a single worker, Victor, and his claims. The other reports just refer collectively to various “workers” complaints, but there were no official statements or details at the time of writing.

This is a developing story. When more concrete details and/or some sort of decision becomes available, we’ll update this article or provide a follow-up story.

Source: The Guardian via Electrek