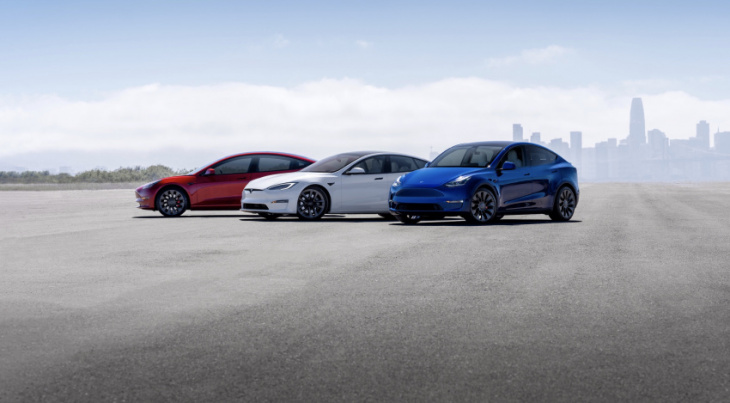 Tesla Full Self-Driving (FSD) Beta applicants who own older car models are still patiently waiting for access to the FSD Beta program. Some applicants have shared their frustrations at camera upgrade issues which prevent them from becoming an FSD Beta user.

Tesla owners with older car models have reported their frustrations regarding camera upgrade requirements. Most of the owners are waiting to enter Tesla’s FSD Beta program.

The common issue is that owners receive camera upgrade notifications even after Tesla Service installed new cameras. It has caused great confusion among a number of Tesla community members waiting to become FSD Beta testers.

In correspondence with Teslarati, FSD Beta applicant Houman H. noted that his 2017 Model S with FSD had yet to receive access to Tesla’s Beta program. The Model S owner had upgraded his vehicle to Hardware 3. He also proactively contacted Tesla Service to get the necessary camera upgrade for his car.

Even after the upgrades, Houman H. did not receive FSD Beta access. Instead, he received another notice of his ineligibility for the program, stating that his Model S still needed camera upgrades. Confused, Houman H. contacted Tesla Service, thinking there must have been a mistake in their records as he had already upgraded his cameras.

Who is affected by the Camera Upgrade Issues?

A few Tesla owners who own older models talked to Teslarati about their challenges while patiently waiting for access to the FSD Beta program. Most—if not all—of the owners Teslarati spoke to have a Safety Score of at least 90 and purchased FSD at least a year ago.

“I have been patiently waiting since November 2021 for the FSD beta for my 2017 MS P100D when my cameras were upgraded and the MCU2 was installed. The vehicle was delivered with MCU1 and AP2.0. Safety score has always been 95 or above,” shared Powderkeg in the Tesla Motor Club (TMC) Forum.

“Recently the Tesla app version 4.14.2 allows the user to view if their vehicle is eligible for the FSD Beta. Much to my chagrin my vehicle shows that it is not eligible due to the cameras needing to be replaced. I know they were replaced at the time of the MCU2 upgrade because they are listed under the parts section,” the TMC member elaborated.

The TMC member and Houman H. worked with their local Tesla Service Center to solve their issues. They received different reasons for their camera upgrade issues.

“So apparently they didn’t have to replace all of them, they said that there was a problem with one of their replacement cameras that wasn’t working for many people, I think it was the front right side camera so for many of them they had to be replaced Even if they had already been upgraded. Therefore, doesn’t sound like it’s a true situation where all of them have to be replaced, but there are select cameras on select cars that have to be upgraded again due to some type of problem,” Houman H. told Teslarati.

Powderkeg also received information from his local Tesla Service Center. In his case, Tesla stated that all cameras need to be upgraded to run the final production FSD software.

Another Teslarati reader, Frank H., noted that he couldn’t upgrade his cameras, even after several requests to his Tesla Service Center. Frank H. paid for FSD, but has not been able to participate in Tesla’s beta program because of old cameras.

“I paid for FSD years ago but have been unable to participate in the beta program due to old cameras. Now FSD is in wide release and Tesla still has not upgraded my cameras after several requests. I am told: ‘We are currently experiencing a parts shortage on all parts necessary to perform FSD camera upgrade,’” Frank H. shared with Teslarati.