Our favorite Detroit-based Tesla FSD Beta tester tests the latest version. It's impressive, but there are still edge cases. 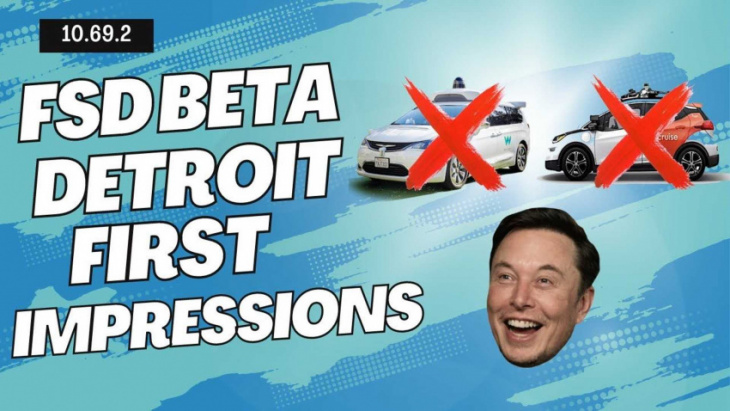 If you’ve been following InsideEVs for a time, you may have some idea about how Tesla’s Full Self-Driving beta technology has fared in Detroit. We’ve been providing articles with videos showing how the Tesla Model 3 handles the city with each new FSD update. While we’ve seen obvious improvements, it’s also been increasingly clear that Tesla still has plenty of work to do.

Many Tesla owners and influencers, as well as Full Self-Driving beta testers, are located in California and Florida, though many other locations on both the West Coast and East Coast are popular spots for Tesla owners. That’s precisely why we’ve gravitated toward YouTube channel Detroit Tesla’s coverage of Tesla’s Full Self-Driving beta technology.

To be clear, the driver-assistance system doesn’t always perform the same in every location, and it seems Detroit is a location Tesla likely hasn’t focused on when testing the technology. CEO Elon Musk even admitted in the past that much of the testing takes place in California, which is to be expected, though it’s still concerning to some folks.

Detroit Tesla channel host and Tesla FSD beta tester Toni Ezero has been keeping us other Michiganders at InsideEVs apprised of the technology’s progress over many months. He typically takes his Model 3 on a long drive through Detroit to show us how it handles areas that he highlighted in previous videos, which were filmed when the technology was on a previous version.

After watching Toni’s latest video, it is abundantly clear that the people touting the technology on social media are probably experiencing the same notable improvements he is. Toni calls Tesla’s progress “huge,” and he’s been decidedly fair and even negative in the past when he was unhappy with FSD’s performance following an update. He also has an important suggestion for Tesla. Toni writes:

“There are huge improvements here. Everything feels more natural and smooth! However, tesla needs to move over completely from relying on maps to vision for edge cases such as temporary construction and “do not enter” signs.”

As we continue to report on Tesla’s FSD beta, we’ll say yet again that while we’re also impressed with the notable progress, the cars can’t drive themselves. It seems no matter how much work Tesla does to improve the tech, there are still edge cases and situations it’s simply not going to be able to handle.

That said, do you believe Tesla’s Full Self-Driving capability will be truly autonomous in the near future? Musk is, once again, confident it will happen by the end of the year. Really? Watch the video and then let us know what you think. What say you?

It seems the reports were true, and Tesla is seriously considering refining its own lithium. Ramping up US deliveries is paramount.

The fire broke out at one of the recycling facilities that Tesla has on-site at its Berlin factory.

Tesla last week countersued the California agency that has accused the electric carmaker of tolerating widespread race discrimination at its flagship assembly plant. Tesla in a complaint filed in state court in Alameda County said the California Civil Rights Department (CRD), which sued the company in February, adopted “underground ...

Several Tesla Semi electric trucks have been spotted being shipped around the country ahead of the long-awaited start of deliveries. Tesla Semi, an all-electric class 8 truck, was unveiled all the way back in 2017. At the time, it was supposed to come as soon as 2019. The vehicle ...


View more: Tesla Semi electric trucks spotted being shipped around ahead of deliveries

A movie maker is hiring up to 100 social media influencers to read and self-record Musk and Tesla-bashing statements,