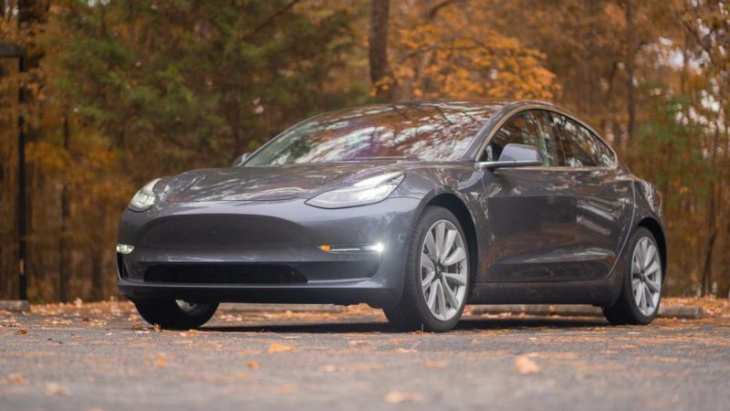 Tesla is starting to ramp up deliveries all around Australia and it’s no different in South Australia. New data shows a sizable jump in the southern state as the Tesla EV fleet grew by over 10% during August 2022.

Today I look at some of the key insights as EV uptake starts to take off in states like South Australia.

Tesla uptake takes off again with 10.7% jump in South Australia

New data from carloop reveals that EV uptake in South Australia has risen sharply with the overall Tesla fleet growing by 10.7% – albeit from a low base – in August 2022. That’s a total of 1,032 Tesla EVs now in the state. Tesla delivered 102 new Model 3s and Model Ys to happy EV customers across the state during the month. 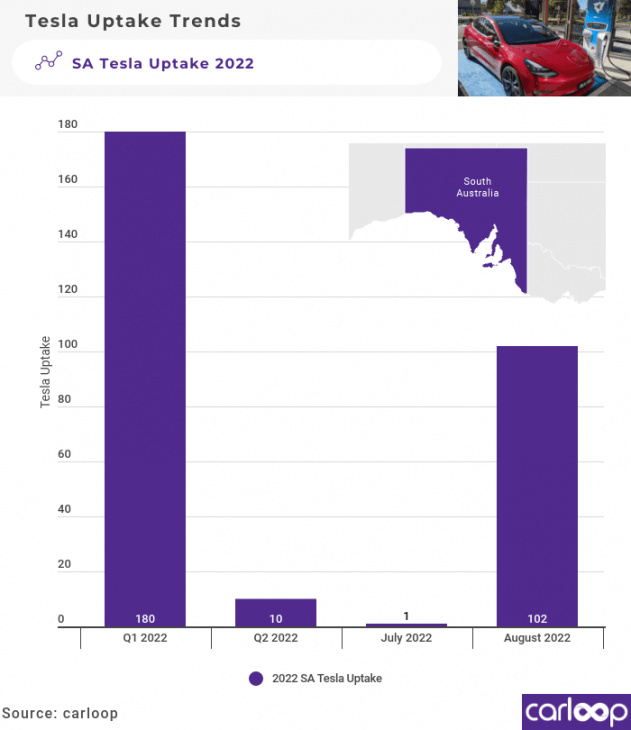 Previously, Tesla uptake had come to a halt due to Shanghai lockdowns that impacted production and deliveries of Teslas to Australia.

This meant deliveries in Australia were pushed to the second half of the year. These are now coming in as seen by the recent Tesla uptake in South Australia.

Even Q4 Tesla production for Australia has begun with many Model Y order holders including those in South Australia receiving an update earlier this week. Tesla has recovered fairly quickly and has now expanded its Shanghai plant with a production focus on Model Ys.

In the first month of Model Y deliveries to South Australia, August data showed an interesting breakdown of Model Y vs the Model 3 deliveries. What does this look like and what could be in the works over the coming months?

Data from August also highlights the breakdown of Tesla Model Y deliveries with 25.5% of the 102 EVs delivered being a Model Y. 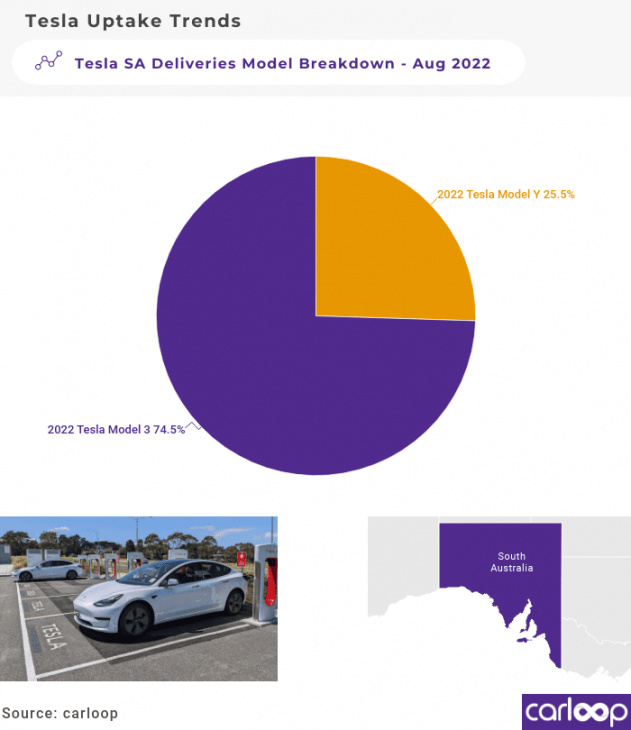 Tesla delivered 26 new Model Ys to customers during the first month of deliveries to the state. This is only expected to increase over the coming months with hundreds more of this popular EV hitting the South Australian roads.

It’s not hard to see interest in the Model Y increasing as many more are delivered to Australia. The federal government is just days away from removing the fuel excise discount. More drivers may turn to EVs as fuel prices rise again.

South Australia’s stance on renewables has also been a big driver for the shift in the state and many in the industry understand the benefit of charging your EV with renewable sources.

This is a very exciting time for the state as decarbonising of transport has begun in a big way. Initiatives like the SA government’s $3,000 EV subsidy for zero-emission vehicles will help with general public EV awareness.

Along with that the RAA rollout of 140 new EV charging locations will also contribute to EV uptake as a whole in the state as South Australians ditch the fuel pump for cleaner energy sources made locally from renewables in the state.