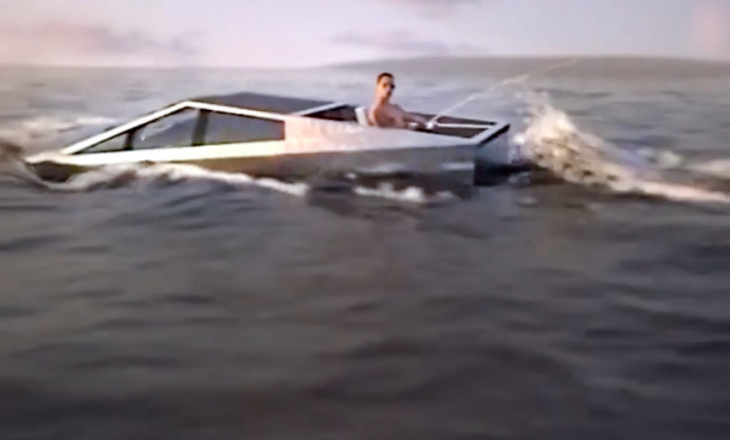 Tesla CEO Elon Musk said the automaker could develop a small electric boat for the Giga Texas public park, known as the “ecological paradise.” The comments came after the ecological paradise was confirmed to be under development after documents seen by Teslarati yesterday showed Tesla is expanding the factory by 500,000 square feet.

Yesterday, we reported that Tesla had filed to expand Giga Texas by 12 acres or over 500,000 square feet. The documents showed Tesla had applied for an increase in its Limits of Construction in both acreage and square footage. Its new application listed 280 acres, up from 268, and 12,196,800 square feet, which increased from 11,674,080.

Musk confirmed in a response to Teslarati that the Giga Texas expansion would make way for the ecological paradise that he spoke of when Tesla announced it would build the factory in Austin. However, Musk said the plant will need to be more secure financially before it begins developing the land explicitly for the project. However, the application itself shows Tesla is certainly preparing.

Ecological paradise plans from south portion of Giga Texas to river look great, however we must first get the factory financially on its feet

The Tesla CEO then shared more details regarding the design of the ecological paradise. The trail exhibiting the natural beauty of the outskirts of Austin City Limits will eventually extend to downtown Austin, “so you can walk, bike, or kayak,” Musk said.

Some of Musk’s Twitter followers even showed designs of what could potentially come of the description the CEO gave:

There have been plenty of renders in the past of potential Tesla boats, but the company has never formally committed to building watercraft, despite what you might read or see online. Musk has talked about it in the past, but Tesla is so busy with its current product lineup, improvements in manufacturing, and ramping up its two new production plants. It is unlikely any developments will come regarding a Tesla boat for at least a few years.

It’s not far-fetched to think that Musk would be interested, either. After all, he still owns his Lotus Espirit S1, the underwater vehicle from the 1977 James Bond film, “The Spy Who Loved Me.” Musk also said during the 2019 Shareholders Meeting that, “You can actually have a submarine car — it’s like technically possible. I think the market for this will be small. Small but enthusiastic. It would be a bit of a distraction, but maybe we’ll make one as a show car.”