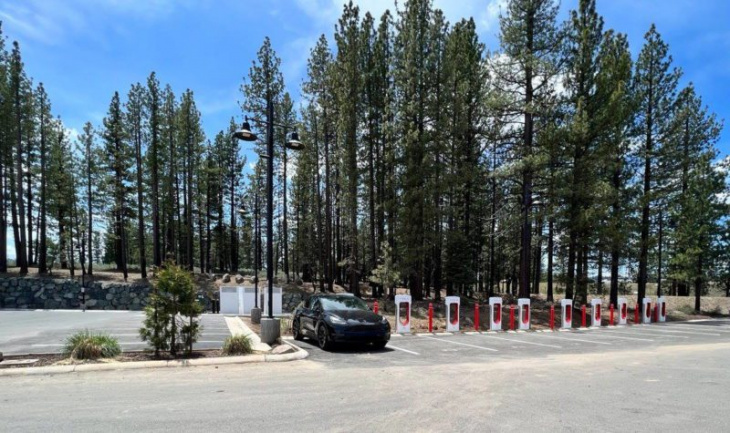 Tesla has laid claim to the biggest EV supercharger network in the world, after revealing it passed the 40,000-mark of Superchargers installed around the globe.

The milestone was announced on the TeslaCharging Twitter account on Wednesday in trademark Tesla style: “40k Superchargers around the world – and counting.”

40k Superchargers around the world — and counting pic.twitter.com/w6tShTkwPA

It’s a notable milestone, particularly considering Tesla’s Superchargers are slowly being opened up for use by non-Tesla EVs around the world.

The next generation of Superchargers are also on the horizon, with Tesla reportedly set to build its first V4 Supercharger station in Yuma County, in Arizona, according to planning documents recently shared on Twitter back in September.

However, despite the success and popularity of Tesla’s Superchargers, prices to use the network have continued to increase, expansion of the network has been delayed, and variable pricing has now been introduced at peak periods.