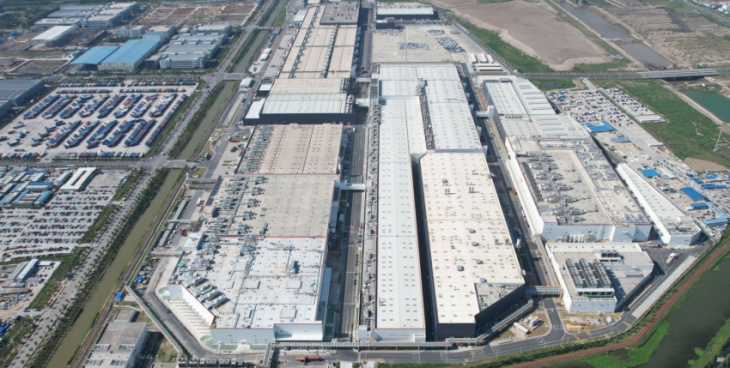 Tesla China VP Grace Tao recently shared some key insights about Gigafactory Shanghai’s operations. As per the executive, the supply chain of Tesla’s China-based factory is only getting more and more efficient.

Gigafactory Shanghai has played an increasingly large role in Tesla’s overall operations. Since it was put into operation in late 2019, the facility has grown into Tesla’s largest factory by output. It also serves as Tesla’s primary vehicle export hub, providing Model 3 sedans and Model Y crossovers to areas such as Europe.

In recent comments to local news agencies, the Tesla China VP shared some insights about the development of Gigafactory Shanghai. The executive noted that Giga Shanghai’s supply chain is now 95% localized. What’s more, Tesla China’s suppliers for the facility are within a four-hour driving distance in the Yangtze River Delta area.

With a fully localized supply chain and other suppliers within reach, Gigafactory Shanghai has the potential to become even more efficient than it is today. This could help Tesla China ramp its vehicle production in the country without relying much on external factors as well.

Tesla China’s growth and achievements have been extremely impressive so far. In Tesla’s Q2 2022 Update Letter, the company listed Giga Shanghai as its largest factory by volume, with an estimated output of over 750,000 vehicles per year. Following a recent round of upgrades, this number is now conservative, with estimates pointing to Giga Shanghai having an output of about 3,000 vehicles per day.

Elon Musk definitely appreciates the hard work of the Tesla China team. During the Cyber Roundup or the 2022 Annual Shareholder Meeting, Musk was asked by some members of the audience if Tesla would do a friendly competition of sorts among its Gigafactories. Musk joked that if such a thing were to happen, it would be very difficult to beat Gigafactory Shanghai.

Monthly Tesla Podcasts & Annual AI Day events? Tesla’s growth of FSD Beta testers Dojo Supercomputer Update Tesla held its second AI Day last night and a lot was revealed including a working prototype of the Optimus Bot. Although the Tesla robot was long awaited and is the most ...