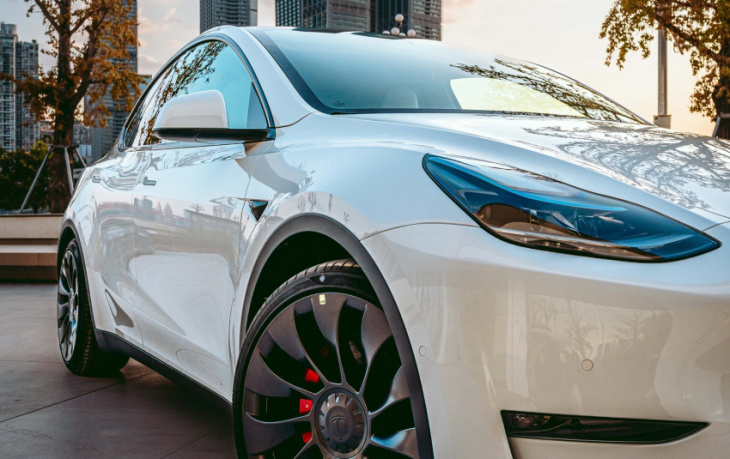 Recent estimates from China suggest that Tesla has seen insurance registrations of 11,670 units during the first week of December. The number is roughly in line with the expectations of TSLA bulls who are closely following the company.

From November 28 to December 2022, China’s NEV sales based on insurance registrations were estimated at 129,000 units. That’s up 36.7% year-over-year and up 5% from the previous week, according to estimates from industry watchers in China.

Estimates also suggest that China’s overall vehicle sales were at 387,000 for the week. From this number, internal combustion engine-powered cars were estimated to account for 258,000 units. BYD and Tesla saw strong sales during the week, with 40,243 and 11,670 units registered, as per a report from CNEV Post.

New weekly Tesla China car insurance data is expected to be released in 10-12 hours.• 12K would be as expected• 14K would be very good• 16K would be excellentHere is what happened so far in Q4: pic.twitter.com/qWV4M7pQlv

Tesla bulls have responded positively to the update from China, with noted EV watcher @TroyTeslike noting that insurance registrations of about 12,000 units in the first week of December would be in line with expectations. Tesla China’s sales may see a surge in the following weeks, however, especially as the country eases up on its Covid restrictions.

Tesla China’s December numbers would have to be record-breaking for them to exceed expectations since the electric vehicle maker sold a record 100,291 domestically-made cars in November. With such results, Cui Dongshu, the secretary-general of the China Passenger Car Association (CPCA), estimated that Tesla China’s annual sales for the year could hit about 750,000 on its own.

Tesla community is divided over open Superchargers: Here’s why it is a good move

Tesla Model Y Steering Wheel Falls Off While Driving, One Week After Delivery

Tesla opens its first Australian Superchargers to non-Tesla EVs, at a hefty price

Tesla Australia unlocks some Superchargers for all EV owners

Even Low-Milage Teslas Are Often Too Expensive to Fix

NEW YORK, NY – AUGUST 27: Tesla vehicles stand outside of a Brooklyn showroom and service center on August 27, 2018 in New York City. The electric automaker saw its stock drop on Monday after its Chief Executive Elon Musk reversed his plans to make the Silicon Valley company ...


View more: Even Low-Milage Teslas Are Often Too Expensive to Fix

MEXICO CITY, Jan 31 (Reuters) – Electric carmaker Tesla Inc (TSLA.O) is considering setting up an assembly plant near a new Mexico City airport, which would serve as an export hub for the firm, Mexican presidential spokesman Jesus Ramirez said. Ramirez said that Tesla could put a plant at ...

No price cuts here. Photo: VW Everything seems to be getting really, really expensive these days, except for Teslas as the company has been slashing prices for its EVs all over the world in recent weeks. But, while Ford clamored to follow Tesla down the price-cutting rabbit hole, German automaker ...

The discount is on top of the significant price cuts announced earlier this month, but only for buyers who trade in their older Teslas.

Tesla grows headcount to new record despite waves of layoffs

Tesla confirmed that it grew its headcount by 29,000 employees last year despite waves of layoffs in 2022. 2022 has been a tough year for Tesla employees. They faced waves of layoffs and the stock price plummeted which negatively affected their stock options, which are an important part of ...

Tesla may be backtracking on its belief in the long-term benefits of investing in Bitcoin after losing over $200 million on the investment last year. The language that has appeared in past 10-K documents filed by the automaker that seems to show a bullish attitude toward investing in cryptocurrencies ...

Photo: Allison Dinner (Getty Images) If you’re new to the Tesla family there’s a good chance you’re angry, General Motors capped last year strong and Mazda wants you to know that the Miata will be with us until the end of time, as true love always is. All that ...

Tesla still holds Bitcoin, but also took a $200 million loss because of it

Report: LGES May Supply Tesla With Batteries From Arizona

Tesla opens its Supercharger to non-Tesla EVs in Australia

Tesla is going to build a factory in Mexico City, says government official

It Took 6,000 Gallons of Water to Extinguish This Burning Tesla

VW Charging Network Is in a Global Race with Tesla

Tesla Takes Customers From Rivals While Industry Struggles At Retention

Tesla Revamps Strategy To Get Ahead On 2023 Production And Deliveries

Tesla Stock Vs Amazon Stock In 2023

Tesla bursts into top 10 best-selling cars in the world with 2 models, industry should be scared

American EV owners save more money in winter than any other country: study