Evidence suggests non-Tesla EV owners will soon be able to reap the benefits of the extensive Supercharger network infrastructure.

A Tesla owner may have discovered what could be the first CCS-compatible Supercharger in the United States, reports Drive Tesla Canada.

Twitter user Hayden Sawyer first discovered the charging site and quickly realized it was the only one. If you're unaware, a CCS-compatible charging port means non-Tesla electric vehicles could avail themselves of the Supercharger facilities. Tesla has long promised that the Supercharger network will be made available to all EVs in North America, as is the case in other regions.

By using the 'Find Us' filter, Sawyer was able to locate the only CCS-compatible station in the USA thus far. But before you hop in your EV( Tesla Model Y or otherwise) and rush off to West 120th Street in Hawthorne, California, it seems the conversion hasn't occurred yet. 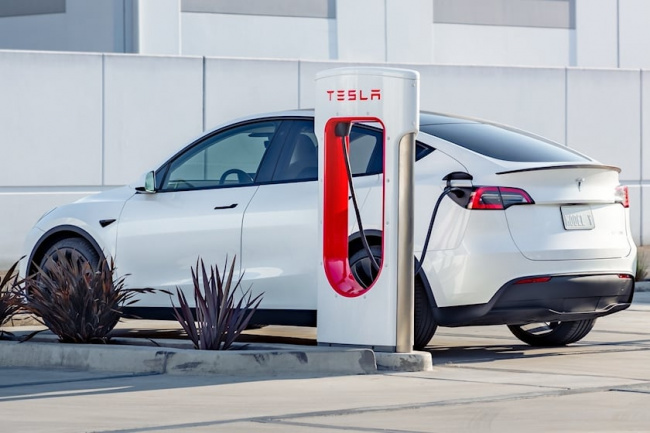 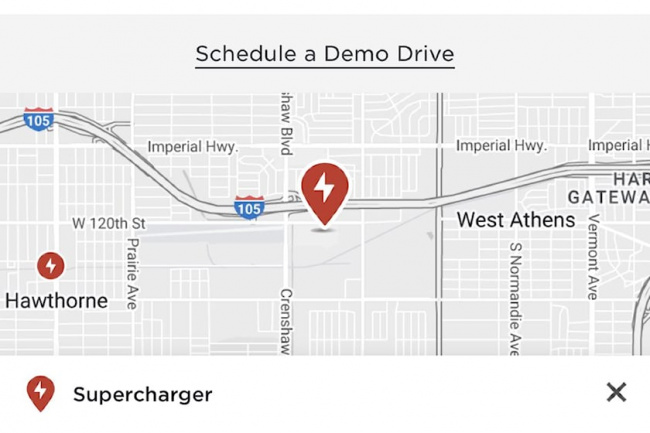 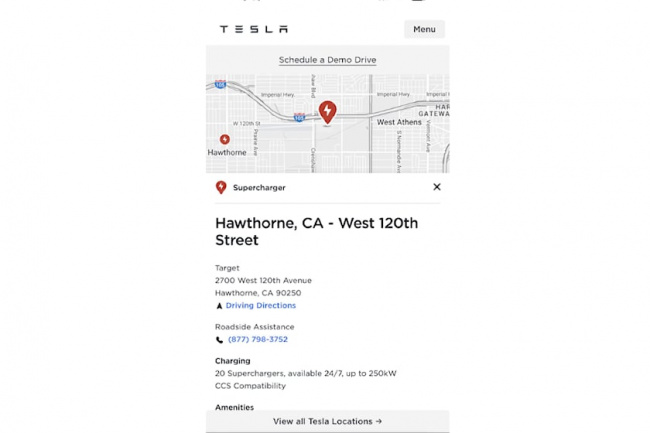 Curious to see what was developing, Teslascope headed down to the location and, to their disappointment, found a regular Supercharger. “Nothing new here,” they wrote. “Either a false alarm, or they haven't begun installing the Magic Dock yet.”

Magic Dock is a CCS adapter that would make it possible for non-Tesla electric vehicles to charge at a Supercharger facility. According to Drive Tesla Canada, Tesla was expected to commence production of the built-in adapter last year.

The publication reports that the component will reportedly attach to the top opening and can be neatly docked when not used. More evidence suggests that Tesla is slowly preparing to convert its charging stations to be compatible with other electric vehicles. 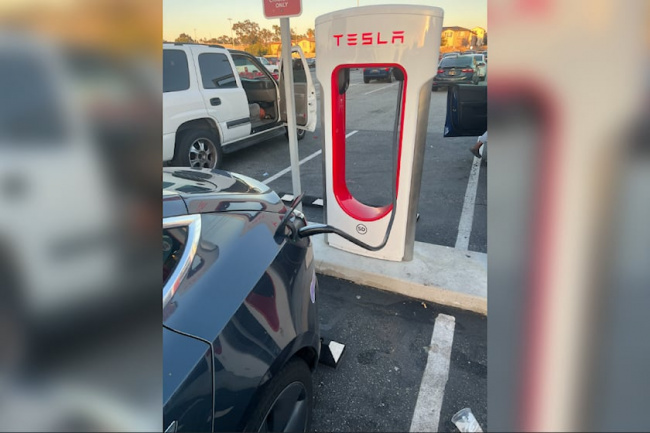 Nothing new here! Either a false-alarm or they haven’t begun installing the Magic Dock yet. pic.twitter.com/6gmuOjwlit

Hawthorne also discovered a “Charge your Non-Tesla” option in the mobile app menu, suggesting that this new feature is imminent in the USA. Elsewhere, Twitter user Branden Flasch uncovered an image of the Magic Dock. Based on the screenshots (seen below), the Magic Dock appears to have a different connecting cable and charger.

“It looks like Magic Dock is now shown in the Tesla app – see [the] second image for what has [been] shown previously, which reflects [the] Euro CCS2 handle. I think the Magic Dock/open Supercharger launch is imminent,” wrote Flasch.

We're still waiting to hear something from Tesla, but it's safe to assume the automaker has started the process of converting certain charging stations, especially if these clues are anything to go by. 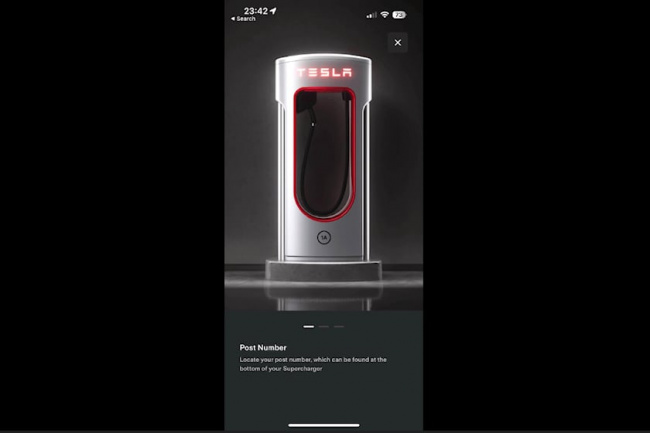 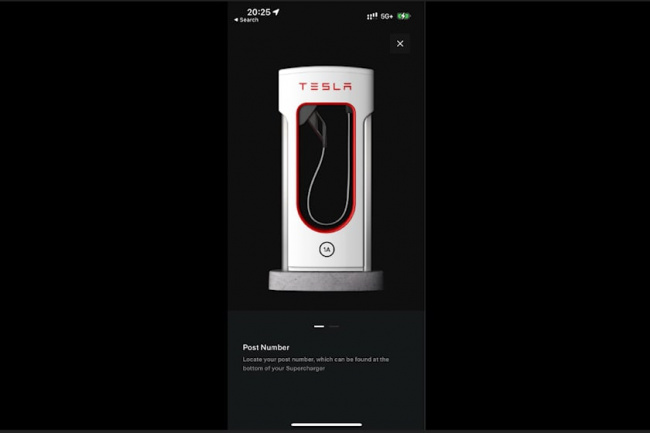 Tesla seems to have changed this imagine in the app now – I think we weren’t supposed to see it yet! https://t.co/PZJtXDeBeH

It would also make sense for Tesla to start with the Hawthorne location, as it's mere minutes away from the automaker's design studio.

American EV owners have been patiently waiting for this to happen since Tesla CEO Elon Musk announced the Supercharger network would be available to non-Tesla drivers. This would bring plenty of convenience to EV drivers who, despite numerous attempts at improving infrastructure, still need help finding charging stations in certain areas.

As the government continues to encourage the adoption of electric vehicles, opening the Supercharger network to non-Tesla EVs will only make things easier for those hesitant to make the switch.

Hopefully, Tesla will make an announcement about this in the coming weeks. 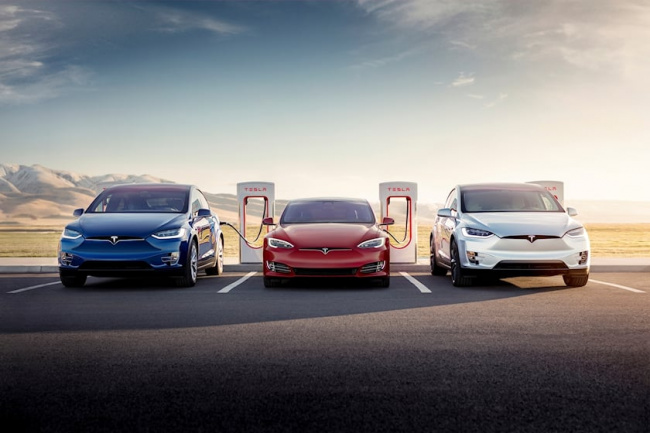 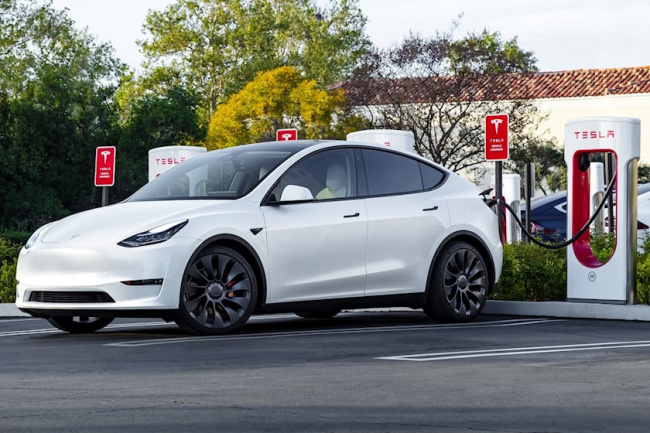 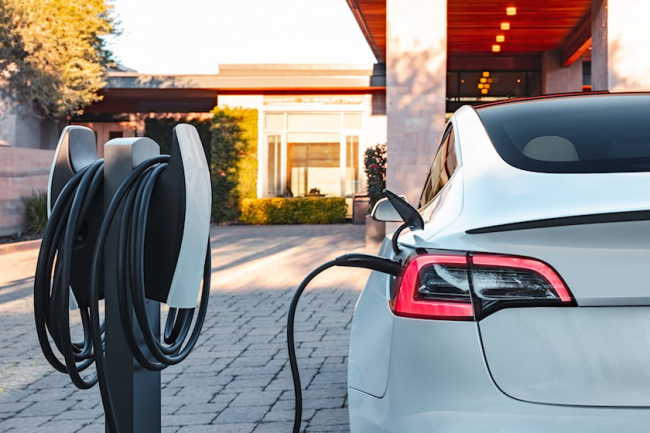 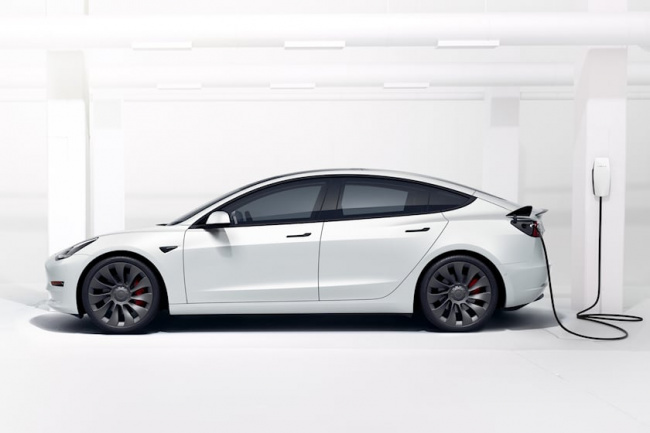 Keyword: Tesla Chargers For Non-Tesla Vehicles May Be Here Sooner Than You Think