Alpine Formula 1 team boss Otmar Szafnauer looks “a little silly” after his failed bid to prove that his team had a valid contract with Oscar Piastri for 2023, according to McLaren CEO Zak Brown.

Earlier this month, the Contract Recognition Board ruled that current Alpine reserve driver Piastri will race for McLaren from 2023 after Alpine disputed the validity of Piastri’s contract with McLaren.

There was exactly a month between Alpine announcing Piastri as Aston Martin-bound Fernando Alonso’s replacement and the CRB ruling that the team had no right to do so on September 12.

Throughout that month, Szafnauer insisted that Alpine had a valid contract with Piastri for 2023 and even cited his former BAR-Honda team’s triumph over Williams when the two teams squabbled over Jenson Button in the mid-2000s as evidence of why Piastri could still race for Alpine after the team won at the CRB.

Szafnauer also repeatedly claimed that Piastri had signed an agreement last November that gave Alpine the right to have Piastri racing for the team next year.

Alpine ultimately lost the CRB case as it was found the team had no right to Piastri’s services for 2023.

Alpine’s approach of speaking publicly about its confidence in winning the CRB was in stark contrast to that taken by McLaren, which would not confirm that Piastri would replace Daniel Ricciardo even when the team announced it would split with Ricciardo at the end of 2022.

“It was very noisy, but we really haven’t commented on anything. I think it was better just to let things play out and give a little bit of colour afterwards,” McLaren CEO Brown, pictured below with Alpine’s Laurent Rossi, told NBC Sports. 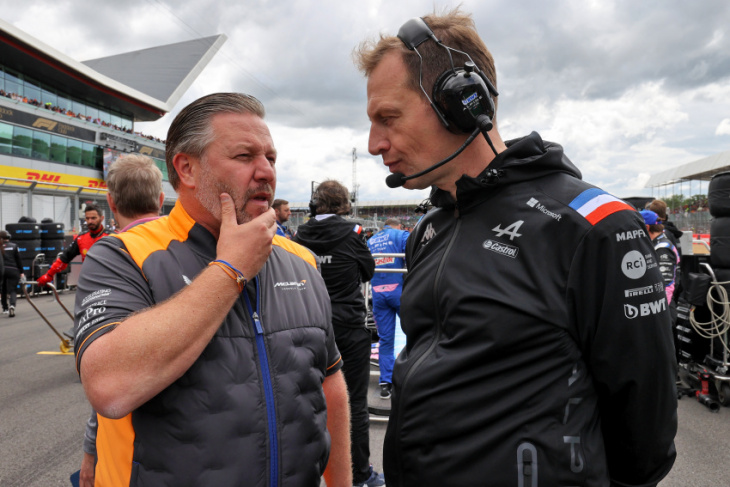 “If you look at all of the comments by Otmar he was giving a little play-by-play of the CRB and how confident they were, and now I think he looks a little silly.

“That’s why it’s best to keep your mouth shut, and we can talk about it after the fact when there’s something concrete to say.”

Brown said McLaren was content with its approach in the build-up to the CRB hearing because it was confident the board would rule in McLaren’s favour and the truth would be public.

“Now that ruling has come out in good detail, it’s clear what happened there. We recognised there was a lot of noise, but we knew the truth would come out eventually, and we just need to kind of ride it out as opposed to giving a running commentary.

“So at the time, not oblivious to the noise and some of the direct message notes that I got from fans.

“But now we’re very comfortable the CRB has come out, and that’s very clear there, and I’m sure we’ll get this resolved here shortly.”

Brown was speaking at IndyCar’s Laguna Seca finale, which might have been 2021 IndyCar champion Alex Palou’s final race before he joins McLaren in 2023. 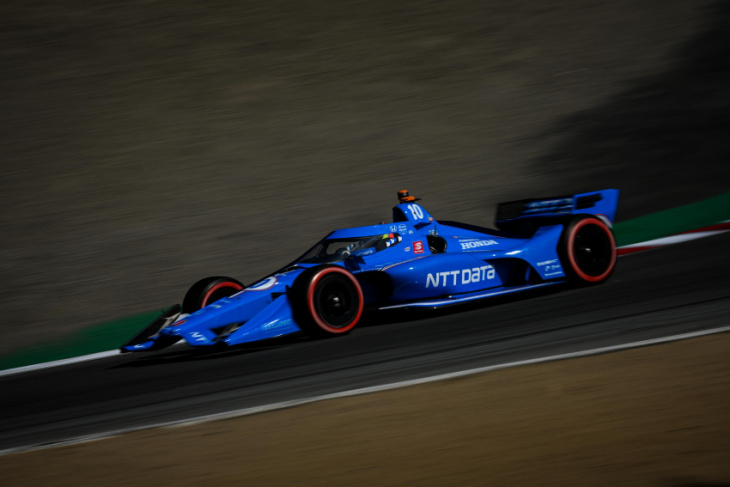 That’s if another contract dispute with Palou’s current Chip Ganassi Racing team – a disagreement that is still yet to be resolved – goes in McLaren’s favour.

Those talks are now in the second round of mediation – a second attempt at talks to avoid the need for the case to go to federal court.

“It worked really well in Formula 1. It was a one-day hearing,” said Brown, when asked if IndyCar needed its own CRB.

“[We] got back [the decision] in the same week. It was unanimous. The CRB has only been tested three times in its existence, and I think this is the first time of this situation in IndyCar.

“So, I don’t know if you need one because one thing happens. Another might not happen for another 20 years, but the CRB worked well in Formula 1.”