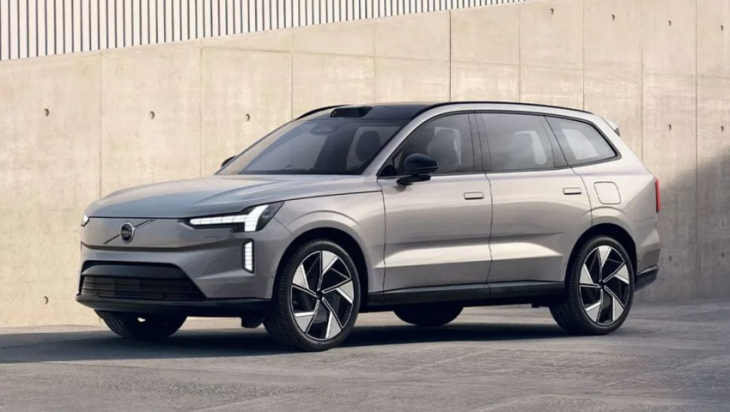 One of the first new all-electric models arriving to Australia is the EX90 that will replace the popular XC90 large SUV.

Timing is everything in the car industry. Developing an all-new model can take years but the market is evolving all the time, so making sure you’re reading the signs for the future is why car company executives get paid the big bucks.

Just ask Holden, which spent $1 billion on the VE Commodore only to find when it was completed that buyers wanted SUVs…

At first glance, Volvo Australia’s decision to accelerate its switch to an all-electric line-up by 2026 could be seen as a major risk. After all, electric vehicles only make up 2.6 per cent of all cars sold in the first 10 months of 2022, so there’s still plenty of life left in the internal combustion engine in the Australian car market.

But Volvo isn’t taking a big risk, in fact I’d argue this is the smartest move the Swedish brand can take in our market. Why? Because while Volvo is a long-established brand with a strong reputation for safety and design it’s struggling to keep up in the local luxury sales race.

Volvo sold just over 9000 new models in 2021 compared to Mercedes-Benz and BMW that managed more than 20,000 each. It was also outsold by Audi and Lexus but did manage to out-perform the likes of Land Rover, Porsche and Jaguar.

Which ultimately leaves the brand is an awkward position, well ahead of the smallest luxury brands but trailing behind the leaders. But the key brand that proves why Volvo is making the right call isn’t an established luxury name but the upstart American brand that has shaken up the entire car industry – Tesla.

Now that Tesla is reporting its sales data through the Federal Chamber of Automotive Industries’ monthly reports, we can finally see the full extent of the brand’s reach in Australia. Up to October this year (the latest data at the time of publication) Tesla has sold 15,132 cars, which is significantly more than Volvo (8852) despite only relying on two models (3 and Y).

This puts Tesla on-course to overtake Audi, Lexus and Volvo to become the third best-selling luxury brand behind Mercedes and BMW in 2022. And this also demonstrates that there is a sizeable luxury audience for electric vehicles.

The XC40 Recharge EV has been well received.

So, Volvo Australia has decided to accelerate the brand’s global plans to be all-electric by 2028 by two years. It will create a fresh image for the brand that has long been seen as ‘boxy but safe’, despite becoming one of the most stylish car makers in the past decade with a uniquely-Scandinavian look across its range.

The reason to accelerate is important too, because legislation in Europe and other parts of the world is forcing other brands to ditch internal combustion power in favour of electrification by 2030. Getting a headstart on its competition – especially Mercedes-Benz, BMW and Audi – is a proactive move for Volvo Australia and one that could give them an advantage by the end of this decade.

This move will effectively position the brand as ‘Swedish Tesla’ within the next four years, allowing it to make a fresh pitch to customers that have long overlooked it in favour of the big German brands or, more recently, Tesla.

As Volvo Australia managing director Stephen Connor explained to CarsGuide recently, there was no advantage for the brand to wait until 2028 or 2030, and every reason to push ahead with this electric future as soon as possible. 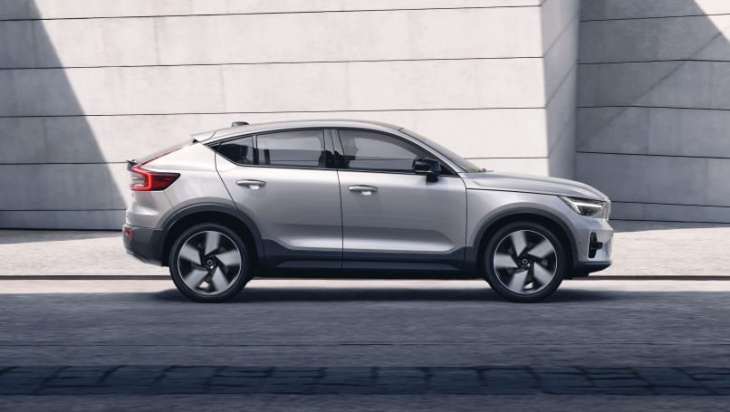 The C40 is Volvo’s first electric only model.

“If you look at the electric space, the market will be very crowded by 2030 – if we wait until then we will lose [electric] market share to our competitors,” Mr Conner said.

The early signs are positive for the brand, with the C40 Recharge and XC40 Recharge EVs already on sale in Australia and well-received, plus the recently-revealed EX90 coming soon to replace the XC90. The XC60 will reportedly be the final combustion-powered model replaced and there are rumours of new additions to the range. A pair of electric wagon-style vehicles as well as an all-new SUV to slot between the XC60 and EX90.

If Volvo can roll-out a new range of safe and stylish Swedish electric vehicles that will likely give it the best chance to increase its sales in Australia. And while there’s no guarantee that this change will make it an immediate rival to the likes of Mercedes, BMW and Tesla, it does give Volvo its best chance to ultimately challenge them.

Ultimately, timing is everything in this business and while certainly a risk, this decision has the potential to change Volvo’s fortunes in Australia for decades to come…

Keyword: Swedish Tesla? Why Volvo's all-electric gamble is worth the risk | Opinion

Volvo Cars has hired a new head of design with Jeremy Offer joining Volvo from British electric vehicle developer Arrival and will take over as Global Head of Design from 1 May 2023, succeeding Robin Page. According to a statement by Volvo Cars, Jeremy Offer brings with him 35 ...