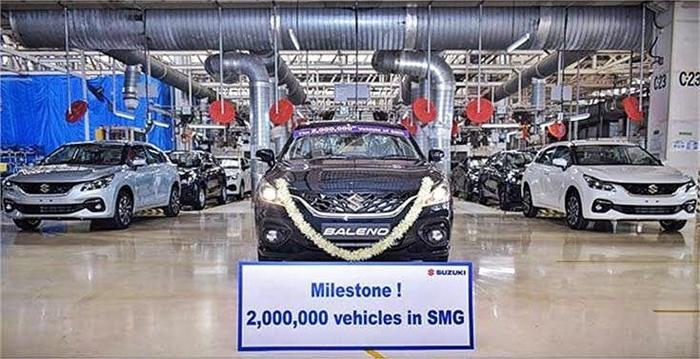 The 2-millionth vehicle was a South African-spec Baleno

Suzuki’s Gujarat plant has achieved a new production milestone as the 2-millionth vehicle rolled off the assembly line.

Production at Suzuki Motor Gujarat began in February 2017. The millionth car rolled out in October 2020, while the next million units were produced in just 21 months. The 2-millionth vehicle was a South African-spec Baleno, equipped with a 1.5-litre petrol engine.

Suzuki’s Gujarat facility produces four models. These include the Baleno, Swift, Dzire and Toyota Glanza. From 2025, the company plans to build Battery Electric Vehicles (BEV) at this facility.

The Toyota RAV4-based Suzuki Across exists to help Suzuki operate in Europe, as its low emissions keeps the range-average down. Australia seems to be out of step with some other markets for Suzuki when it comes to several of the brand’s more intriguing models, with the no-show of two ...


View more: Toyota-based Suzuki hybrid SUVs and small cars for Australia: Where are they and why aren't they here yet?