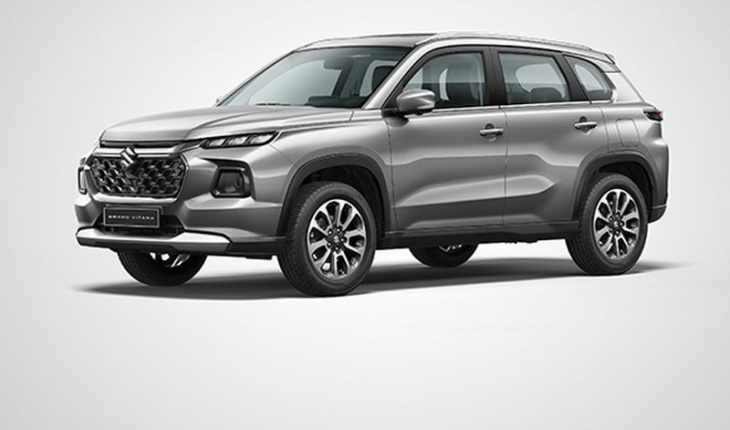 GANDHINAGAR (India): Japan’s Suzuki Motor Corp will set up a new global research and development company in India and continue to invest in the country aggressively, its president, Toshihiro Suzuki, said today.

The new company, a wholly owned unit of Suzuki Japan, would help the Japanese carmaker strengthen its R&D competitiveness and capabilities not only for India but also for global markets, Suzuki said during an event in Gandhinagar, the capital of the western state of Gujarat.

“India has become one of the most important countries for Suzuki Group,” he said at the event attended by Indian Prime Minister Narendra Modi and his Japanese counterpart Fumio Kishida, adding that Suzuki would keep investing in India.

Commemorating 40 years of Suzuki in India, Modi laid the foundation stones of two major projects – a Suzuki electric vehicle battery plant in Gujarat and a Maruti Suzuki car-making facility in the northern state of Haryana.

Suzuki is the majority owner of Maruti, which dominates India’s car market with its small, low-cost vehicles. But the company faces growing competition as buyers shift to bigger cars such as sports-utility vehicles (SUVs) and regulators demand safer and greener cars, pushing up costs.

For Suzuki, India is one of the biggest markets in terms of revenues and profit and one where it has so far invested 650 billion rupees ($8.1 billion) to support Maruti and ensure it maintains its leadership position.

More than 60% of Suzuki Group’s 2.8 million automobiles produced all over the world last year were made in India, company president Suzuki said today.

Suzuki started producing cars in Gujarat in 2017 for Maruti and for export to countries including Latin America and Africa.

In March, the Japanese carmaker said it plans to invest 104.4 billion rupees (RM5.8bil) in its India factory to produce electric vehicles (EVs) starting 2025 and batteries a year later. The plant has an annual capacity of 750,000 cars.

The Ignis’ 2020 facelift brought more aggressive detailing, such as grille bars, bulkier bumpers and wheel arch extensions. Suzuki has had an unexpected hit on its hands in recent years, in the unlikely shape of the Ignis “light SUV”. But it wasn’t always the case for Suzuki’s cheapest model ...


View more: A makeover miracle! How the slow-burn Suzuki Ignis 'light SUV' went from zero to hero in Australia

Amaze-ing DZire Space and Convenience Engine size and type Fuel Consumption In the battle of the entry-level city car, there are two manufacturers that stand head and shoulders above all others. Honda and Suzuki both offer very competent machines but which one is better? Amaze-ing DZire Small, cheap, city ...


View more: Which is better Honda Amaze or Suzuki DZire

The next-gen Suzuki Vitara will likely borrow heavily from the overseas Grand Vitara. (Image: Thanos Pappas) The next-generation Suzuki Vitara is shaping up as the company’s first electrified model range for Australia, paving the way for every successive SUV and passenger car released thereafter. Due out around 2025, the ...


View more: Next-gen Suzuki Vitara: What we know so far, including Toyota hybrid tech, a bold new look and maybe even a name change!

Rendered image by BestCarWeb The current fourth-generation Suzuki Swift has been around since 2017 and its replacement model is nearing. Following spyshots of a prototype doing its rounds in Europe, BestCarWeb has posted their predictions for the next-generation Swift. Photo credit: BestCarWeb First is the new generation Swift’s platform. ...


View more: Everything you need to know about the Suzuki Dzire