SUVs get parked in the sea, revealing scope of US auto market glut 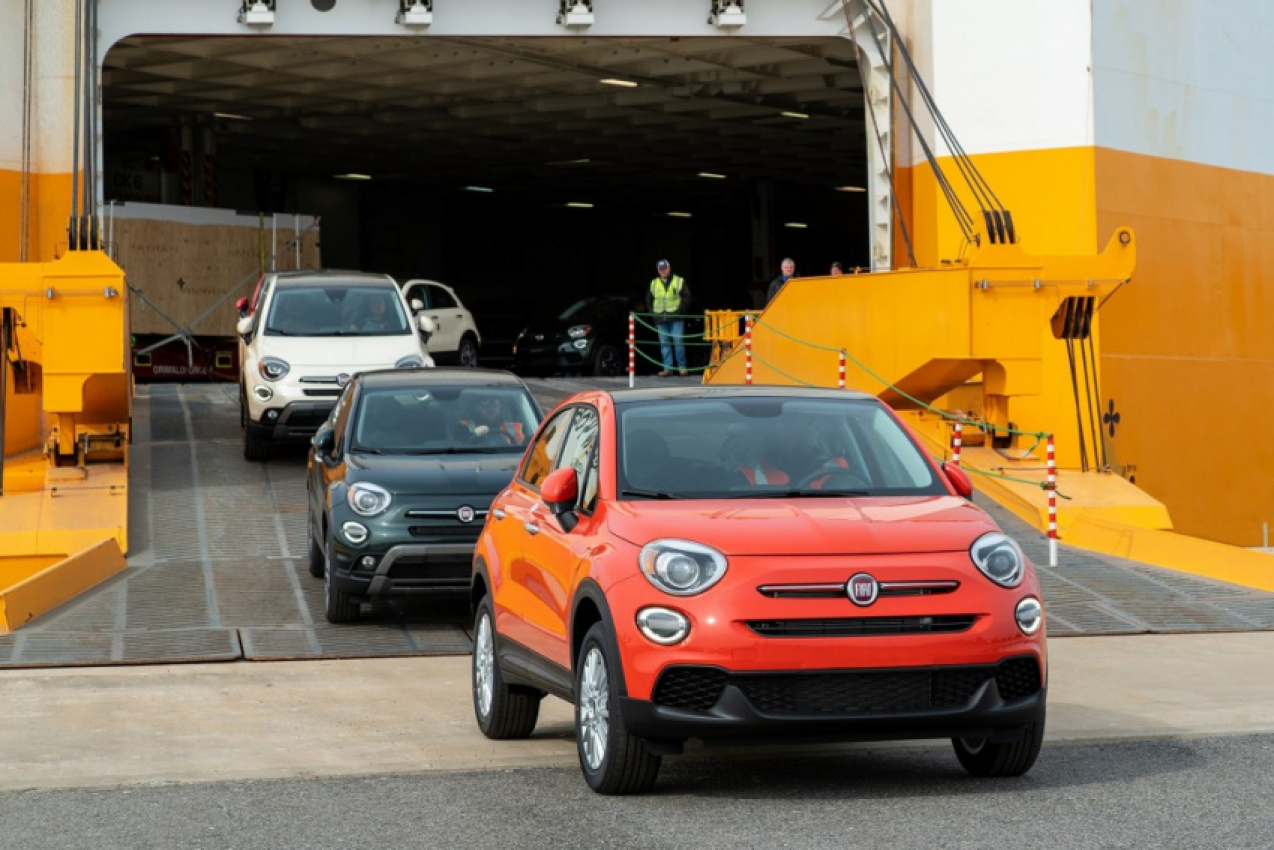 DETROIT: The length of almost two football fields, the cargo ship Jupiter Spirit arrived in Los Angeles’ harbour on April 24 after an almost three-week journey from Japan, ready to unload its cargo of about 2,000 Nissan Armada SUVs, Rogue crossovers and Infiniti sedans in a quick, half-day operation.

But when the ship, operated by Nissan Motor Co.’s freight arm, got about a mile offshore, its captain was ordered to drop anchor. And there the ship remained for almost a week – a floating symbol of an unprecedented logjam as nearby storage lots covering hundreds of acres overflowed with vehicles that Americans suddenly have little desire to buy.

There are gluts of all shapes and kinds forming in the US nowadays, a testament to the scope of the economic pain Covid-19 is inflicting.

Slaughterhouses are killing and tossing out thousands of pigs a day, dairy farmers are pouring away milk, oil sellers were paying buyers to take barrels off their hands last week, and now, brand-new cars are being left adrift at sea for days.

For the auto industry, which saw US sales plunge almost 40% in March, the crisis has left cars gathering dust on dealer lots, dealerships shuttered, auction prices slipping and tens of thousands of workers laid off or furloughed.

“Dealers aren’t really accepting cars and fleet sales are down because rental-car and fleet operators aren’t taking delivery either,” said John Felitto, a senior vice president for the US unit of Norwegian shipping company Wallenius Wilhelmsen.

“This is different from anything we’ve seen before. Everyone is full to the brim.”

The Jupiter Spirit’s shipment of vehicles was finally unloaded on April 29.

But the auto industry is typically a just-in-time business, which makes the delay at ports like Long Beach so unusual.

The majority of the quarter million cars imported from Japan last year came through West Coast ports, mostly via LA and Long Beach, according to IHS Markit PIERS data.

Some East Coast ports such as in Brunswick, Georgia, are experiencing higher-than-normal inventory, but industry officials say the main logjam is on the West Coast.

“It is very abnormal for a container ship, a car carrier or a cruise ship not to go right to the berth, discharge and be on their way,” said Kipling Louttit, executive director of the Marine Exchange of Southern California, a non-profit that monitors commercial ship traffic.

At the Long Beach terminal south of LA, cars are discharged at one of two piers – one with a 22-acre lot and another with 168 acres – that are capable of storing several thousand vehicles. They typically spend little time there before being relocated to larger storage lots some 12km away, where costs are lower, said Glenn Farren, director of tenant service and operations at the port. Then they’re gradually sent via truck or rail to dealers. 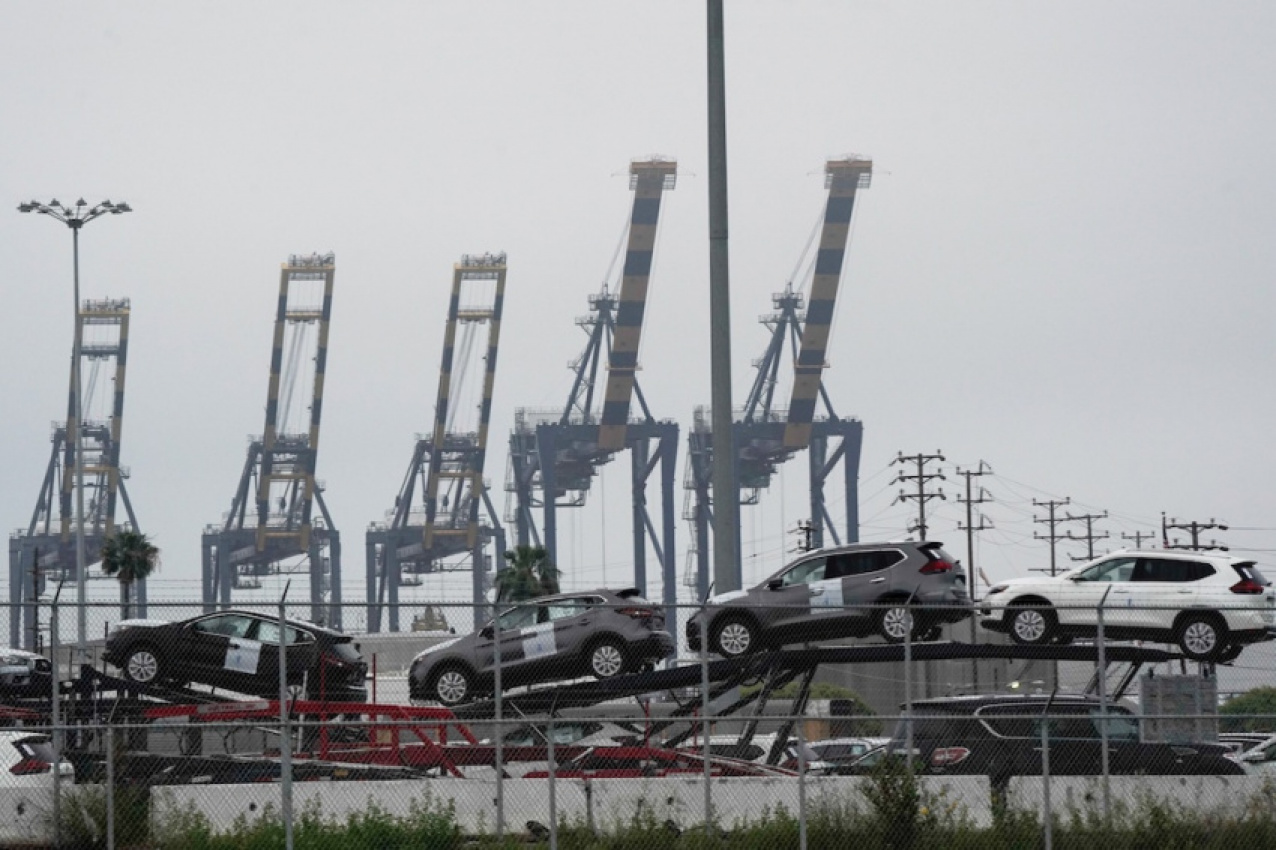 New Nissan Rogue crossovers are parked on a trailer inside an auto terminal at the Port of Los Angeles on April 28. – Bloomberg

But last month’s sales collapse produced a chain-reaction backlog, causing some ships to divert to other ports, others to wait days to discharge cargo and, ultimately, others to cancel voyages before they even got underway.

The Port of Hueneme, a major import facility in Ventura County, California, had to find space in the surrounding area for about 6,000 surplus cars, in addition to the 4,000 on its site.

Auto-logistics firms secured lots at a nearby cold-storage facility and an adjacent US Navy base after scouring sites at local colleges emptied by the coronavirus.

“You can’t stack cars,” said Kristin Decas, the port’s director and chief executive officer. “We even looked at using the Ventura County Fairgrounds.”

Toyota has taken the precaution of leasing additional storage space at a sports venue in California, even though it hasn’t yet experienced major issues accepting deliveries from inbound vessels, a spokesman said.

Nissan said the delays at Long Beach are a result of decreased demand amid the Covid-19 pandemic and that it does not currently have a timetable for clearing its vehicles from the port and secondary-storage lots.

“The company is optimising the flow of the vehicles and positioning them closer to dealers for quick availability when the market recovers and customers return to showrooms,” said Nissan spokesman Chris Keeffe.

Another car-carrying vessel, operated under lease by Japan’s Kawasaki Kisen Kaisha Ltd., arrived in LA on April 21 and discharged its cargo.

But the ship, the Morning Crystal, hung around for a week awaiting its next mission to Nagoya, Japan, which is atypical in a business where busy ships normally run routes back-to-back.

Even as ports struggle to cope with excess auto inventory, they’re preparing for an even worse outcome – deliveries stopping altogether as the recession digs deeper.

Demand for cars and trucks in the US is expected to drop 27% to 12.5 million vehicles this year, IHS Markit estimates, which would be the fewest for the industry since 2010.

Used-car prices are expected to plunge somewhere in the range of 8% to 16% through June, according to J.D. Power, then stabilise by year-end as the country reopens and demand picks back up.

Those sour predictions match up with what the Hueneme Port expects: at least a 25% drop in auto shipments in the coming year.

Auto-import logistics companies already have laid off about 80% of local staff in anticipation of a long dry spell, Decas said. Her port has only two car-carrying ships scheduled after May 17 compared with at least four or five a week in normal times, she said.

The port is fortunate in having another source of revenue, though. It’s a big importer of tropical fruit, like pineapples, avocados and especially bananas.

“People may not buy cars in a recession,” Decas said, “but they’ll eat a banana.”

Keyword: SUVs get parked in the sea, revealing scope of US auto market glut