These need to stop…

Early on the morning of September 5, a person watching a street takeover event was hit and ran over by an orange Dodge Charger. While the driver of the Mopar fled the scene, someone took the victim to a local hospital with injuries which were reported as non-life threatening. However, the victim was rushed into surgery and later pronounced dead.

Watch a street takeover pedestrian get run over by a Ford Mustang here.

The event was held in a parking lot and at the time of the incident involved two cars turning donuts at once. We don’t have details of exactly what happened, but we’ve seen enough of these gatherings to know plenty of people stand right by the cars as they spin around, to get better video and photos for their social media account. Sadly, that could be what cost this person their life. 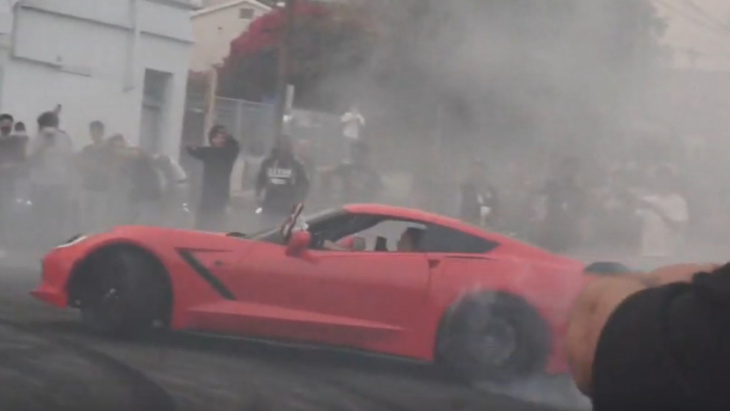 Police say the driver of the Dodge Charger later returned to the scene of the accident and was taken into custody. It sounds like he turned himself in without a fight, which was smart, even if participating in a street takeover wasn’t.

Family told local media 19-year-old Blake Holland was the victim in the fatal accident. They said he didn’t drive cars in street takeovers but would go to record videos. Sadly, that’s enough to get someone killed.

This is hardly the first fatality attached to a street takeover, something too many journalists label as “street racing.” For example, we covered a fatal shooting at an event in Detroit last year. Pedestrians are hit more often than you might imagine, plus street takeovers attract all kinds of other crime, like drug deals and human trafficking, which can end in violence.

We still contend these street takeover events aren’t for real car enthusiasts and give a bad name to the hobby. With plenty of people wanting to make enjoying performance cars difficult these days, we don’t need kids handing over excuses by shutting down parking lots or intersections for their personal amusement.