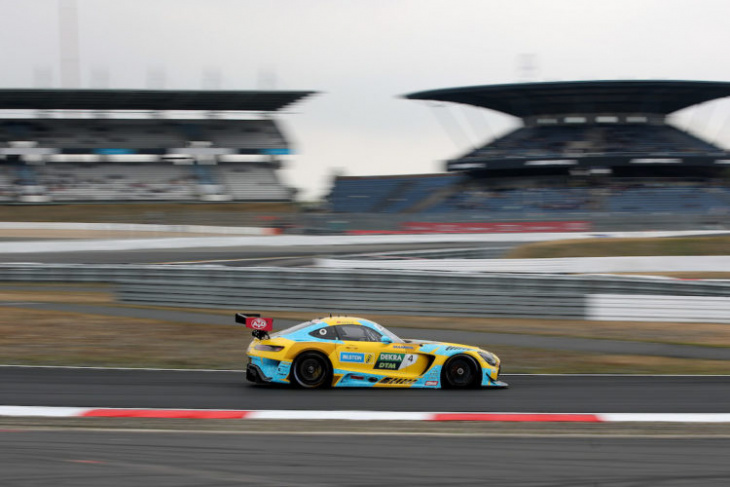 Luca Stolz won his first DTM race at the Nurburgring, the second race of this weekend, after starting seventh.

Polesitter Sheldon van der Linde finished ninth after an early-race safety car scuppered his chances of another win after yesterday’s victory. Stolz took the lead at the pitstops during the safety car, then never looked back.

Dennis Olsen finished second after starting third on the grid, four and half seconds adrift of Stolz. In third was Lucas Auer, completing the podium. The points scored moves him up into third in the championship, past Rene Rast, who retired from the race after contact with David Schumacher, causing the early-race safety car.

In tenth, taking home the final point, was Marco Wittmann.