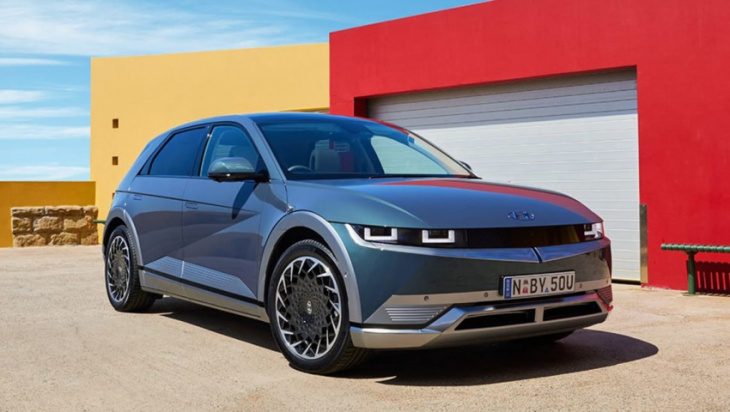 Hyundai Australia is confident it can become the “leading EV player” in the local market with the arrival of its all-new Ioniq 6 sedan in 2023. But supply constraints mean the brand’s management stopped short of declaring it will outsell Tesla, which is on course to sell approximately 18,000 EVs in 2022.

However, Hyundai Australia chief executive officer, John Kett, said the addition of the Ioniq 6 to the Hyundai range, which already includes the Ioniq 5 and Kona Electric, plus the introduction of the Genesis GV60, GV70 Electrified and G80 Electrified, mean the company has a broad range of models for customers to choose from.

“We’ll have Ioniq 5, Ioniq 6, Kona and then, to be honest, you add in all the Genesis products – and I know we’re two different brands but as HMCA, we should be able to represent ourselves as having the broadest portfolio,” he said.

“At some point, when supply is available, we should be able to be the leading EV player. I think that’s important to us.”

The present supply constraints are restricting Hyundai to selling the Ioniq 5 online only with approximately 80 available per month on average, which is far below demand from customers.

“Ioniq 5 sells in about 20 minutes, about 200 at a time,” Mr Kett said. “At any one point in time we have over 4500 people online trying to buy those 200 cars and our database [of potential buyers] is at 20,000 people. And that’s just Ioniq 5, so I can imagine they will be equally interested in Ioniq 6, given the space and what comes with that. We’re significantly oversubscribed in terms of interest in our vehicles and certainly in demand for our vehicles, we just can’t satisfy them.”

While Mr Kett is confident that the Ioniq 6 will be popular, he said Hyundai Australia will likely only get a limited number of cars in 2023, which will limit its selling potential.

Which is why he admitted out-selling Tesla, who have sold more than 15,000 vehicles in the first 10 months of 2022, would be unlikely until Hyundai Australia can get more supply.

“I don’t know. It’s such a good question,” Mr Kett said about the chances of being the biggest-selling EV player in the local market. 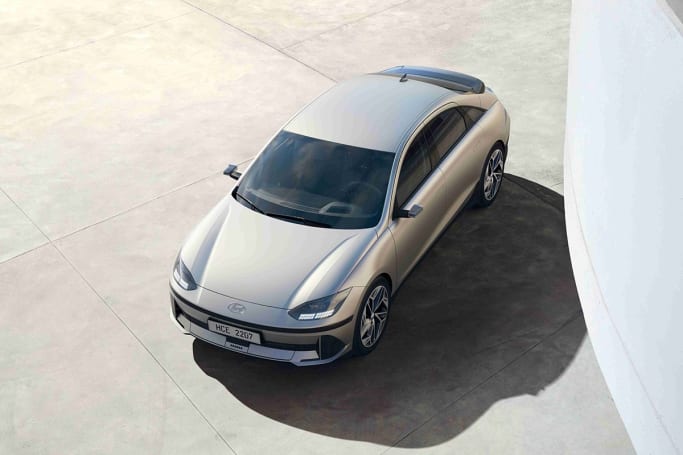 When the Ioniq 6 launches in 2023, Australia will only get a limited number.

“We’ve never tested it,” he added. “All we know is demand is ridiculously high and our selling model ensures our cars don’t sit in a dealer lot or sit as a demo, they just get sold to consumers. We don’t drive them as company cars and we most certainly don’t discount them to fleets or governments, everyone gets the same price, and they just disappear.

“So Tesla has really set the tone, I don’t think across all of our offerings I don’t think we’d have the volume to hit 20,000, but I think we’ve got the broadest portfolio across the group. Whether it’s Hyundai branded, Hyundai Ioniq or Genesis, I think it will be like that for a long time to come. In that regard we’re going to be leaders in terms of offerings but not, unfortunately, in terms of scale.”

Hyundai has plans to add at least two more electric models in the next 18 months, with the Ioniq 5 N performance car tipped to arrive in 2023 and the Ioniq 7 full-size SUV expected in early 2024.

Keyword: Step aside Tesla and Toyota, Hyundai wants to be the electric car leader in Australia!

SpaceX President and Chief Operation Officer Gwynne Shotwell was honored by the Rotary National Award for Space Achievement (RNASA) Foundation’s 2023 National Space Trophy. RNASA will hold a black-tie banquet honoring Ms. Shotwell in Houston on April 28, 2023. Every year an American who has made major contributions to ...


View more: The Best Midsize Trucks for the Money That Will Run Past 200,000 Miles

NHTSA Comments on Musk’s Outlandish Tesla Roadster Claims Analyzing NHTSA’s statement about that Tesla Roadster No comment on rocket booster legality Will we ever see a new Tesla Roadster in production? Tesla’s Elon Musk has never been shy about making bold claims. But his claim that the new Tesla ...


View more: NHTSA Comments on Musk’s Claims That the New Tesla Roadster will be a Hovering Rocket Car

The dash does not feel like it belongs to a 37 lakh car, but one thing is it’s built to last for sure. BHPian jerin.v recently shared this with other enthusiasts. Since all Toyotas in Bangalore decided to keep the unveiling at 11:00 AM on the 27th and I’m ...


View more: Which Toyota Has the Lowest Insurance Cost With a Poor Credit

JD Power went straight to the owners for information There were three factors that owners absolutely love about the Hyundai Santa Cruz Hyundai got all the features owners crave just right It’s hard to know exactly what will make owners happy when designing a car. You can always look ...