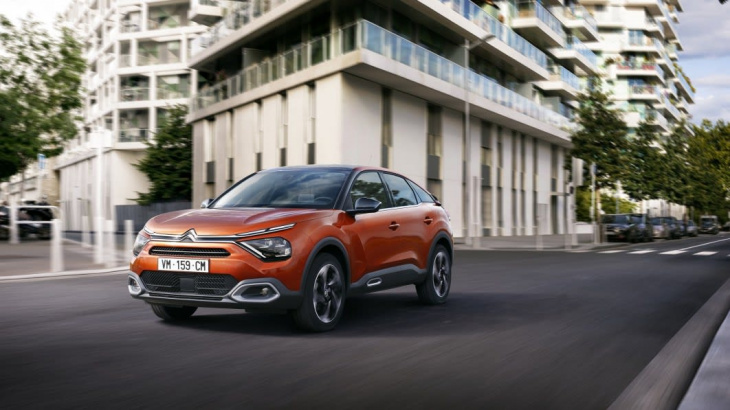 Stellantis-owned Citroën is worried that electrification is making it difficult for motorists to buy an affordable car by driving prices up. One of the company’s top executives said this trend is “a real threat,” and his comments were echoed by the group’s chief manufacturing officer.

“It’s really a threat that the electrification has increased the price of the car so much that people can’t afford cars anymore. It’s a real threat, not only regarding Citroën, so we’re increasingly conscious of that and are working on this,” explained Arnaud Ribault, the head of Citroën’s European division, in an interview with British magazine Autocar.

Going hybrid (and especially electric) threatens to drive some buyers out of the new car market for several reasons. One is that the cost of the raw materials needed to build a hybrid or an electric car tends to be higher than the cost of the raw materials required to make a comparable gasoline- or diesel-powered model. For context, the Citroën C4 (a crossover with a fastback-like roof line; pictured) starts at 22,900 euros with a gasoline-burning three-cylinder engine and 35,300 euros with an electric powertrain, figures that represent about $23,900 and $36,800, respectively. That’s a huge difference, even when the EV’s longer list of standard features gets factored in.

On our side of the pond, the 2022 Hyundai Kona carries a base price of $21,300 with a 2.0-liter four-cylinder engine between its fenders and $34,000 with a battery under its passenger compartment. Government incentives help narrow the gap, and the electric variant is better equipped than its gasoline-sipping counterpart, but these points don’t matter to someone with a budget of $25,000, for example.

Another issue, one that’s more prevalent in Europe than in the United States, is that it’s becoming increasingly expensive for companies to keep cheap gasoline-powered cars compliant with regulations that get stricter on a regular basis. Someone buying, say, an Audi A8 can absorb the cost of the extra equipment, but a buyer in the market for an entry-level model (like the tiny Citroën C1) very likely can’t. This gives carmakers two basic options: take the financial hit and reduce a profit margin that’s already wafer-thin, or pass the cost onto the buyer and watch sales plummet accordingly. While there are still some affordable small cars left in Europe, including the recently-unveiled Toyota Aygo X, the segment will shrink in the coming years as cars like the C1, the Peugeot 108, and the Renault Twingo retire without a successor.

Ribault told Autocar that his team is working on a solution. “The work we’re all doing now is to decrease the costs [of cars] to compensate for the raw material [cost] increase and the electrification increase,” he said. He didn’t explain how Citroën plans to make its cars cheaper.

In a separate report, Stellantis chief manufacturing officer Arnaud Debœuf warned that keeping the costs of cars in check is crucial. He told Bloomberg that “the market will collapse” if electric cars don’t get cheaper soon, and added that solving this problem is a “big challenge.”

Ribault and Debœuf are among the very few executives willing to risk getting lambasted by pointing out some of the inconvenient truths about electric cars. Toyota boss Akio Toyoda made similar comments in December 2020: he warned that banning the internal combustion engine could trigger job losses and electricity shortages while making cars more expensive. “The current business model of the car industry is going to collapse,” he predicted, and said car ownership is at risk of becoming “a flower on a high summit,” so out of reach for many.

While these predictions should be taken at least somewhat seriously from an industry veteran running the world’s largest car company, Toyoda was sharply criticized by a group of five investors in May 2021. Some threatened to sell their stake in the company.