‘Staging the Geneva Motor Show in Qatar is daft, laughable, unreal and unworkable’

Mike Rutherford laments the Geneva Motor Show’s demise, but was pleased with the success of the British Motor Show in Farnborough 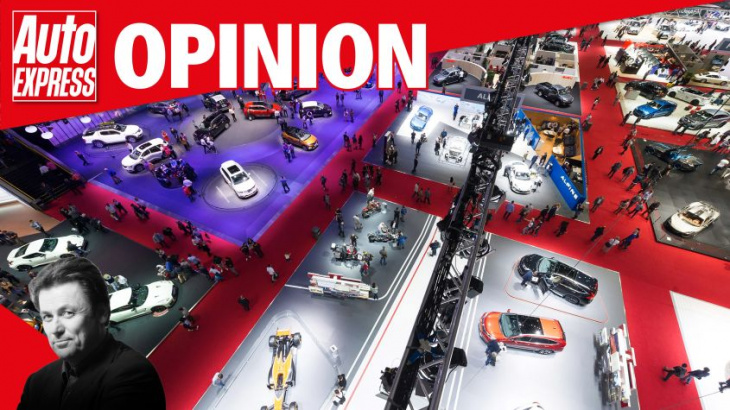 Motor shows are back, slotting into one of two distinct camps: real and unreal. Let’s start with the latter. Switzerland has staged its annual car exhibition for more than 100 years. Having attended it 30-odd times (plus all its major rival shows in Asia, Europe and North America), I can confirm that the Geneva International Motor Show was, consistently, the world’s best and most significant automotive gathering – right up until 2019.

But on August 18 2022, the organisers in effect pulled the plug on this big and once hugely important event. Why? “Uncertainties in the global economy and geopolitics,” plus “the development of the pandemic,” they explained. Tragedy then morphed into comedy with the follow-up announcement that “the Geneva International Motor Show will be held exclusively in Qatar in 2023”.

Put another way, the once great Swiss car exhibition is being moved to, er, Doha. Daft, laughable, unreal and unworkable? All four, I reckon. Meanwhile, 600 miles from Geneva in Farnborough on the same day – August 18 2022 – The British Motor Show opened its doors to the car-hungry public, the motor trade/industry, a few motor-mad celebrities and a car-friendly politician or two.

Sure, there were a few chaotic and comedic moments at the indoor/outdoor Brit bash last week, but they were mostly related to traffic congestion and unpredictable weather – without which, Britain just wouldn’t be Britain, would it?

On a more productive note, UK Government’s trade minister, Ranil Jayawardena, was brave enough to put in an appearance and face critics like me. He spoke loud and clear to members of the press, public and industry, with what sounded like genuine enthusiasm for cars, technology, investment, manufacturers and most other things automotive.

There was an official world record by global (including Hollywood) stunt driving ace Paul Swift, from Darlington! Plus the world unveiling of the ruggedly impressive- looking INDe E, from Hailsham. Meanwhile, the Best Cars of the Year stand was delivered by little ol’ me, from Greenwich.

I put on show the 2021/22 Best Car of the Year Joint World Champions: the Hyundai Ioniq 5 and Kia EV6. But I also wheeled in some of the contenders for the 2022/23 title(s). They included an eclectic mix of the Maserati Grecale, Nissan Ariya, VW Multivan, Toyota bZ4X and GR86, Dacia Jogger (best bargain of the year, surely), Genesis GV60 and Ford Bronco – a car that’s not destined to go on sale in Britain and is, technically, not even here. Yet it was on the Best Cars stand. Strange, that! Equally curious is that the cute Citroen Ami, which I also brought to the show because it’s the best quadricycle in the world, attracted as much, if not more attention than cars costing five or 10 times more.

Incidentally, members of the public – that’s you – now have a say in the Best COTY/New Car World Championship voting process. Feel free to go to bestcarsoftheyear.com and hit the orange Public Vote button.

Do you agree with Mike? Let us know your thoughts in the comments section…