SpaceX has set a new record for the heaviest payload launched on a Falcon 9 rocket as part of a routine Starlink satellite launch.

Simultaneously, the rocket responsible for setting that new record launched with a reusable booster that was last spotted clinging to life – engines heavily damaged – on the deck of a SpaceX drone ship eight months prior. At the time, it wasn’t clear if the Falcon 9 booster – theoretically capable of supporting at least 12-14 more launches – would be able to recover from the damage and fly again.

It’s now clear that the booster suffered no major invisible damage, ultimately allowing SpaceX to complete repairs and return the rocket to service at the cost of a lengthy delay.

Squeezing extra performance out of Falcon 9 – almost at 17 metric tons to an actual useful orbit with booster & fairing reusable! https://t.co/vgHsmaSj7d

According to spaceflight writer Alejandro Alcantarilla Romero, one additional cost – at minimum – was a full set of new Merlin 1D engines. Sometime shortly after Falcon 9 B1069’s flawless December 2021 launch and landing debut, a robotic helper known as Octagrabber most likely lost its grip on the booster while attempting to secure it. Likely already in high seas, the conditions prevented SpaceX workers from safely boarding the ship and manually securing the booster, which was then free to slide about its tilting deck.

Alternatively, it’s possible that Octagrabber successfully secured the booster but was then subjected to truly awful sea conditions. Designed to passively hold boosters to the deck with its sheer weight, even the tank-like robot wouldn’t be able to save a booster if a storm caught the drone ship off guard and the waves were high enough. 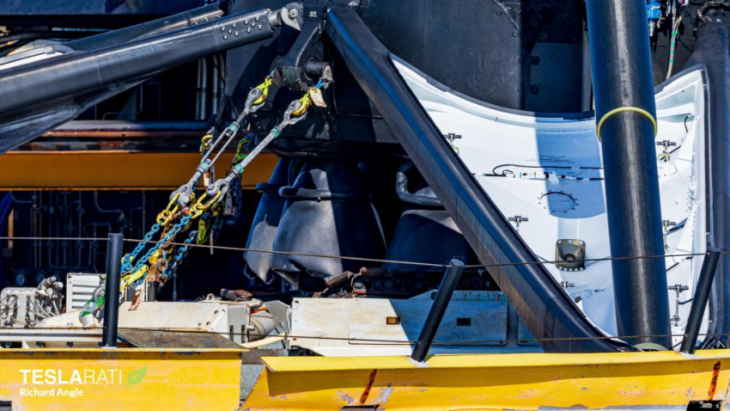 Either way, B1069 returned to port pressed against the lip of drone ship Just Read The Instructions’ (JRTI) deck, leaning hard to port. Worse, each of its nine fragile Merlin 1D engine nozzles had been crushed like tinfoil against Octagrabber, damaging them well beyond repair. While there’s a chance that SpaceX was or will be able to salvage the parts of B1069’s original M1D engines above their bell nozzles, it’s little surprise that the company had to fully replace those engines before the booster could fly again.

The damage B1069 suffered on its first launch makes it even more impressive that SpaceX attempted to break Falcon 9’s payload record with its return to flight, suggesting that the company was extremely confident in its repairs. 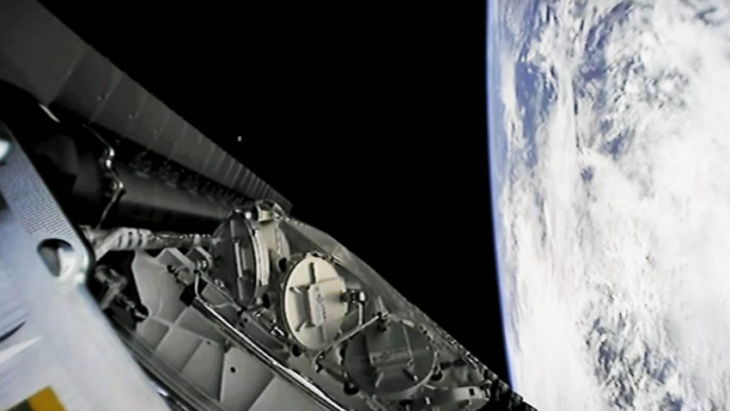 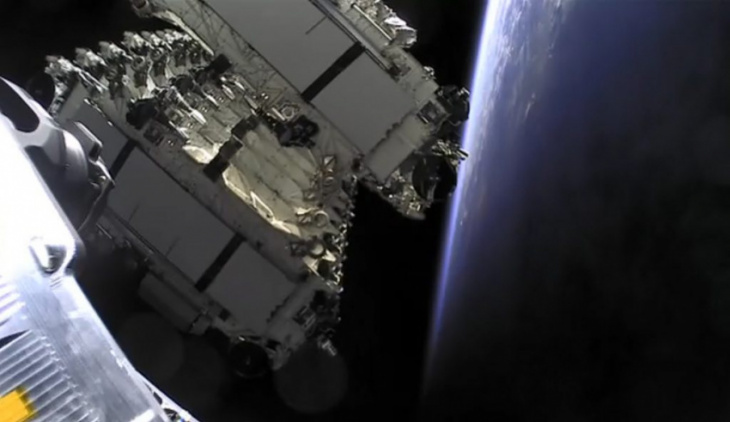 SpaceX confirmed that Falcon 9 broke the record with its launch of 54 Starlink V1.5 satellites at the end of its hosted webcast, revealing that the rocket launched 16.7 metric tons (~36,800 lb) to Low Earth Orbit (LEO). The last confirmed record – claimed by CEO Elon Musk – was 16.25 tons spread over 53 Starlink V1.5 satellites, which doesn’t entirely add up unless SpaceX added several kilograms to the mass of each satellite between March and August 2022.

Assuming that both numbers are comparable, a roughly 3% improvement is far from an earth-shaking or surprising step forward for SpaceX, a company, renowned for relentless iterative improvement. What is impressive, however, is that SpaceX pushed the envelope while Falcon 9 is both fast approaching its 150th consecutively successful launch and the only rocket currently certified to launch multiple NASA astronauts to the International Space Station. SpaceX’s fifth operational NASA astronaut launch (Crew-5) is scheduled as early as October 3rd. If SpaceX pushing the envelope on Starlink 4-23 had somehow caused the launch to fail, all Falcon 9 rockets would have likely been grounded for months, almost certainly delaying Crew-5 and throwing NASA’s ISS program into chaos.

Given how successful and reliable Falcon 9 already is, it would be hard to blame SpaceX if it decided to freeze the program and avoid additional changes, even if those changes could slightly improve the rocket’s performance. Instead, the company somehow manages to continue upgrading Falcon 9’s performance without obviously impacting its reliability or incurring the wrath of its strictest US government customers. Even Falcon landings, once considered a secondary objective that could be allowed to fail, haven’t suffered. Starlink 4-23 marked SpaceX’s 64th consecutively successful booster landing.