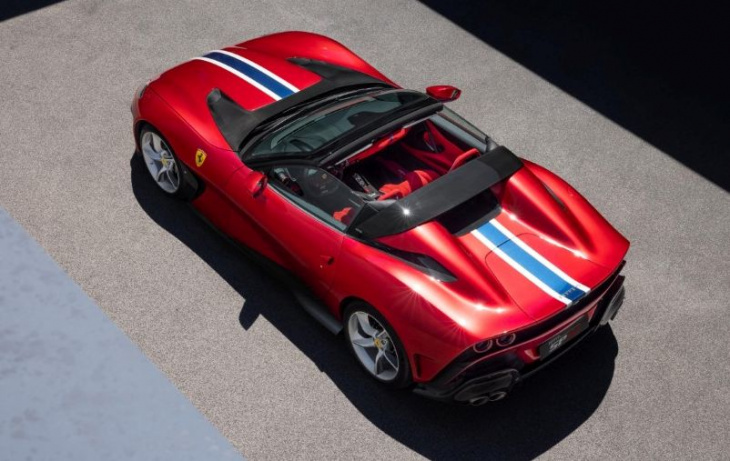 MARANELLO: The latest addition to the Prancing Horse’s One-Off series, the Ferrari SP51, was unveiled on Wednesday.

It was built to the specifications of a Taiwan-based client, making it the very pinnacle of Ferrari’s customisation scope and range. The client also happens to be an avid Ferrari collector.

Designed by the Flavio Manzoni-headed Ferrari Styling Centre, the SP51 is a front-engined V12 spider based on the 812 GTS platform from which it inherits its layout, chassis and engine.

Ferrari did not reveal the price for the SP51 but you can rest assured it’s far more than the sticker price for the base 812 GTS. 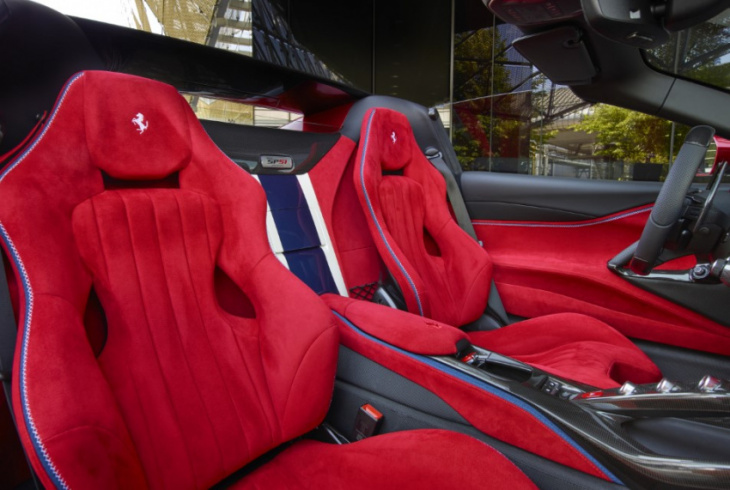 At first sight, the new car’s most striking characteristic is its total absence of a roof.

The SP51’s aerodynamics required meticulous honing in a process involving CFD simulations, wind tunnel and dynamic testing to guarantee not just the ultimate in comfort in the cabin, but also the same standard of acoustic comfort and wind feel as the car that inspired it.

The SP51’s styling is modern, sinuous and sensual at once, in great part as a result of the extensive use of bare carbon-fibre both on the exterior and in the cabin.

The trim on the bonnet is striking as it frames the two air vents. 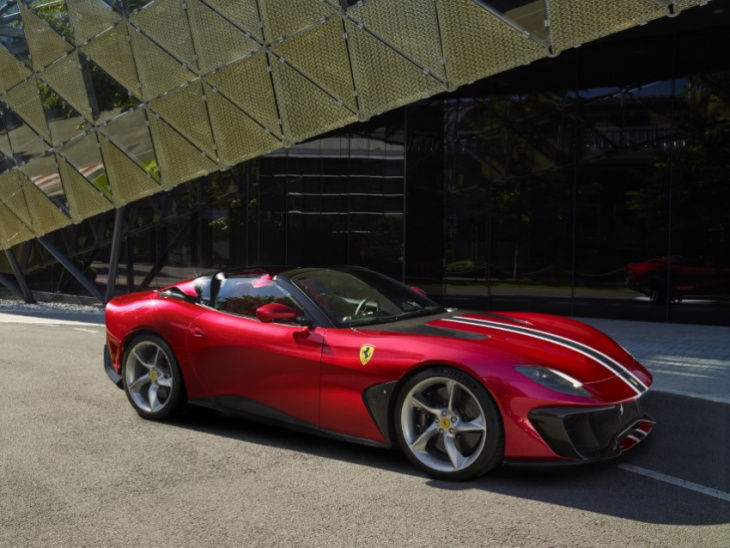 Another of the SP51’s highlight is its new Rosso Passionale three-layer paintwork – the colour was developed specifically for the car and gives it an elegant yet imposing character.

This impression is further enhanced by the blue and white livery inspired by a legendary 1955 Ferrari 410 S which not only runs the length of the car, but is also referenced in the interior.

At the front, specially-designed headlights give the SP51 an instantly recognisable and forceful identity. Also noteworthy are the wheels, which are specific to the car and have carbon-fibre wing profiles on each of the spokes which also feature a sophisticated tone-on-tone diamond-cut finish on the forward-facing section. 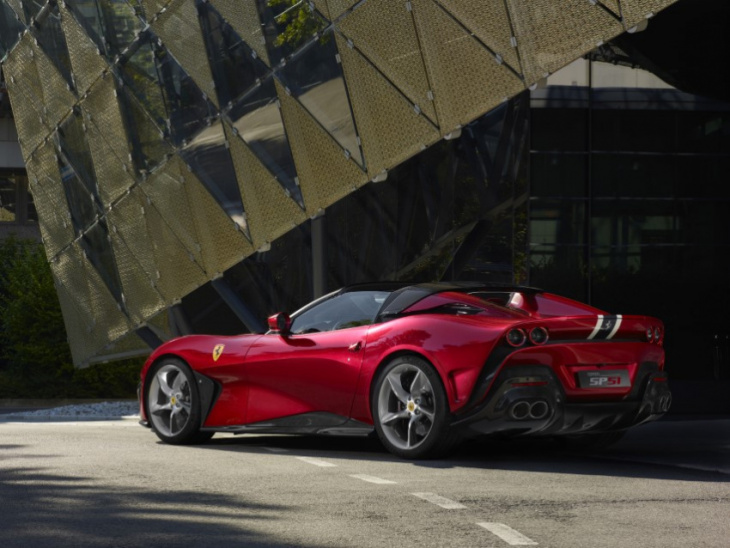 The rear of the car is dominated by an arched theme with the taillights inset below the spoiler. Immediately behind the cabin are two flying buttresses that are visually softened by two deep carbon-fibre scoops.

Between these two elements stretches a transverse, carbon-fibre wing, the profile of which folds over the buttresses.

The resulting effect is vaguely reminiscent of a Targa-type car in which the flying bridge conceals the anti-roll hoop, a nod to the solution adopted on Ferrari’s early-1960s Sports Prototypes.

The cabin personalisation pivoted around two ideas: the decision to use the same Rosso Passionale colour custom-created for the exterior as the main colour for the Alcantara trim, and the idea of extending the lengthwise exterior livery into the cabin. 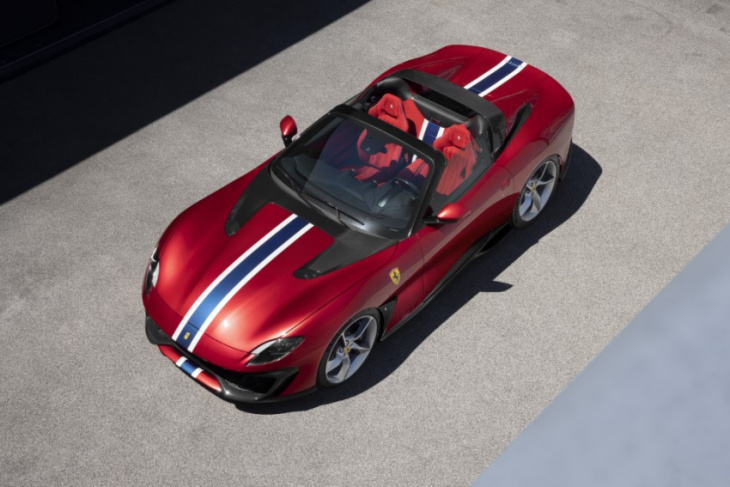 Its white and blue stripe, in fact, both appear on the central tunnel and the fascia between the two seats on the firewall, as well as on the steering wheel stitching, creating a sense of seamless continuity between exterior and interior.

The special finish for the door panels, the lower section of the dashboard and the sides of the seats, comprising a blue Kvadrat insert with white cross-stitching, also picks up the livery.

Glossy carbon-fibre trim has been extensively used throughout the interior where it pairs well with the Nero Momo Opaco elements.

The look is further enhanced by several white embroidered details (including the Prancing Horse and car logo, also found on the lower rim of the steering wheel). 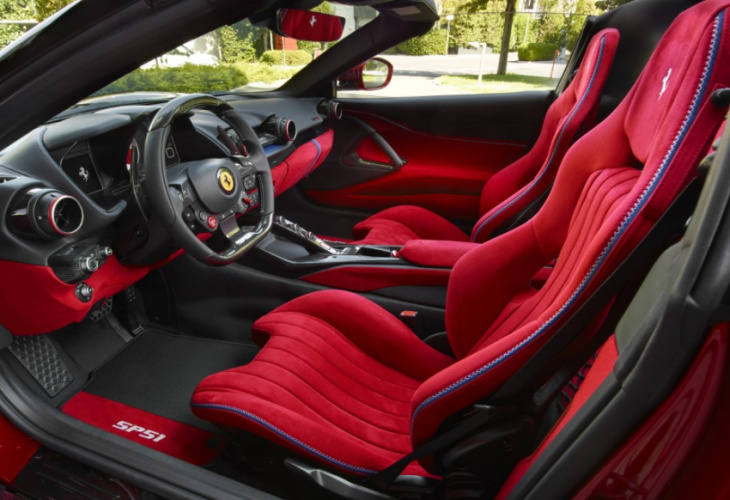 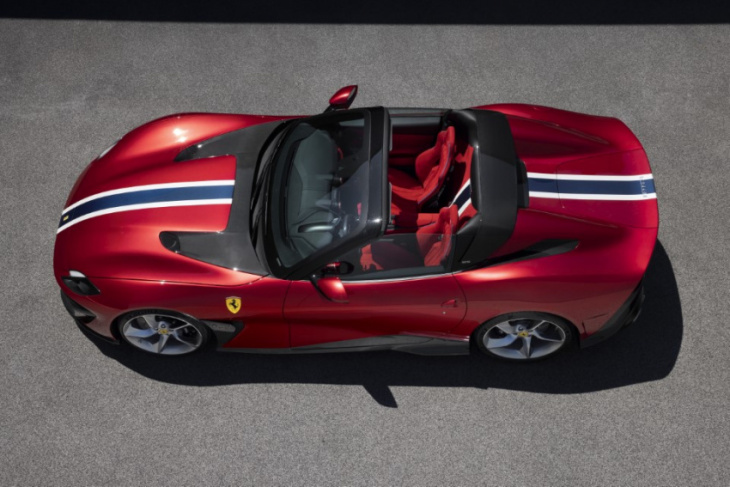 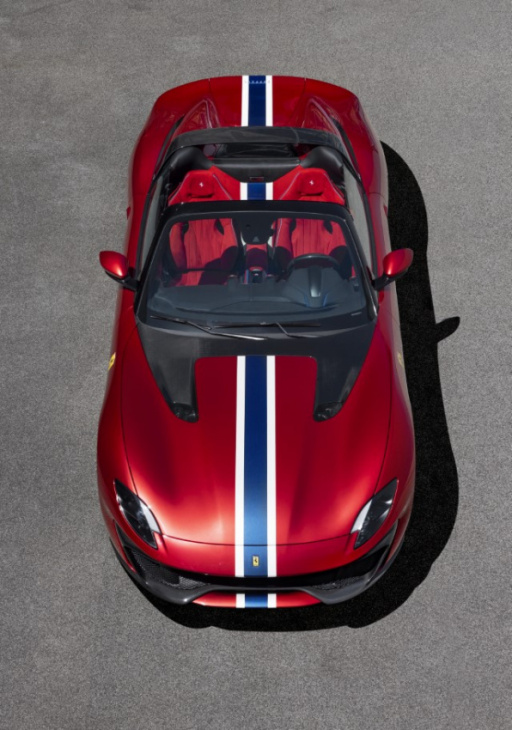 Keyword: SP51 is Ferrari's latest one-off based on 812 GTS

Despite the internet’s dislike for SUVs, the Ferrari Purosangue has received too high of a demand that has forced Ferrari to stop taking orders for it. The high demand has also caused the waiting time for the Purosangue to last for up to two years for some customers. During ...

This is one of only 399 made. Few supercars are named after titans of the auto industry, making this 2003 Ferrari Enzo an exceptional machine. A successor of the Ferrari F40 and F50, the Enzo not only carried the name of the founder but also a legacy of bringing Formula ...

This is the eighth of 349 examples built. As a successor to the F40, the F50 was Ferrari’s attempt at making a Formula 1 car with a passenger seat. In fact, it was touted as such by Ferrari’s president at the time who said it would be “the first and ...


View more: One Of The Best Ferrari F50s Is Being Sold Next Week At RM Sotheby's Miami Auction