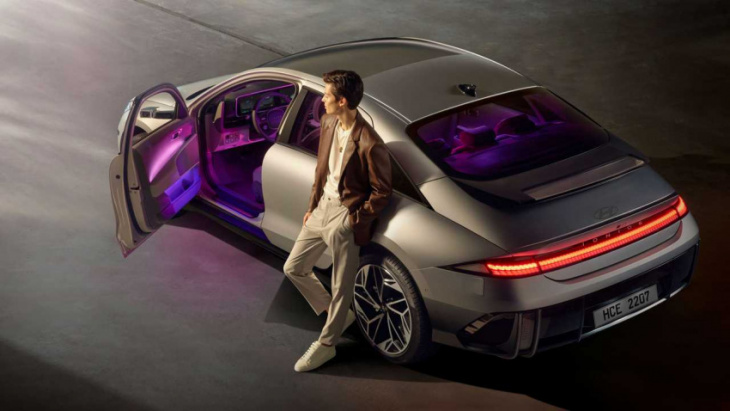 Hyundai announced earlier this week that it received 37,446 preorders for the all-new Ioniq 6 model in South Korea on the first day of presales.

It’s also a clear sign that the Hyundai Ioniq 6 has been well received and that there is huge demand.

We can assume that once the company opens order books in other markets, like the US and Europe, it might be quickly overwhelmed. Customers will have to act quickly if they are hoping to get their cars by the end of 2023.

The Hyundai Ioniq 6 was unveiled at the Busan Motor Show in July. The E-GMP-based sedan will be available with two battery versions: 53.0 kWh and 77.4 kWh. Thanks to very good aerodynamics, it’s expected to offer a pretty good range of up to 610 km (379 miles) WLTP.

There are also two drive unit options: single motor, rear-wheel-drive, and dual-motor, all-wheel-drive (up to 239 kW). The top-of-the-line configuration is promised to accelerate from 0 km/h to 100 km/h (62 mph) in 5.1 seconds.

Of course, as with the other E-GMP based models, the Hyundai Ioniq’s strength will be an outstanding fast charging capability, which should allow it to recharge from 10% to 80% state-of-charge (SOC) in just 18 minutes. On top of that comes the vehicle-to-load (V2L) system to power external devices through the charging port.

Prices in South Korea, after including local subsidies, start at 52 million KRW (over $39,000) in the case of the basic long-range version.

The official launch of sales in the domestic market is set for September. In the US, the Hyundai Ioniq 6 will appear in the first half of 2023 (production should start in January).

Final consideration: Buying experience: Driving experience: What makes this engine leaps and bounds better than the competition is its refinement. Fire it up, and all you hear is a dim hum. Accelerating in a linear motion, you never feel at a loss of power. BHPian BlackAdam recently shared this ...

Snapshot ABS module short circuit could lead to vehicle fire Impacts vehicles from 2015-2017 Does not impact braking system Hyundai has issued a recall notice affecting around 8800 Santa Fes built between April 2015 and May 2017. According to the Department of Infrastructure, which issued the notice, when the ABS ...