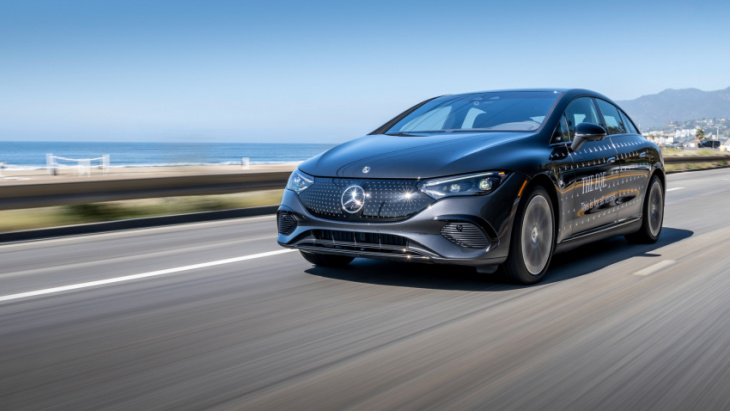 Typically when you buy a vehicle you’re entitled to all the performance contained within. Mercedes-Benz is looking to change that by requiring buyers to sign up for a subscription if they want to unlock the maximum performance in their vehicles.

First noted by The Drive, Mercedes has already launched a subscription called Acceleration Increase, which as the name suggests will improve the acceleration of a vehicle, by increasing its power and torque.

The subscription costs $1,200 annually and is currently available for the EQE, EQE SUV, EQS, and EQS SUV. In each case, 0-60 mph acceleration is improved by around 0.8-0.9 seconds.

The subscription is available through the Mercedes Me app, meaning it can be added after the point of sale.

Mercedes said the performance gains are achieved via electronic means, specifically via adjustment of the power and torque curves of a vehicle’s electric motors. However, it isn’t clear if the adjustment can be handled via an over-the-air update or whether it requires a visit to the dealership. It also isn’t clear whether range will be affected.

We’ve reached out to Mercedes for answers to these questions.

It’s not the first time Mercedes has launched such a subscription. In some markets, the automaker charges an annual subscription to unlock the more advanced all-wheel-steering system on the EQS, a feature that for now is standard in the U.S. The more advanced system can tilt the rear wheels up to 10 degrees, versus the standard system that tilts them only 4.5 degrees. Here the only difference is software that can be added (and presumably removed) via an OTA update.

Automakers are rolling out more subscriptions as they look to grow sources of revenue. In some markets, automakers have even started offering features like heated seats or automatic headlights on a subscription basis.

Not everyone is keen on such business practices being introduced. Two members of the New Jersey General Assembly, Paul Moriarty and Joe Danielsen, in September introduced a bill (No. 4519) that aims to make it illegal for automakers and dealers to sell subscriptions for features that use hardware already installed in the vehicle at the time of purchase.

However, the bill leaves a caveat for features that require ongoing expenses to the automaker, dealer, or any third-party service provider, such as content streaming services and newer automated driver-assist features that are upgraded over time, for example with new functionalities or greater map coverage.

Mercedes owners in Germany can now drive to an airport, jump out of the car with their suitcases and the vehicle will take itself to a park space. The fully-automated parking software has been co-developed with tech company Bosch and is now available at Stuttgart Airport – granted you have ...


View more: The airport where cars can park themselves! Expensive Mercedes models can now self-drive to pre-booked spaces in Stuttgart Airport